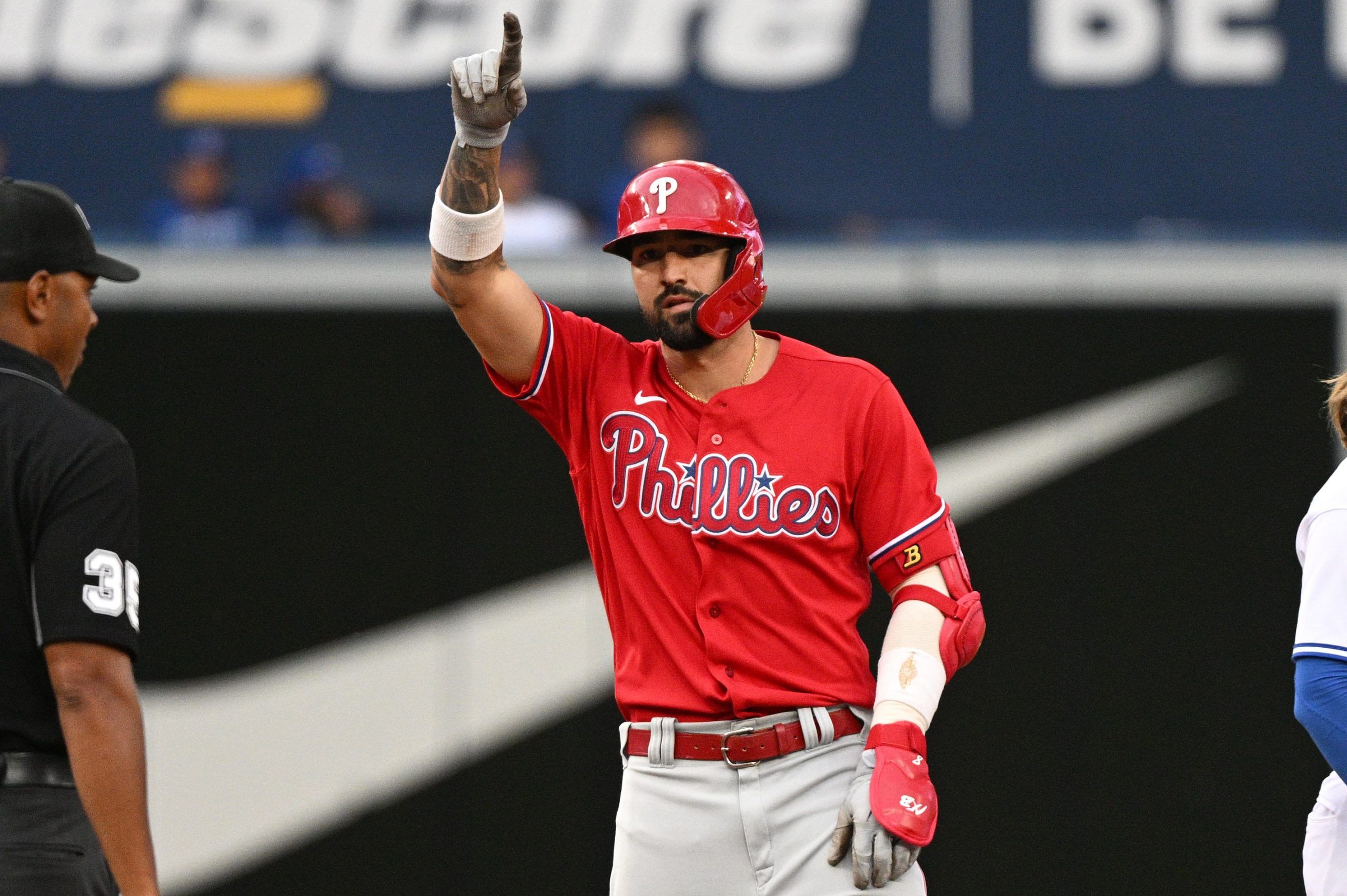 We are continuing the weekend in Major League Baseball with a full 15-game slate on Saturday. Two of those contests are being regionally televised on FOX at 7:15 pm ET, including this showdown between the Philadelphia Phillies and Pittsburgh Pirates. Here is our same game parlay, and also be sure to check out our full Phillies-Pirates preview in addition to all of our MLB previews.

Nick Castellanos to record an RBI (+135)

Part of the value in same game parlays, of course, is that all of its components can be correlated if you so choose. That is some of the plan here, as Nick Castellanos driving in at least one run would obviously work well with a big win by Philadelphia. At the same time, plays that aren’t correlated drive up the overall payout of the parlay. That is the case with backing Pittsburgh starter Mitch Keller to rack up a fair number of strikeouts, but even if he does there is no reason why the Phillies can’t roll. Let’s break down each of the three legs one by one.

The Phillies endured a rough start the second half of their season but have quickly turned things around. They won their midweek series against one of the league’s best teams in the Braves, before heading cross-state for this series. It was the Cubs who swept the Phillies out of the all-star break, and they followed it up by sweeping the Pirates. Pittsburgh is in jeopardy of falling into last place in the NL Central by the time this series concludes. After having to face Phillies ace Zack Wheeler in the opener, they are back to another rough matchup on Saturday. Ranger Suarez may not be ace caliber, but the Pirates have not enjoyed facing lefties this season. They have the 5th-lowest OPS against such pitching and are one of the weakest lineups in general. That’s great news for Suarez to continue his strong month. He led Philly to a dominant 10-0 win over the Marlins just prior to the all-star break and pitched to a win over the Braves on Monday. Count on more success for Suarez and the Phillies.

Nick Castellanos to record an RBI (+135)

Castellanos is 7-for-21 lifetime against Keller with two home runs and two doubles. Kyle Schwarber is 4-for-6 and J.T. Realmuto is 3-for-6, so it figures that guys will be on base when Castellanos comes to the plate today. He is on a three-game hitting streak and has recorded five hits in the last two contests alone. Riding high on confidence and likely with teammates helping him out at the top of the order, there is great value on Castellanos well into plus money to drive in a run.

Keller has always displayed a good slider, and this season he has a 29.3% whiff rate on that pitch. A change he has made to his slider mid-season is he is throwing it around 82 MPH now instead of his normal 86 MPH or so. That has added a larger gap in MPH between his slider and his fastball that sits 96. That’s helping to keep batters off balance. Keller has added a sinker this season and it has his highest put-away rate of any pitch at 29.7%. These adjustments are allowing Keller to go deeper in games, having recorded 6.0 or more innings in six of his last nine starts. He has allowed just four earned runs and two walks to go along with 18 strikeouts in his last three appearances. Before Zach Thompson had only four strikeouts yesterday, eight straight right-handed starters had exceeded this line against the Phillies.