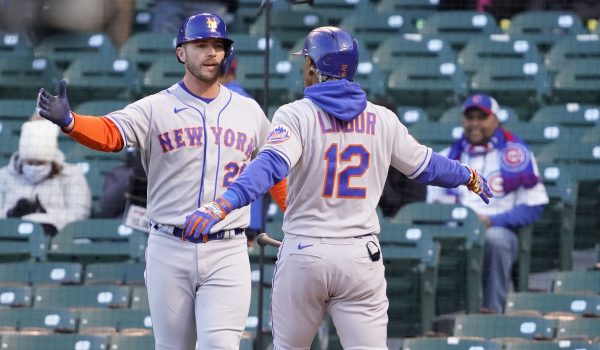 The MLB season is officially in full swing, and it’s been long enough for us to more or less know where things stand. We have a nice big slate on Tuesday, and one of the best games is this NL clash between the Chicago Cubs and New York Mets. It should be a great one, broadcasted by ESPN.

We have a three-leg parlay here, one which pays out just shy of 12/1 with FanDuel Sportsbook. Let’s break it down:

The Mets are rolling right now, having won six of their last eight games. Five of those six victories have come by at least three runs. New York just beat the Orioles 14-1 this past week, showing they have the kind of offensive upside needed to cover this alternate run line. There’s a huge mismatch on the mound here, with Walker going up against Alec Mills for the Cubs.

Walker has been downright dominant this season, while Mills is a 29-year-old with only 18 career starts under his belt. In 13 appearances and one start this year, he has a 6.08 ERA. He has only pitched once since May 15 and now has to face an ascendant Mets lineup. New York should cruise to victory.

This correlates very strongly with the Mets winning big. Walker has proved to be one of the best offseason acquisitions in the league this year, entering with a 2.07 ERA. In two of his past eight starts he’s gotten to at least eight strikeouts, so I don’t think seven should be as high as +190. In those two starts that he got to eight? The Mets won them both by a combined score of 27-3.

Clearly, if Walker starts racking up Ks it’s a good sign for our Mets -3.5 bet. Overall, he’s gotten to at least seven in five of his last 10 outings–so this really doesn’t feel like a +190 proposition. Keep in mind that the Cubs have struck out the ninth-most times in the league this season.

This one also correlates nicely with the Mets winning. Lindor struggled mightily early on, which has caused this price to get reduced a bit from what it would normally be. He has a hit in 11 of his past 15 games now, which is a rate better than 73 percent. For a bet to be profitable at -220 odds, it only needs to hit 68.8 percent of the time. Then when you throw in the fact that he’s going up against a mediocre (at best) pitcher in Mills, I like his chances a lot. He’s clearly started to turn a corner the past couple of weeks, raising his OPS from below .600 to .661 just since June started.

MLB 18h ago
Daily public money update: Bettors think France can keep it up in basketball

MLB 20h ago
Best sportsbook promotions and odds boosts for Tuesday: MLB and the Olympics