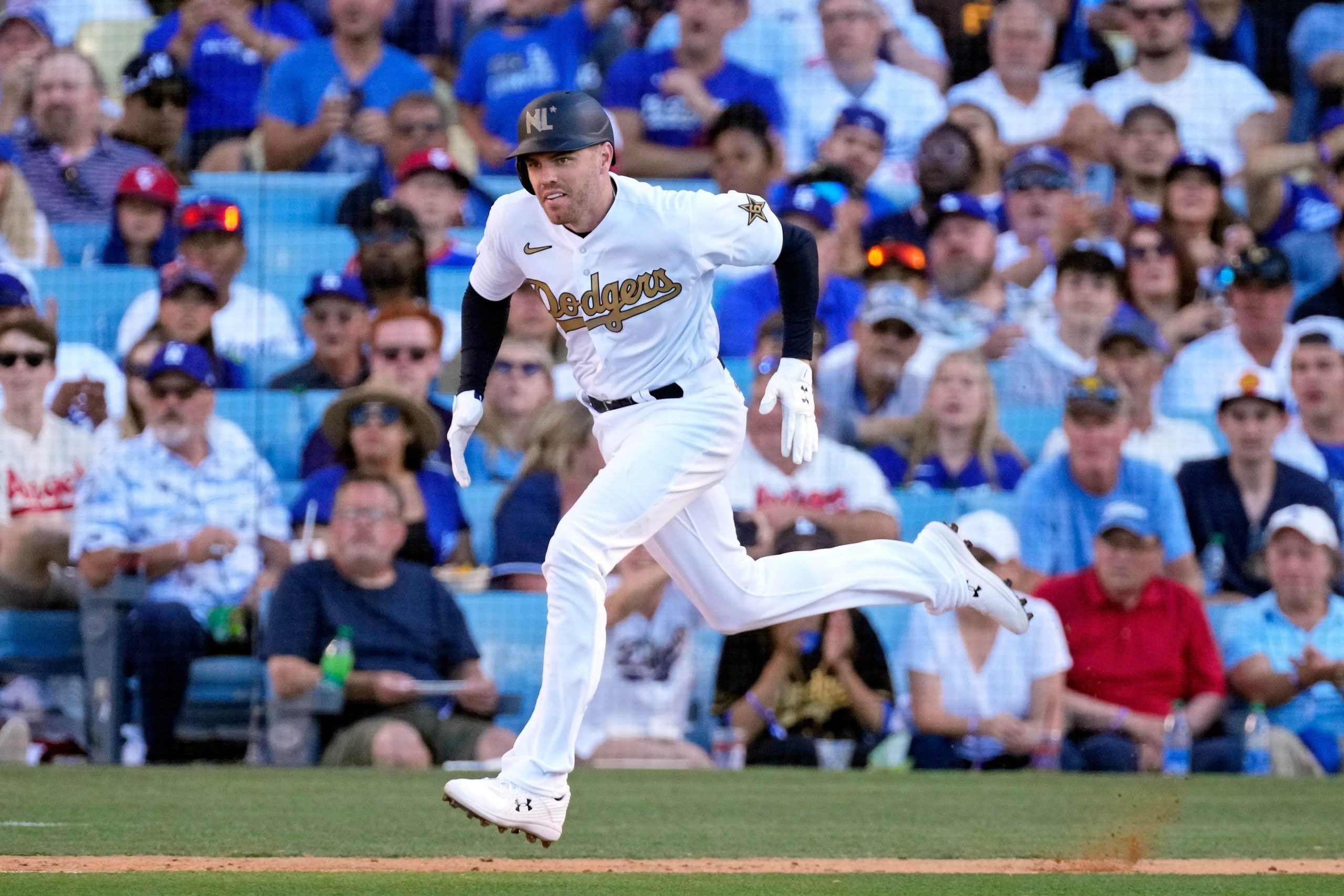 Although it’s been the all-star break, Dodger Stadium has had plenty of action this week. After both the Home Run Derby and All-Star Game, the Dodgers are starting up the second half of their season at home as well. It’s only fitting that it’s with a divisional series, as the NL West is always one of the most competitive. However, LA has been taking control of it thus far, and can do the same in this game in a few different ways. Along with this same game parlay, be sure to check out our thoughts on the side and total for all of today’s games.

Not only are the Dodgers taking control of the NL West, they’re starting to do so for the entire National League. They’re the only NL team with 60 wins, trailing only the Yankees for the best record in baseball. LA is also starting the second half of their season with an incredible month of July thus far. They took 3 of 4 against the divisional-rival Padres, swept the Rockies and Cubs, won their series against the Cardinals, and just smashed the Angels 16-2 across 2 games. As if this month alone wasn’t enough, they’ve won 18 of their last 20 home games against NL West teams. There are countless trends in their favor, which shouldn’t be surprising for a team with the second-best record in the league.

However, it’s also worth noting that this is a bit of a revenge series for the Dodgers. The last time they did have some struggles, albeit brief, was the last time they faced the Giants. They were shut out in San Francisco for the first time in several years as they were swept out by the bay. LA will be relying on Mitch White to avenge that loss, who has done well since he’s been added to the rotation. He’s been needed with Walker Buehler on the injured list, and the team has won 2 of his last 3 starts. As for Carlos Rodon, the Giants have now lost 3 of his last 5 starts. Even 1 of his wins in that span was a close 4-3 game against a weak Tigers team. The Dodgers should continue their great form they had headed into the all-star break.

Just as there are several trends in favor of the Dodgers winning this game, there are just as many for them to do so in low-scoring fashion. If you combine the total runs scored in the last 2 games these teams played, it’s just 7 runs. For as recognizable as the names in the Dodgers lineup are, their matchups with NL West teams haven’t been the ones where they light up the scoreboard. The pitching staffs are always familiar with each other, and it shows. The last series opener between these teams that was in Dodger Stadium was a 3-1 Dodgers win. White wasn’t on the mound for that 1, but 4 of his last 5 games have finished with 8 or fewer runs. With Rodon having 7 of his last 8 outings end with 8 or fewer runs, the trends should continue tonight.

Targeting a hitting prop while also predicting a low-scoring game is not as contradictory as it may initially seem. There can still be plenty of hits and even extra-base hits in a 1-0 game, let alone a game that can still finish with 8 total runs. Regardless, the more difficult aspect of this is narrowing down which of the incredible Dodger hitters to go with. Mookie Betts and Freddie Freeman are 2 of the top 4 NL MVP candidates. Including Trea Turner, they make up 3 of the top 7 favorites.

Their lineup truly is an embarrassment of riches, but we’re going to go with the reliable Freddie Freeman. He leads the league with 114 hits and has the 2nd-most doubles with 31. That perfectly illustrates that his ability to hit this prop with either multiple hits or just a single swing. Along with 2 triples and 13 home runs, he has the 6th-most total bases in baseball with 188. Freeman also entered the all-star break as hot as ever, hitting this prop in 6 of his last 8 games. He’s already had games with 3 and 5 total bases against the Giants this season, and should make it another tonight.