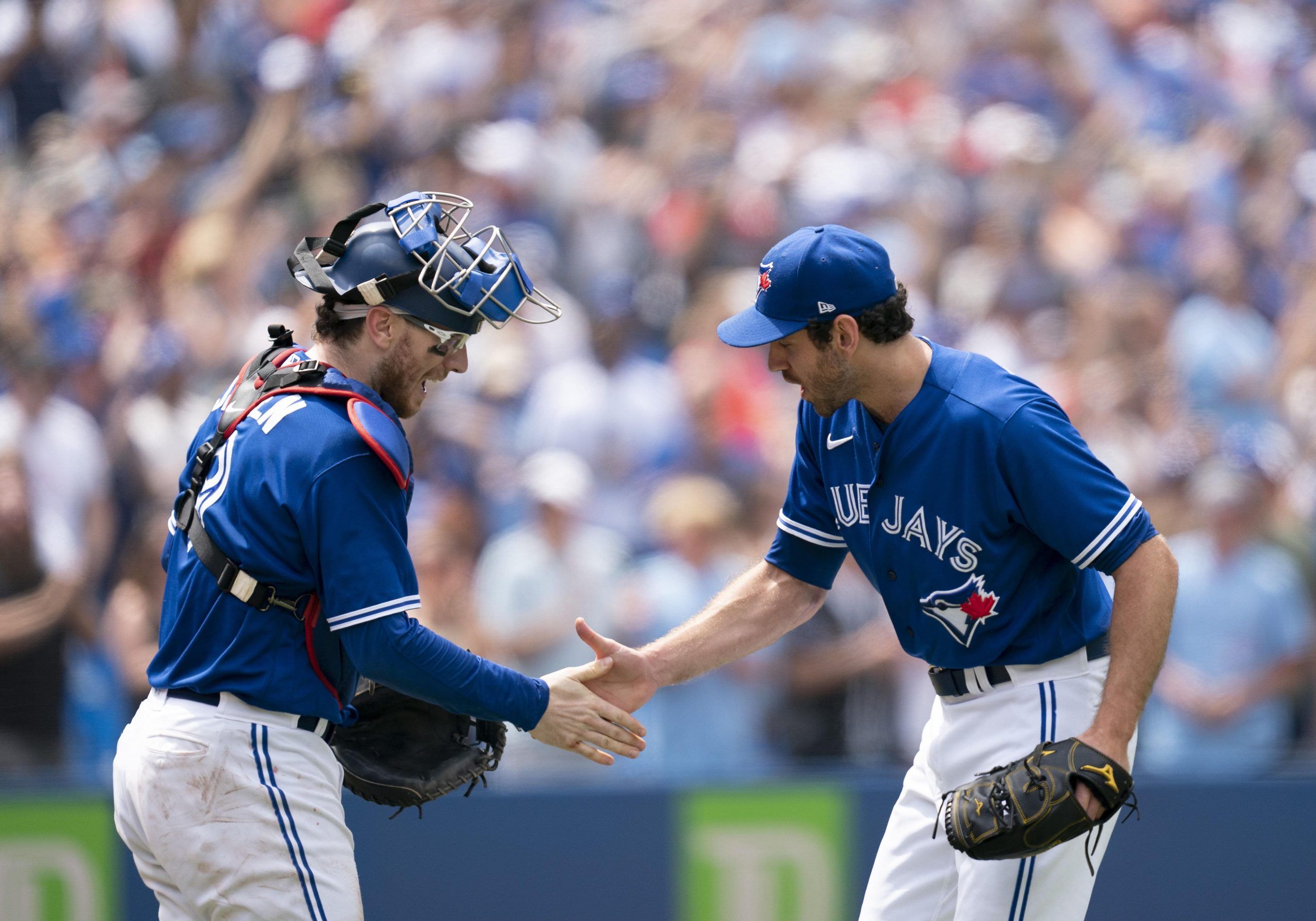 The second half of the MLB season is in full swing as we have a 16-game slate on Saturday. Notable matchups include rivalry’s between the Blue Jays-Red Sox, Astros-Mariners, and Giants-Dodgers. With a massive slate of games, we have created a +1032 mega parlay for Saturday’s action.

Before we dive in, don’t forget to check out our free picks on the side and total for every MLB game today. Let’s get into our mega parlay for Friday.

These offenses might be similar in talent, but the pitching will be the difference in this game. Alek Manoah was in the American League Cy Young conversation throughout the first half of the season as his 2.28 ERA ranks 4th in the AL. Looking at his performance by month, Manoah had an ERA over 3.00 in only one month while having an ERA of 2.03 or lower in two of the four months. This will be Manoah’s 3rd start against the Red Sox this season, and in his first 2 starts, he allowed 2 earned runs on 9 hits in 14 innings along with 13 strikeouts.

The Boston starting rotation was decimated by injuries in the first half of the season, so it gave prospects such as Kutter Crawford a chance in the big leagues. The prospect has a great name and thankfully throws a good cutter, but he’s allowed 8 runs on 16 hits in his last 15 innings. This will be his 6th career MLB start and it will be against a prolific offense that scored 18 runs in their final 3 games before the all-star break. Boston went into the break in the worst possible way, being outscored 27-3 by the Yankees in their final 2 games. On Saturday, they will be without Trevor Story and are on the wrong end of a pitching matchup.

The Mariners finished the first half of the season on a 14-game win streak and on pace to make the playoffs. Their winning streak was a result of their offense coming alive, but mainly because of their pitching. Seattle limited opponents to 2 runs or less in 9 of their 14 wins which is very impressive when considering 4 of those 9 games were against the Padres and Blue Jays. However, the Mariners open the second half of their season against the Astros who just took both games of the doubleheader against the Yankees on Thursday.

On the surface, Logan Gilbert has been stellar. Having said that, his advanced metrics do not back up his success. His 2.76 ERA ranks as the 8th best mark in the American League, but his 4.22 xERA ranks in the 38th percentile. Even his 3.51 FIP indicates that the 2nd year starter has been getting lucky this season. Gilbert will go against Justin Verlander who has been incredible in his first season back from Tommy John surgery. The veteran has a 1.89 ERA with a 3.10 xERA through 109.1 innings and Houston has won 7 of his last 8 starts – all by at least 2 runs. In his last start against Seattle, Verlander recorded 12 strikeouts and surrendered 1 run on 6 hits in 7 innings. If the Astros don’t snap the Mariners’ winning streak on Friday night, they’ll do it with a big win on Saturday.

Four words: Zack Wheeler at home. The Philadelphia ace has a 1.62 ERA and a 0.84 WHIP in 55.2 innings at home and has been absolutely dominant at Citizens Bank Park. Wheeler has not allowed a run in 5 of his last 7 starts at home and the Phillies are 5-2 in those last 7 starts. The Phillies swept the Marlins in 3 games to complete their first half of the season and open the second half of the year against a poor Cubs team. Chicago was 1-9 in their last 10 games before the all-star break and have been in a free fall in the NL Central this season.

Marcus Stroman has made 2 starts since coming back from the injured list, and to my surprise, he’s done well. However, he has only pitched 8.1 innings in those 2 starts. Chicago is trying to slowly ease him back into the rotation so they are trying to limit his pitch count, but he still threw 83 pitches in 4.1 innings in his last outing. His offense will offer no run support as the Cubs scored 3 runs in 9 of their final 10 games before the all-star break. This game has a huge Phillies win written all over it with Wheeler starting at home, so back Philadelphia by the run line.