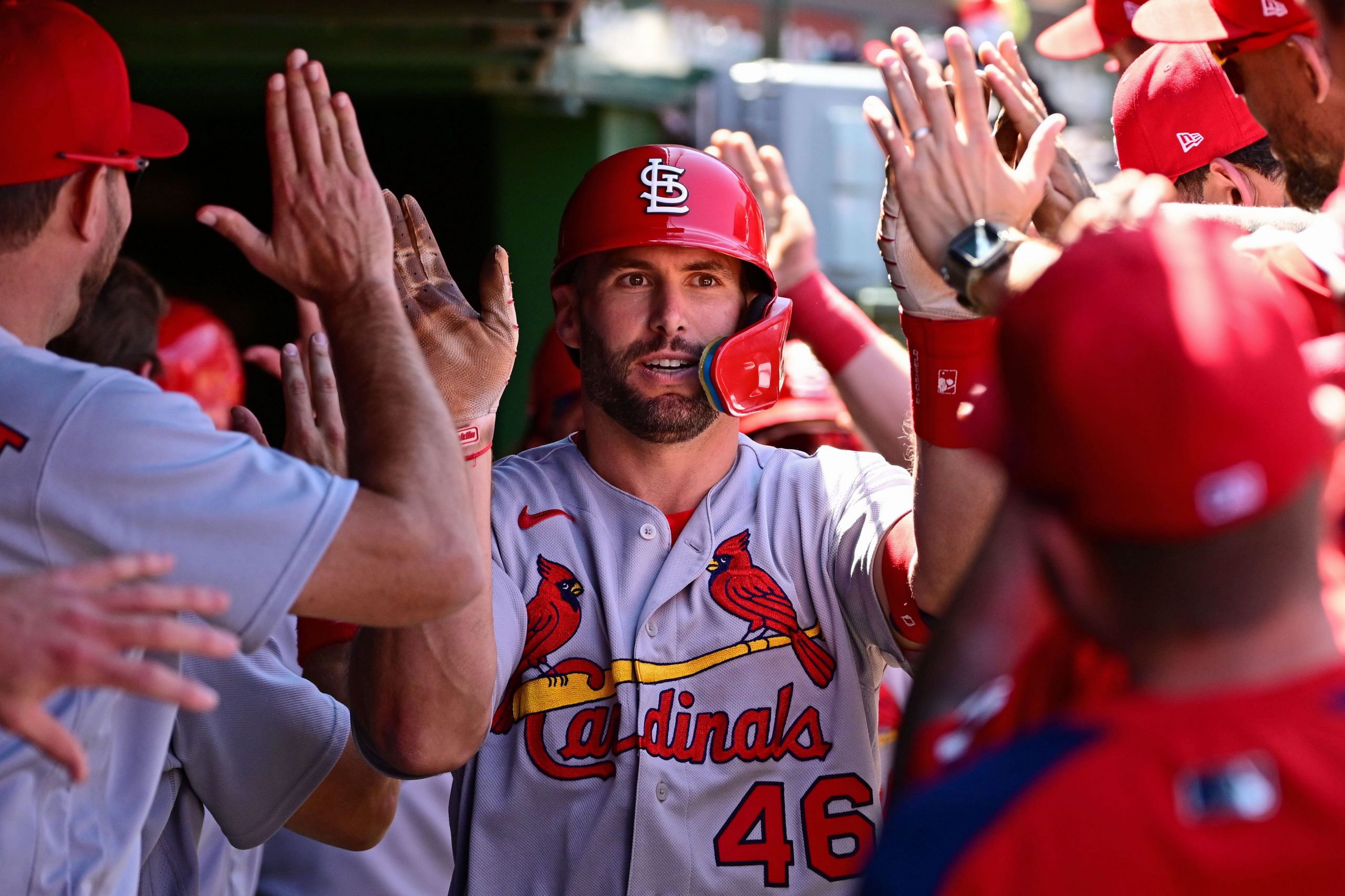 The Cardinals and Cubs are familiar NL Central foes and are really emphasizing that this week. They’re in the midst of a 5-game series and have split the first 2 games. Saturday is another early game following yesterday’s afternoon matchup. The Cardinals won Friday’s game in dominating fashion, so let’s see how today should play out. Along with this same game parlay, be sure to check out our thoughts on the side and total for all of today’s games.

The Cardinals and Cubs are set for ESPN’s Sunday Night Baseball game, but this afternoon should look far different. It is clear that both teams are using this mid-series doubleheader as an opportunity to keep arms fresh for the bright lights, and are putting some inexperienced pitchers on the mound. The Cardinals have had the more powerful and consistent lineup this season, which should help them start the day with a win.

The obvious factor is Paul Goldschmidt and his now 25-game hit streak. While he’s been incredible, it’s even more impressive for St. Louis as a whole that his teammate, Nolan Arenado, is close behind in the NL MVP race. As if that wasn’t enough, their leadoff man Tommy Edman has even more hits (55) than Arenado (53). They’ll also have the benefit of producing runs for a starter with more time on the mound than Cubs starter Matt Swarmer. Cardinal Yohan Oviedo has a full season under his belt, including one of his better starts taking place against the Cubs at the very end of last season. It may not be a complete stomp like yesterday’s game, but St. Louis’ more stable roster should have them in for a win.

Be sure to check out our full game preview for the St. Louis Cardinals vs Chicago Cubs

After seeing yesterday’s game end with 19 runs, it’s hard to imagine these teams won’t get to 9 or more with far less experienced pitchers on the mound. The wind isn’t as severe in Wrigley Field today, but both of these teams have the lineups to capitalize regardless. It will also be another afternoon game, so the conditions should otherwise be similar. Even the first game of this series ended with 12 runs. St. Louis has now scored the 4th-most in the league with 256 runs, and the Cubs are creeping towards the top 10 with 232 runs scored. Both teams have proved they can do the majority of the damage after the first 2 games, so expect more of the same today.

There have been a few solid hit streaks so far this season, one of which has been Goldschmidt’s. Although Trea Turner kept his going yesterday as well and is 1 game longer, the Cardinals slugger is still impressive at 25 straight games. What’s been most impressive is that he’s doing it in a big way. He’s not just getting singles night after night. After yesterday’s 3-run home run, he’s now cashed this prop an incredible 19 times within the 25-game hitting streak. When a streak gets to this point, there are definitely nerves that there is no way it can continue. Although all things come to an end, it’s always important to analyze the situation rather than automatic pessimism. Given such an inexperienced pitcher on the mound for the Cubs, this should not be the spot where his hot bat cools down.