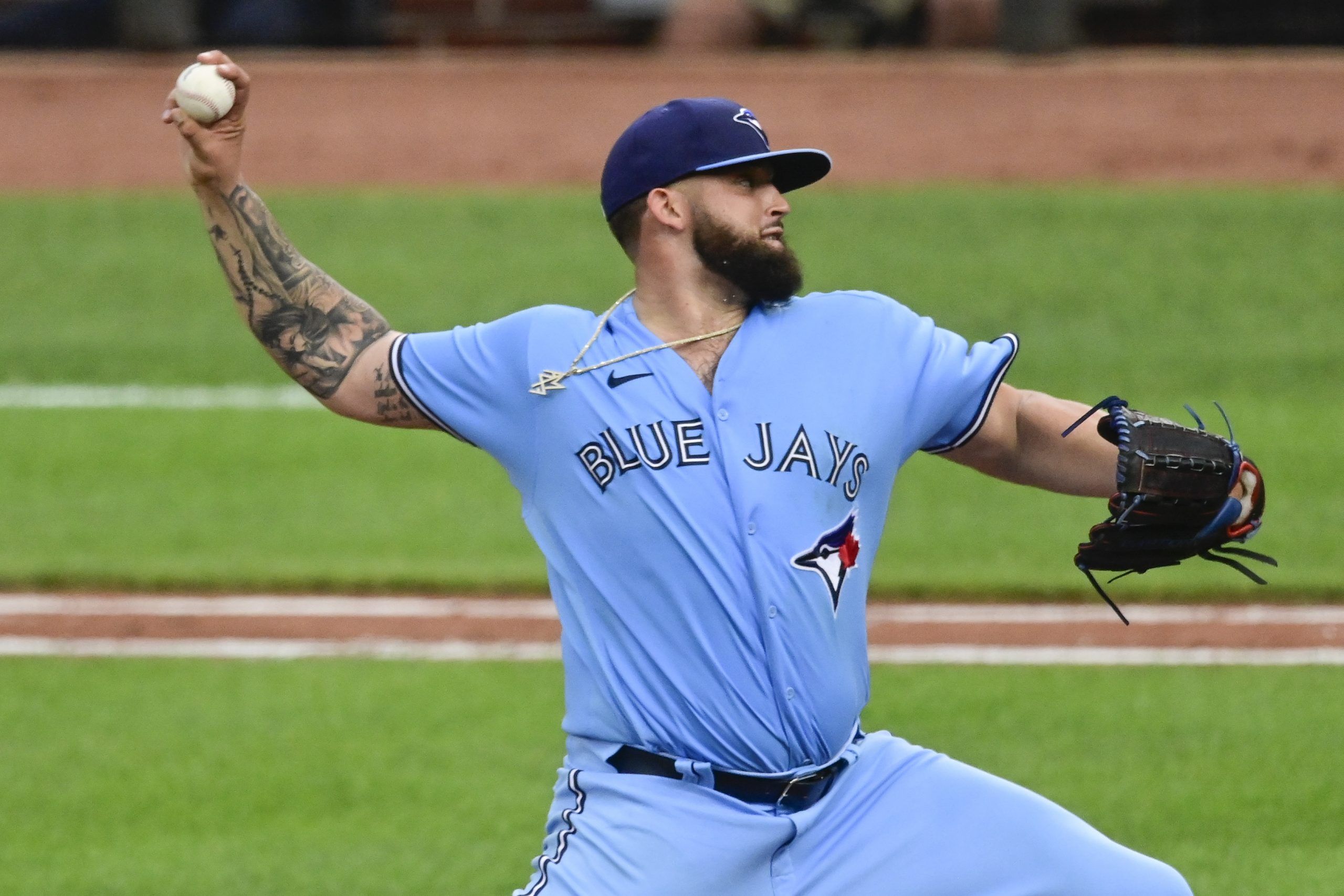 Since graduating from Davidson (The College That Stephen Curry Built), I have been writing about sports--just about any and all you can think of!--and coaching tennis in Atlanta, Ga. Beyond the four major sports, I am an avid tennis fan and cover the ATP Tour on a daily basis. If I'm not busy writing, you can generally find me on a tennis court or traveling the world wherever a sporting event takes me.
@Dimonator133
Updated: 10:41 AM ET August 21, 2022

We are wrapping up the week in Major League Baseball with a full 15-game slate on Sunday. As usual, the action is headlined by the Sunday Night Game of the Week at 7:00 pm ET between the Red Sox and Orioles. Meanwhile, the Yankees are trying to get back on track against the Blue Jays and the Astros are paying one more visit to the Braves.

In the finale of this series, which is a 2021 World Series rematch, Houston is sending Jose Urquidy to the mound. He may be the odd man out of the rotation in the playoffs with the return of starter Lance McCullers Jr., but for now Urquidy is still out there. The Astros lost his most recent start and he allowed five runs in the outing before that. He even fell to the league-worst Athletics in July. The Astros boast the best record in the American League, but Urquidy hasn’t been any part of the reason for it. Atlanta is countering with Charlie Morton, who has been in stellar form since a slow start to the 2022 campaign. The veteran was dealing in Game 1 of the Fall Classic last year against Houston before sustaining a broken leg – on which he still famously struck out Jose Altuve. Morton’s resurgence combined with a powerful Braves lineup licking its chops against Urquidy should be enough for the home team to roll.

Check out our Astros vs Braves preview

This AL East encounter features its best pitching matchup of the series on Sunday. Alek Manoah of Toronto is going up against Nestor Cortes of New York. This marks Manoah’s fourth start of the season against the Yankees this year and so far he has surrendered just five runs and 10 hits in 17.1 innings. He has held the Yankees to a .164 batting average in his first three outings. The Bronx Bombers came into this series eager to break out of their offensive slump against the Jays’ weak pitching, but that has not been the case. They have scored a mere four runs in the first three games. Ross Stripling, Jose Berrios and Mitch White had been struggling in the last few weeks but they were all dominant against this reeling New York squad. Even with Cortes on the mound, the Yankees may lose…again.

Check out our Blue Jays vs Yankees preview

Joe Ryan will be on the mound for Minnesota on Sunday. The rookie is going for his 10th win and his third this month. He was shaky against the league-best Dodgers, but has been dominating almost any other team he is expected to beat. The Twins have needed him to do so, as they are in a three-way battle with the White Sox and Guardians for the lead in the American League Central. Meanwhile, the Rangers recently fired both their manager, president and other front office members. It’s clear that this franchise is struggling. Texas lost ace Martin Perez’s start to open this series and now are giving the ball to Kohei Arihara for his second start. He just made his first one last week, which was a loss to the American League-worst A’s. Oakland is one of the worst offenses in baseball and still scored in each of the first three innings against Arihara. Ryan and the Twins should be more than good enough to win this one with ease.

Check out all of our MLB previews and picks for Sunday