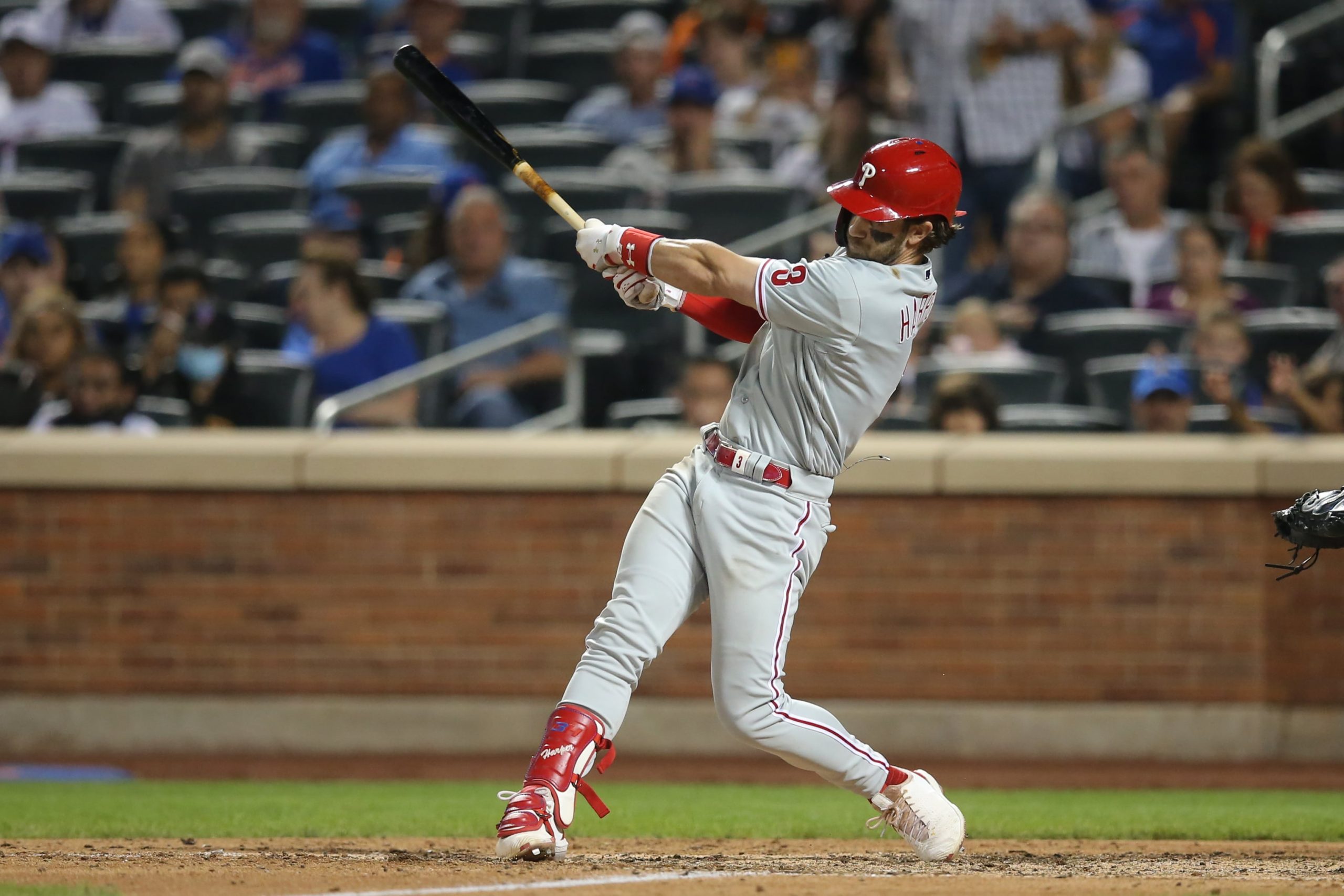 The Philadelphia Phillies are fighting for the National League East title. Philadelphia sits just a single game back of the Atlanta Braves, and they will conclude a 3-game series with the New York Mets at Citi Field tonight on Sunday Night Baseball. I have a same game parlay in mind for tonight’s matchup, and it’s paying out north of 7/1 odds.  Along with this article, you should check out all of our MLB plays for today’s action.  You can also follow me on Twitter.

The Phillies are hot. They have won 4 games in a row, and they are playing with a ton of confidence. On the other side, the Mets enter play tonight on a 5-game losing streak. They continue to diminish the likelihood that they will be playing baseball this October, and it’s been a rough few weeks in Queens. Rich Hill will be on the mound for New York. The veteran lefty has become increasingly unreliable on the mound as the season has progressed. Since July 11, he owns a 4.21 ERA, 4.34 FIP, and a 5.10 xFIP. During that stretch, he has struggled to induce many swings-and-misses from opposing hitters, resulting in an 18.6 strikeout percentage. Hill could find life difficult this evening against a Philadelphia lineup that ranks 7th in both OPS and ISO over the last 14 days.

Bryce Harper continues his push for the National League MVP award. Harper has really turned it on in the second half of the season, and he has increased his season batting average from .305 to .315 so far in September. He is 3-for-8 (.375) with 2 doubles in this series. In his career, Harper has hit 30 home runs against the Mets. That is the third-most against any team he has faced. Hill is not an overpowering pitcher, and the Met bullpen has been shaky. Harper is capable of doing damage at any moment, and I like his chances to blast a long ball tonight.