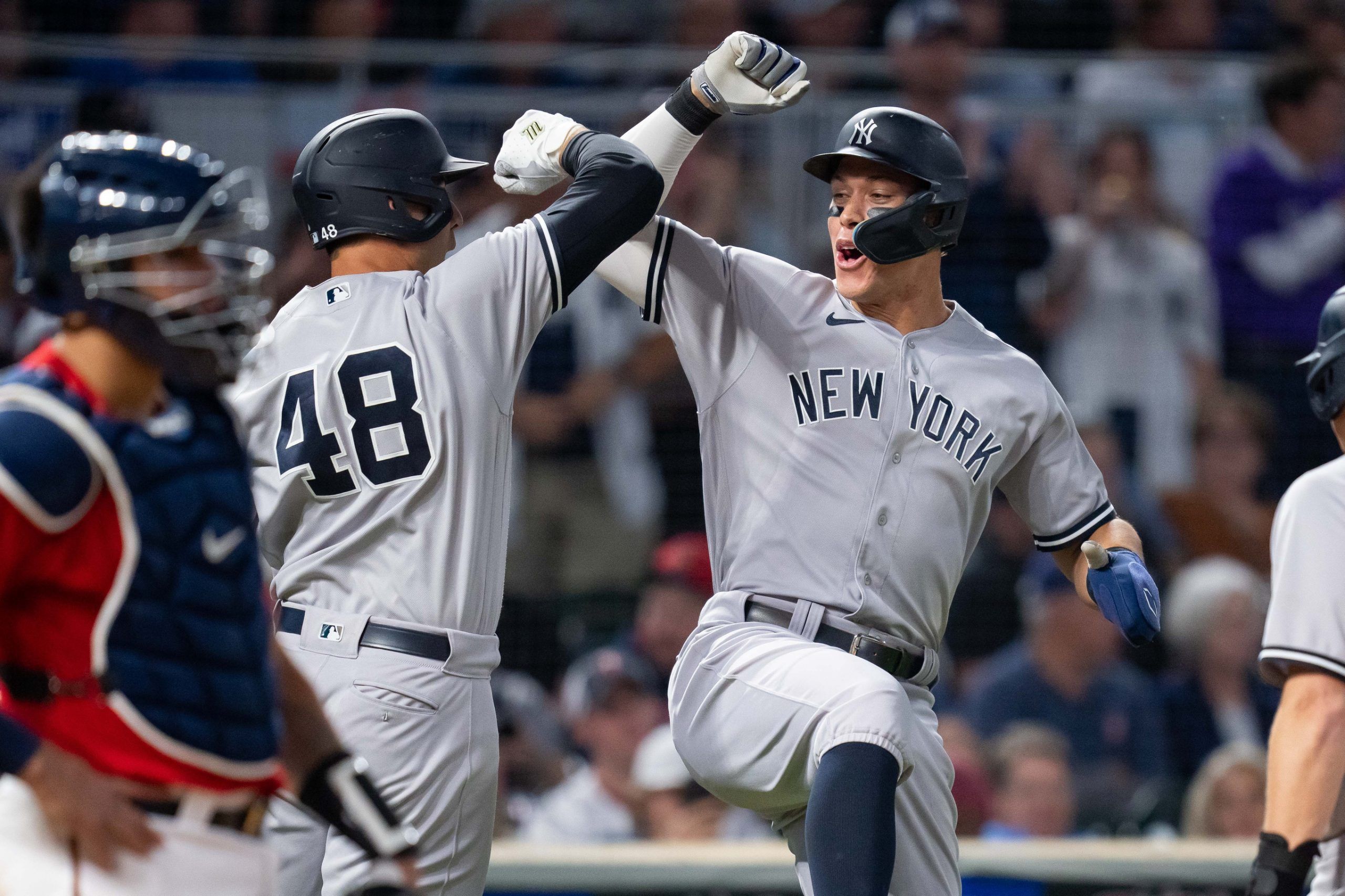 We are wrapping up the week – and the entire first half of the season – in Major League Baseball with a 14-game slate on Sunday. The Royals and Blue Jays are getting things started with an early 12:05 pm ET start on Peacock and all 14 contests are being packed into afternoon slots (there is no Sunday Night Baseball on ESPN).

Gerrit Cole is back on the mound and the Yankees’ lineup should be inspired to get him a win after what happened his last time out. On Tuesday the right-hander threw a gem that helped New York build a 3-0 lead over Cincinnati going into the 9th inning. But the Reds of all teams rallied for a shocking 4-3 victory. As if facing the rival Red Sox isn’t reason enough to be motivated. The Yankees certainly won’t lose focus in this spot even though the all-star break is looming immediately when this game ends. Although the Bronx Bombers had lost 5 of 6 heading into Saturday night’s contest, a 14-1 romp over Boston should have them back on track. Chris Sale has made only one big-league start in 2022; even though it went well, he has to be a bit rusty and the Yankees will be a tougher test than the Rays. The home team will likely ride Cole and its potent lineup to a comfortable win in the series rubber match.

Check out our full preview for Red Sox vs Yankees

Good news: the Mariners have won 13 games in a row. Bad news: they are left with Chris Flexen on the mound for the series finale against the Rangers. That would have been good news in 2021, but not so much in 2022. Flexen was a solid starter last season, but has been anything but this year. His 4.69 xERA helps demonstrate he should be coming back down to earth following a couple of good starts. Despite being divisional opponents, he has avoided pitching against the Rangers this season. Regardless, Texas still has some of the league’s most powerful hitters in Corey Seager and Adolis Garcia. Seager has been an RBI machine recently, and will also be a part of Monday’s Home Run Derby. He will need to show off a bit early to help support Glenn Otto. Although Otto is not exactly their ace (that would be Martin Perez), he still helped lead his team to a win over the Mariners last month. He could do the same on Sunday.

Check out our Mariners vs Rangers preview

The Brewers are 3-7 in their last 10 games, seeing their lead in the National League Central dwindle down to a single game over the Cardinals. Milwaukee could find itself tied going into the all-star break pending Sunday’s results. In fact, the Cards have a great chance to tie because the Brewers are facing another tough matchup with the Giants. A San Francisco victory would put it in wild-card position heading into the break. The home team is sending Logan Webb to the mound and he will be opposed by Milwaukee’s Jason Alexander in a pitching matchup that doesn’t look good for the visiting Cardinals. Alexander has a 7.71 ERA and a 1.61 WHIP in July. Webb has been stellar all season, going 8-3 in 18 starts with an ERA of 2.82 and a WHIP of 1.11. He boasts a 1.80 ERA and 1.05 WHIP this month. Back the Giants to prevail by multiple runs.

Check out our Brewers vs Giants preview