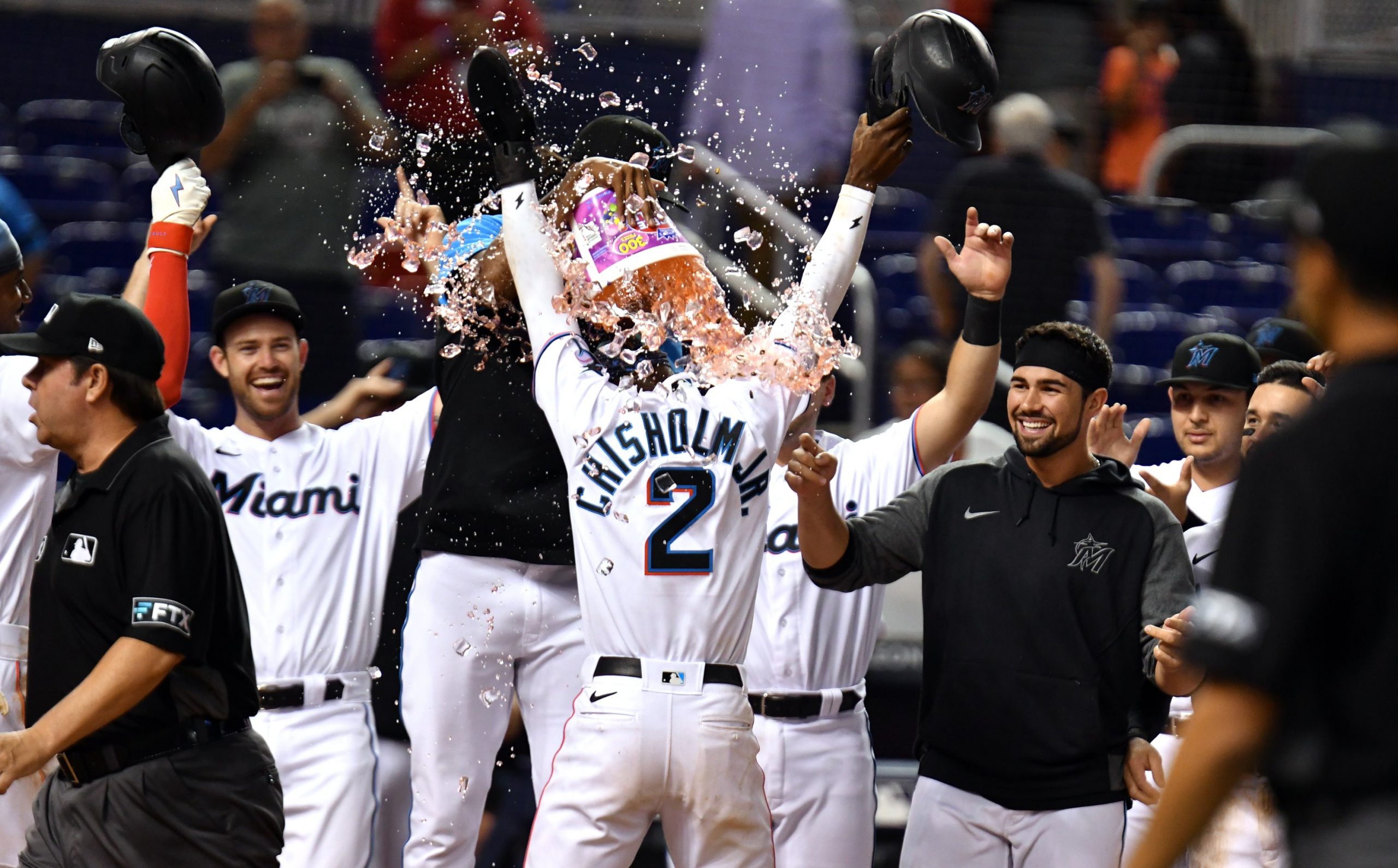 We are continuing the week in Major League Baseball with an 11-game slate on Thursday. A few teams are in between series and we have a handful of getaway day games – a typical schedule for this day of the week. The Diamondbacks and Reds are getting things started at 12:35 pm in a thoroughly uninspiring matchup, while the Red Sox and Angels will wrap things up at 9:39 pm in what is much more watchable game. In between it may be worth watching to see if NL East contenders Philadelphia and Atlanta can keep up their winning streaks.

The Marlins, like several other teams this season, have had the Nationals’ number. Miami has defeated Washington in 7 out of 8 head-to-head matchups, including the first 2 games of this series by a combined score of 14-3. The Marlins are off to a solid 5-3 start in June with wins over the Rockies, Giants and now Nationals. They have scored 12+ runs in 3 of those games and 5+ runs in 2 other games. Washington’s Stephen Strasburg will make his first start of the season and 8th start since 2019. While the name certainly carries a lot of weight, he will be monitored closely and likely not stretched too much in this game. He could pitch well but may not go very long while he ramps his workload back up. The Marlins will start Trevor Rogers. He has not been great this season but in his lone start against the Nationals he allowed 1 run on 2 hits in 6.0 innings.

Check out our Nationals vs Marlins preview

The A’s and Guardians have trended in opposite directions over the past week and a half. Oakland has lost 8 in a row and 11 out of its last 12. Cleveland has won 7 out of its last 10. These teams played a three-game series earlier this season that the Guardians swept while outscoring the A’s 19-12. Rookie Konnor Pilkington will get the start for Cleveland with Aaron Civale sidelined. His third and most recent start was his best, as he threw 5.0 scoreless innings on 5 singles and 8 strikeouts to collect the win. Oakland will start James Kaprielian, who has allowed 13 earned runs in his last 14.2 innings across his last three starts.

Check out our Athletics vs Guardians preview

Nick Pivetta was having a mediocre start to the season, but all of the sudden the Canadian became the best pitcher on Boston’s staff. In his last 6 starts Pivetta has a 1.32 ERA and was dominant against every offense he faced. He shut down the White Sox, Rangers, Astros and more during that six-game stretch. The Red Sox won five of those six starts, including his last five consecutive starts. As good as Pivetta has been this season, the Red Sox offense might be better. In the last 15 days, Boston ranks 3rd in batting average and 4th in OPS. Wednesday’s 1-0 win made it seven straight. Two-way star Shohei Ohtani gets the start for Los Angeles on the heels of six days’ rest. Ohtani has made nine starts this season and his 3.99 ERA through 47.1 innings – solid but unspectacular. Mike Trout was not in the lineup last night due to a groin injury that he suffered in Tuesday’s game, so there’s a chance the superstar is held out again.