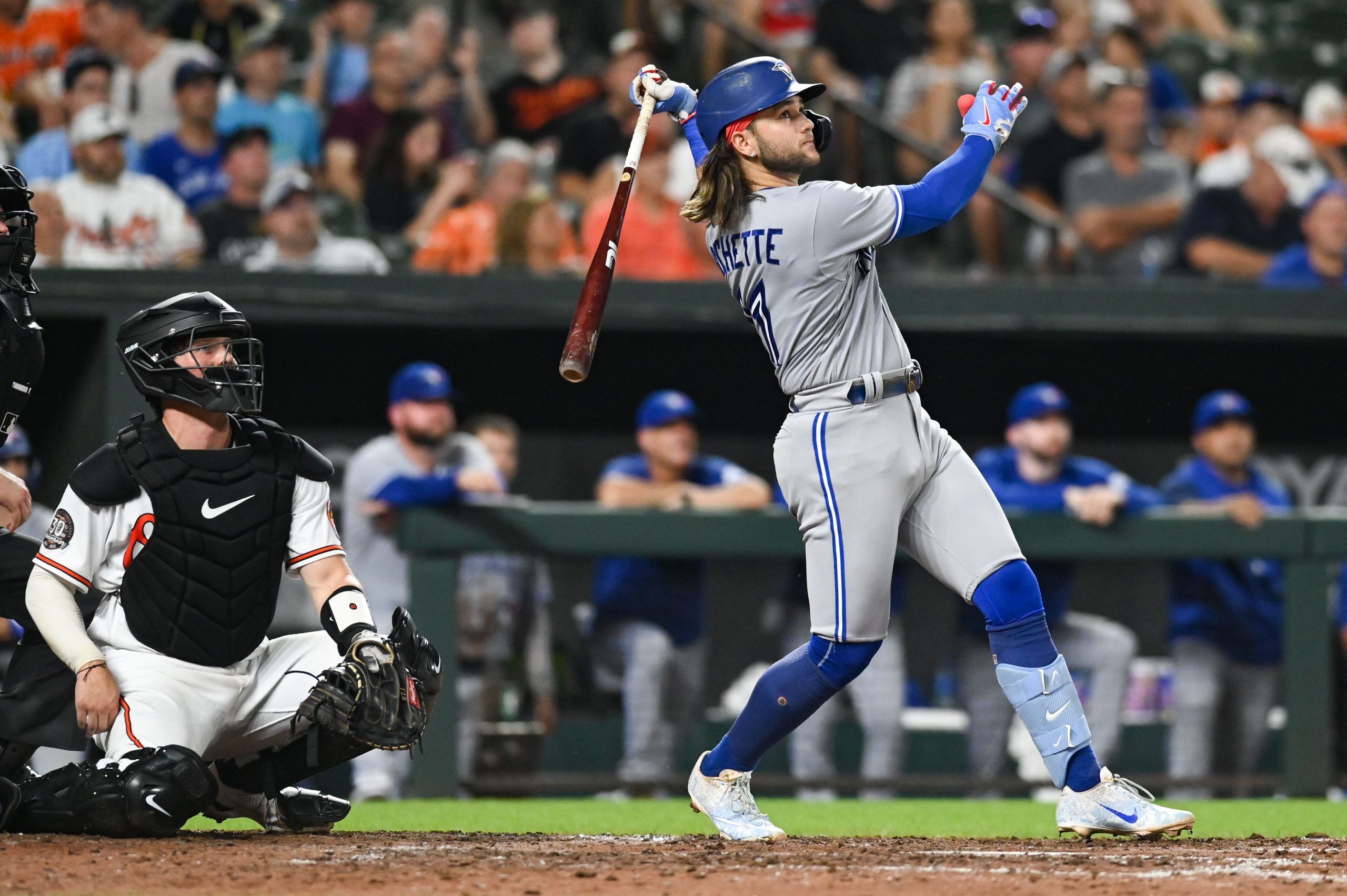 I've been a capper since my love for sports met my proficiency with numbers and math. The NFL and NCAAF have always been my first loves, followed by the NHL. Although I prefer sports that involve hitting people, I still love capping MLB, soccer, tennis, and even some esports. Living in Florida has its perks like year-round sports of any kind.
Updated: 10:08 AM ET August 19, 2022

After last night’s loss, the Yankees have yet to win back-to-back games since the end of July. That may seem surprising given their lead in the AL East, but it’s been quite the rough stretch for them. The Blue Jays are still in a solid spot for an AL wild-card spot, along with the Rays and Orioles. The division has been strong this season, and should continue to prove that this weekend. No matter if the Yankees are on a hot streak or in a slump, they will always generate attention in the betting market.

Therefore, let’s take advantage of multiple ways to target Friday night’s game. Along with this same game parlay, be sure to check out our thoughts on the side and total for all of today’s games.

New FanDuel Sportsbook users can lock in a $150 risk-free bet on any market! Here’s how to claim:

This game went on a bit of a roller-coaster after it was first listed. It opened as a pick ‘em with -110 odds for both teams. It then shot up to around -150 for the Yankees, settled around -130, then came back down after last night’s upset. Clearly this game has sharps torn and therefore should be a close one. That’s why we’re going to play it just a bit safe with the Blue Jays on the run line rather than the outright upset. Keep in mind the Yankees are at home which may come in clutch at the end. After Josh Donaldson’s grand slam walk-off the other night, New York has the most such wins with 13. That type of drama keeps the run line alive rather than crushing dreams of the money line.

Regardless, the Jays do have the ability to win this game outright off the back of starter Kevin Gausman. He actually hasn’t faced the Yanks since the start of the season in April. However, he has plenty of history against them and has had success against many of their top run producers. For example, Anthony Rizzo is just 1-for-12 against Gausman. The Yankees’ best matchup would be Giancarlo Stanton, but he is still on the injured list. Meanwhile, the Jays have several guys with success against Yankees starter Jameson Taillon. He has tailed off recently, allowing 3 or more runs in each of his 3 starts this month. Two of those were losses, including the most recent to the Red Sox in shutout fashion. With how much inconsistency the Yankees have demonstrated recently, the Jays should still come into this game with confidence behind Gausman on the mound.

Taking an under with some of the big names in this matchup may seem quite daunting. However, just the move in the game total alone helps demonstrate why it should be the play. Last night’s opener was set at 8.5 total runs and priced toward the over. Meanwhile, this game opened at just 7.5 total runs. Not only that, but we also have a push condition with this number. Although Gausman hasn’t seen the Yankees in quite some time, that game ended in a 3-0 final.

Taillon was on the mound in that same series against the Jays. Ironically enough, that too ended with a score of 3-0. Totals overall have been quite back-and-forth throughout the season when these teams have met, but there have also been 2 games with finals of 4-0 and back-to-back games of 5 runs or fewer. That’s also how Gausman opened up this month. He didn’t allow a single run in back-to-back starts while pitching 14.0 innings in the process. Those games ended with 5 and 4 total runs. With the Yankees still missing both Stanton and Matt Carpenter, they have proven they can be slowed down at the plate.

Targeting a hitting prop while also predicting an under has been great at boosting our odds while not contradicting the play. Bo Bichette recording a hit does not automatically generate 10 runs, so we should be safe. It should also be expected for the all-star shortstop. There was a bit of foreshadowing when the Jays success against Taillon was mentioned in our side prediction. There are a few options in that regard, but Bichette should blast tonight.

He is 8-for-19 against Taillon, good for a .421 average along with 3 doubles. That’s just a fraction of how well he’s been hitting this season. His 123 hits are the 6th most in the American League, and his 28 doubles are the 7th most. Those have helped him rack up 202 total bases on the year, the 9th most in the AL. Being in the top 10 of so many categories and with an advantageous matchup, let’s bank on Bichette tonight.