NASCAR is Back and Better than Ever 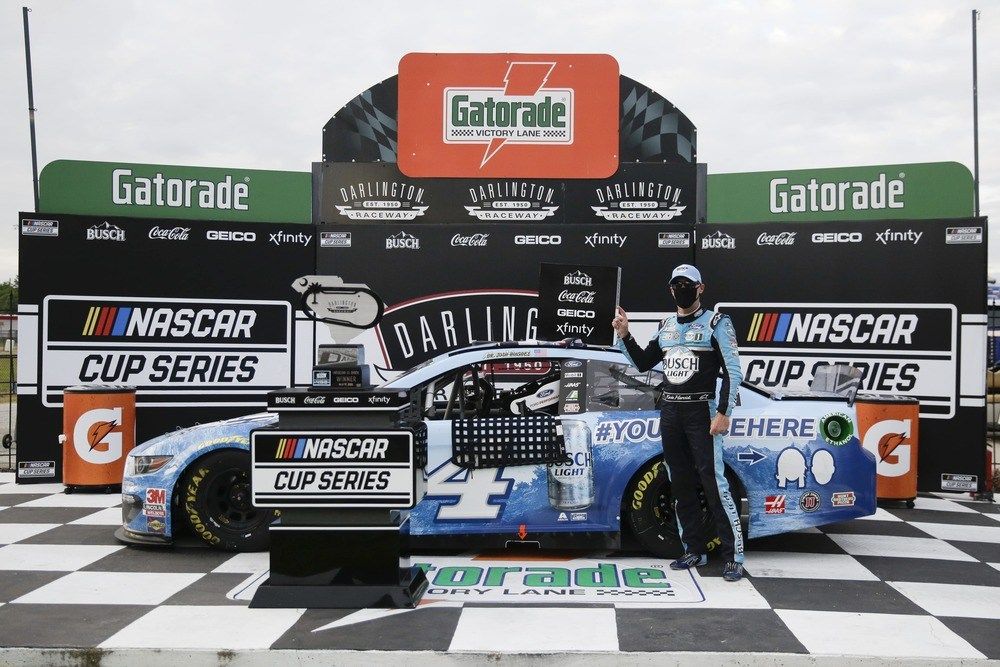 For all those looking for something to watch, especially sports fans, have no fear. Sunday afternoon saw the return to action and for the drivers the first time in over two months, they were able to do what they do best. The Coronavirus has made everything difficult for everyone, but with all of the teams and drivers following the guidelines, they were able to put on a great show. Kevin Harvick was able to get the job done, as he captured the checkered flag, in a very tough 400-mile race. But if you thought that was just one race, they ain’t done yet. NASCAR is back.

Yes, the Real Heroes 400, was just one race, but it kick-started something that hopefully leads to the return of other sporting events throughout the world. There might not be fans at the track, but that doesn’t mean there aren’t people watching. If you happened to tune in for the first time to Sunday’s race, then you better be ready for more action. NASCAR looks to be taking the lead on trying to bring the world back to normal.

A look at the coming schedule

NASCAR isn’t done yet, because, on Tuesday night, the NASCAR Xfinity Series returns to action as they look to tackle the Toyota 200 at Darlington Raceway. That is followed by the Toyota 500K Cup Series event on Wednesday night. It brings a throwback feel, to racing, as NASCAR hasn’t had multiple races in a week for quite some time. The action doesn’t end there, however, as next Sunday the annual Memorial Day Weekend tradition, will go on.  As NASCAR’s best looks to tackle the sport’s longest race. The Coca-Cola 600 at Charlotte Motor Speedway. Adding in a truck race, and an Xfinity race next Monday and Tuesday, along with a second Charlotte event on May 27th, and there will be four-straight days of high speed live action.

It isn’t much, and the last few Sundays have had strong sports-related content with ESPN’s The Last Dance. However, that has run its course. No offense to the Bulls Dynasty, but live sports seems like a better weekly solution. NASCAR can provide that. Even if you aren’t a racing fan, NASCAR is giving the world something it really needs at this time. A little hope which is all we can ask for.