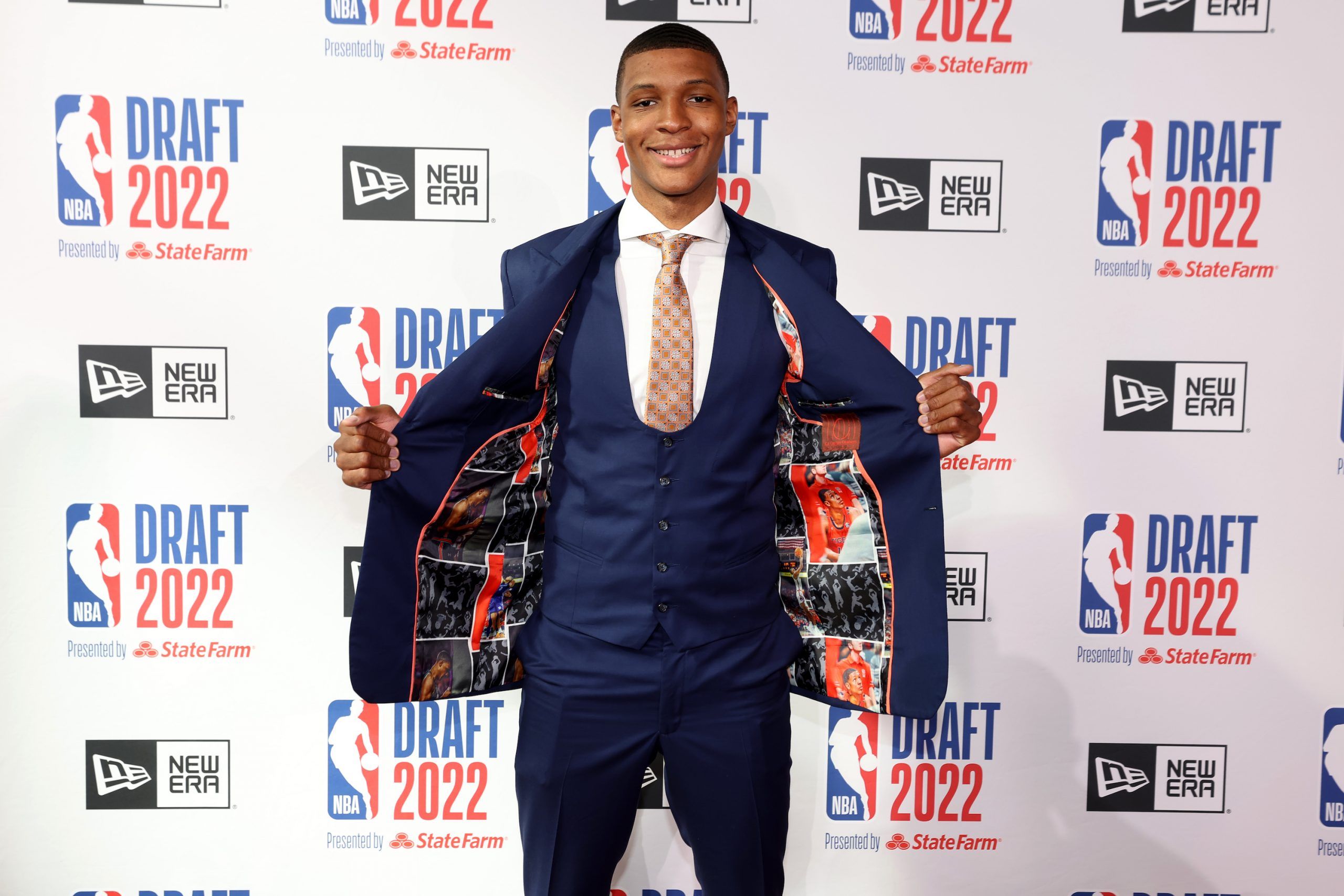 What a long, strange trip it’s been. The NBA Draft came and went Thursday night, and with it one of the most dramatic betting sagas in recent memory. In the end, it feels like it may have always been Paolo Banchero going first to the Magic — despite the bad information that NBA Insider Adrian Wojnarowski reported.

Frankly, the buildup to this NBA Draft was rather pedestrian in my eyes until about 72 hours before, when Magic President Jeff Weltman stirred the pot on Monday by keeping things “buttoned up” about their interest in the former Duke star.

.@OrlandoMagic Jeff Weltman's full answer to my question about if Orlando brought in Paolo Banchero for a workout.
I've thought a lot about why a franchise and player(or player's agent) wouldn't want the public to know about a workout, & I still can't come up with a good reason. pic.twitter.com/xTfYVYEK4J

I wrote about this interview in my NBA Draft analysis column earlier this week, as I believe in hindsight, there is something to glean from it. Weltman gave us his best poker face, declining to comment about the team’s pre-draft process with Banchero. But when you dig deeper, it went against how the team handled their very public workouts with other the top prospects in this draft, most notably Jabari Smith and Chet Holmgren.

There was no shift in the odds towards Banchero after this interview; in fact, the market actually moved toward Holmgren as a direct result. But I believe it’s safe to assume it raised some red flags among sharp bettors who monitor these interviews very closely.

It wasn’t until the eve of the draft when the real fun began. Notable NBA bettor Drew Dinsick documented this influx of smart money in a VSIN interview on Thursday, which started with a swift and decisive $10,000 bet on Banchero to win $25,000 at an offshore exchange.

“You knew something was cooking at that point,” Dinsick said. “The legal market just imploded from there on; the next hour was just incredible watching the market go. It was a professional move; this was not people passing around Twitter rumors.”

I woke up early on Thursday morning as per my routine (around 6 am ET) and was surprised to see Banchero sitting atop FanDuel’s board at -210 to be drafted first overall. Then at 8:41 am ET, Woj dropped a bomb of misinformation.

As team boards finalize today, the 1-2-3 of the NBA Draft is increasingly firm, per sources: Jabari Smith to Orlando, Chet Holmgren to Oklahoma City and Paolo Banchero to Houston.

This tweet sent the market back into a frenzy. Smith got to as high as -10000 to be taken first at FanDuel, with other sportsbooks taking down the market entirely and throwing it in the scrap heap. But in this instance, Woj got it wrong and the smart money wasn’t buying it.

“Based on every possible back channel, every way I can read this market, Woj is being lied to, for reasons unbeknownst to me,” Dinsick proclaimed.

Throughout most of Thursday, the odds stayed up at FanDuel and DraftKings, but it’s difficult to determine how much actual liquidity there was in the market at that point. I’m assuming very little, so getting down for any significant money would have likely proven difficult. Then at 7:40 pm ET, just minutes before the draft, Woj finally backtracked his initial report and conceded that Banchero was “under serious consideration” to be the No. 1 overall pick.

As I just reported on our NBA Draft Show on ESPN, Duke's Paolo Banchero has joined Auburn's Jabari Smith under serious consideration to be franchise's No. 1 overall pick, sources said. There's a real chance draft boards could get blown up at the top of the lottery.

I was able to quickly pounce on Banchero at +150 for just 1 unit at DraftKings before the market got completely taken down about 30 seconds after this tweet. Minutes later, Banchero was selected first overall by the Magic, and based on the reaction by Smith I believe it’s safe to assume he expected to be the first pick and was very surprised by the outcome.

Jabari Smith did his best Bo Callahan impression trying not to freak out and have P Diddy talk him off the ledge #DraftDay pic.twitter.com/CQmWMmvwOK

The draft has historically been a losing proposition for oddsmakers, but if you throw in the wild odds swings which occurred, this particular one was a tough pill to swallow for the books.

“We got smoked,” admitted WynnBET Trader Andy Morrisey. “We were trying to get off of Jabari last week. They bet on both the night before the draft until we decided to kill it.”

Wynn also reported a $500 bet on Banchero at +2500, which netted $12,500. Meanwhile, Westgate reported only a small loser as both sharp and public money came in on Banchero overnight into Thursday morning, eventually closing at -220.

The drama clearly resonated with bettors, as reports from Caesars were that the NBA’s No. 1 pick market did 10 times the amount of handle as the same market did for the NFL Draft back in April.

.@CaesarsSports told me that their market for 2022 #NBADraft No. 1 overall pick did 10x more handle than this year's NFL draft No. 1 market.

It was certainly one of the most memorable nights in recent sports betting history. Some sportsbooks, like Circa, decided to punt entirely and didn’t offer any draft betting markets throughout the entire process. Others, like Westgate, acted swiftly in killing the markets entirely on Thursday morning. The big box shops like FanDuel and DraftKings kept theirs up until the very last moment but were likely not taking any significant wagers after Woj’s tweets.

The biggest lesson to me is that the draft continues to be a major betting opportunity for those who have access to solid information. I also believe the era of trusting the “insiders” is officially over. There is so much subterfuge that exists in the buildup to these drafts, it’s almost better to directly fade the information sent out by the most popular media sources and to continue to do your own due diligence when it comes to watching press conferences and reading the tea leaves of the market.

There might be a time when the sportsbooks finally say enough is enough and decline to offer any markets for both the NFL and NBA Drafts, but because of how popular they’ve become to the betting public, I don’t think that will happen anytime soon. Instead, expect more adjustments from bookmakers in advance of next year’s NBA Draft. For the NFL this year those adjustments came in the form of lower betting limits and less time for market availability.