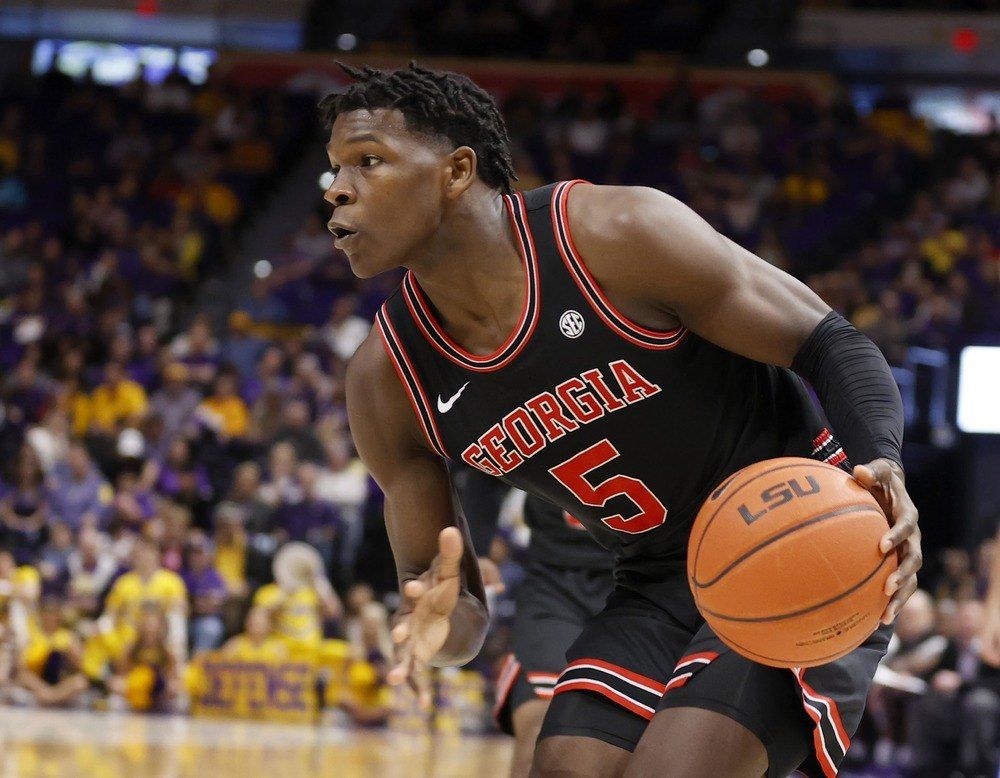 Since graduating from Davidson (The College That Stephen Curry Built), I have been writing about sports -- just about any and all you can think of! -- and coaching tennis in Atlanta, GA. Beyond the four major sports, I am an avid tennis fan and cover the ATP Tour on a daily basis. If I'm not busy writing, you can generally find me on a tennis court or traveling the world wherever a sporting event takes me.
@Dimonator133
Updated: 7:52 AM ET August 24, 2020

The Minnesota Timberwolves were the big winners of the 2020 NBA Draft lottery on Thursday. No, it was not quite the Zion Williamson sweepstakes that touched off wild celebrations in the New Orleans Pelicans’ war room last year. Still, it is nice coup for the Timberwolves—who can give Karl-Anthony Towns and D’Angelo Russell some help in the form of perhaps Anthony Davis or LaMelo Ball.

“There’s a lot of steps left in this journey for us, but today was a significant one,” said Timberwolves president of basketball operations Gersson Rosas. “We’re excited about the potential level of player that we can add to our organization, but at the same time we are going to be very aggressive and look at every avenue to improve this team. We have two young stars in Karl-Anthony Towns and D’Angelo Russell that we’re building this together [with]. We’ve got a great young core that’s young and being one of the youngest, if not the youngest, team in the NBA. We have a lot of upside.”

Minnesota will be followed by the Golden State Warriors, Charlotte Hornets, Chicago Bulls, and Cleveland Cavaliers in the top five.

Boston was the only playoff team in the lottery, as it has the rights to Memphis’ pick—which as expected turned out to be at the very bottom (No. 14 overall). The Celtics are currently dominating their first-round series against Philadelphia 2-0 and are -5 favorites for Game 3 on Friday (check out our free NBA expert picks for every postseason game). They also own the No. 26 pick (their own) and the No. 30 pick (from Milwaukee via Phoenix).

There could, of course, be some trades made between now and draft night (Friday, Oct. 16). Minnesota probably isn’t going to move out, but the Warriors’ No. 2 spot is potentially available and may be in high demand. After all, Golden State—when healthy—is already loaded with Stephen Curry, Klay Thompson, Draymond Green, and Andrew Wiggins and therefore does not necessarily need immediate extra help.

“I know there’s a lot of narrative around us trading and what we’re going to do with it, but we don’t really know anything at this point,” said Warriors president of basketball operations Bob Myers. “We found out half an hour ago that we had the No. 2 pick, so that’s the first step as far as getting some clarity. And now it will be, ‘Do we like somebody there?’ We don’t entirely control the draft, but all you got to like is two guys to be happy, so that makes it a little simpler.”

For the sake of predictions, however, we have not assume no trades are made.

1) Minnesota Timberwolves – Anthony Edwards, SG, Georgia – Edwards may not be the most pro-ready prospect, but he surely has the most upside. Russell at the 1 and Edwards at the 2 would be a nasty backcourt to support Towns down low.

2) Golden State Warriors – James Wiseman, C, Memphis – The only thing the Warriors are missing is a dominant post presence. Wiseman has the potential to give them just that.

3) Charlotte Hornets – Onyeka Okongwu, PF, USC – The Hornets already have Devonte’ Graham and don’t need a point guard. Plus, it wouldn’t be surprising at all to see Michael Jordan do something that many see as crazy (passing up Ball) while also assuring that he won’t have to deal with LaVar.

4) Chicago Bulls – LaMelo Ball, PG, Lithuania/Australia pro leagues – Zach LaVine can move to the 2 if Ball takes over at point guard. LaVine, Ball, and Lauri Markkanen would make up an exciting trio.

5) Cleveland Cavaliers – Deni Avdija, Israel pro league – Avdija is drawing comparisons to Luka Doncic, and not just because he is coming from overseas. The breaks need to be pumped on that comparison right now, but the upside is obvious and at No. 5 could be a steal.