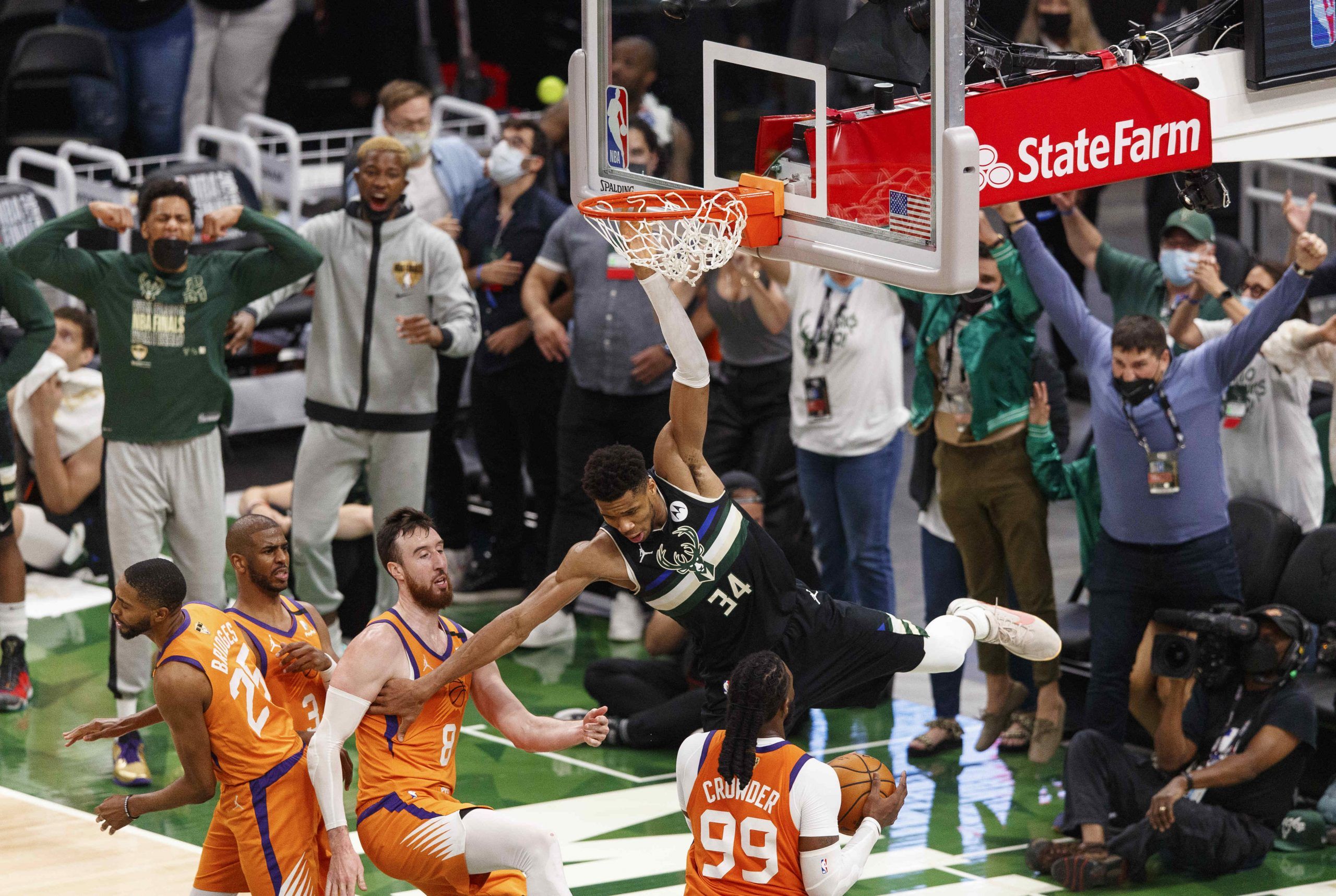 I'm an editor here at Pickswise who was raised in a household full of sports fanatics. Since I unfortunately never had LeBron James' jumping ability I wasn't able to make it to the NBA, and chose writing about sports as the next best thing. An avid sports bettor myself, I'm excited to get to write about the industry as it gets set to take off across the country. Buckle up.
Updated: 7:06 AM ET July 21, 2021

What an NBA Finals. The Milwaukee Bucks did it. They actually won a championship, toppling the Phoenix Suns in six games with a 105-98 victory on Tuesday night. Giannis Antetokounmpo was simply sensational and deserves all the praise he’s going to get and more.

It was a historic run from the superstar, and even though it was a bumpy ride he got it done. Nobody saw this coming when the Bucks fell down 3-2 to the Nets in the second round — or when they got down 2-0 in these finals.

Let’s break down everything we just saw.

Most observers wrote off the Bucks after they got behind 2-0. The Suns were in firm control of the series, but apparently nobody told Milwaukee that. Bucks teams of years past certainly would’ve folded, they weren’t the most mentally resilient bunches.

But this team grew from all the adversity they experienced the past few seasons, and it finally all clicked. With their backs up against the wall once again they responded better than anyone could’ve imagined, rattling off four straight wins. Antetokounmpo was brilliant the whole series, but his Game 6 domination was the perfect feather in his cap.

He scored 50 points on 16-for-25 shooting, but perhaps most impressive was his performance from the foul line. He knocked down 17 of 19 free throws, something that would’ve been unthinkable earlier in these playoffs when he struggled mightily with his stroke.

It was a legacy-cementing performance and may have entrenched Antetokounmpo’s status as the next face of the league. He couldn’t have played much better, and it’s hard not to be happy for him no matter who you were rooting for.

Scarily for the league, he’s only 26. Khris Middleton hasn’t turned 30 yet. The core will return, and there’s no reason to believe they can’t win it all again next year. No matter what, though, Antetokounmpo made history. It was a long 50 years for Bucks fans, but they can celebrate a title once again.

Giannis left it all on the floor 👏

The Suns shouldn’t hang their heads

There are no moral victories in sports. Full stop. But what this Suns team accomplished in 2021 was nothing short of incredible. This is a team that very recently was a doormat and a punch line. The fact that they were able to make the NBA Finals at all is a massive achievement.

It’s a bummer for Chris Paul that he came so close only to squander the 2-0 lead, but the fact that he turned this young Suns team around so quickly is a testament to his truly unique ability to lead a team. In the end, they couldn’t overcome an elite Bucks defense and an unconscious Antetokounmpo, but that is no reason to hang their heads.

Despite being 36, Paul showed no signs of slowing down this year, and Booker is only getting started. Young guys like Cam Johnson showed a ton of promise, and Monty Williams is clearly one of the best coaches in the NBA.

Again, it’s about perspective. This loss is going to sting for a while, but imagine telling a Suns fan a year ago that this is where they would be. People were calling Deandre Ayton a bust, and now he looks like one of the league’s next great big men.

With Williams at the helm and Booker not even 25 yet, this franchise is in good hands. Not too long ago, they were an absolute dumpster fire. Tonight is about the Bucks, but it’s important that we don’t forget just how special this Suns run was, either.