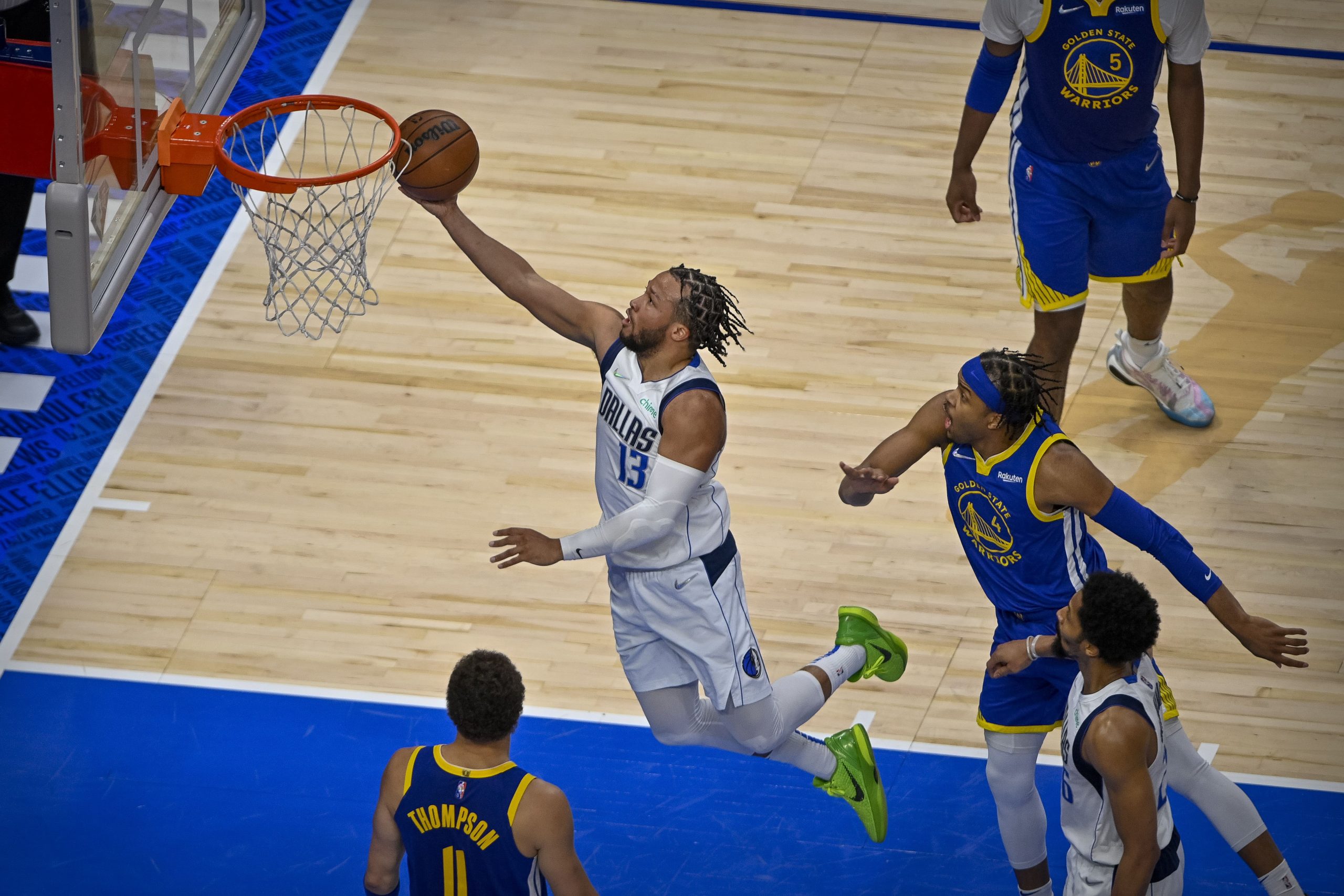 The Dallas Mavericks were able to extend their series against the Golden State Warriors in Game 4, earning the right to go on the road once more. If they want to return to Dallas with a competitive game to play, they will have to beat the Warriors again tonight. Considering that the hosts are yet to lose at home this postseason, it looks like an uphill task for the visitors, but one that Luka Doncic should be more than up for.

You can find all of our NBA coverage here. But for now, check out who I think will make the first basket in tonight’s game below.

Unlike the series score, the Mavericks and Warriors are tied when it comes to gaining the first possession in this series.  The visitors have Dwight Powell jumping for the ball against Kevon Looney of the Warriors. The Mavericks man is lighter and has a slight athletic advantage over his counterpart. As a result, I think there is a good chance that the visitors will get the first shot tonight. That could make all the difference.

While Jalen Brunson did not attempt the first Mavericks shot in Game 4 of the series, he did make the first basket. Looking at his shot chart from that game, 7 of his 9 attempts inside the arc have come in the paint. The visitors could look to make attacking the middle a point of emphasis to force the Warriors defense to collapse. That would help to open up their 3-point shooters once again. With Brunson being one of the most effective options that the Mavericks possess for scoring in the paint, there is a good chance he will be the one getting things started once more.

On the season Brunson has been responsible for 26% of the Mavericks first made field goals. That is behind only Luka Doncic, who accounts for 31% of them. During the regular season the Brunson was also more efficient when playing on the road, where his field-goal percentage improves to just over 50% and his 3-point shooting to 40.7%. Considering he is making 42.9% of his shots from beyond the arc in this series too, he looks well positioned to take advantage of any chances he is presented with.