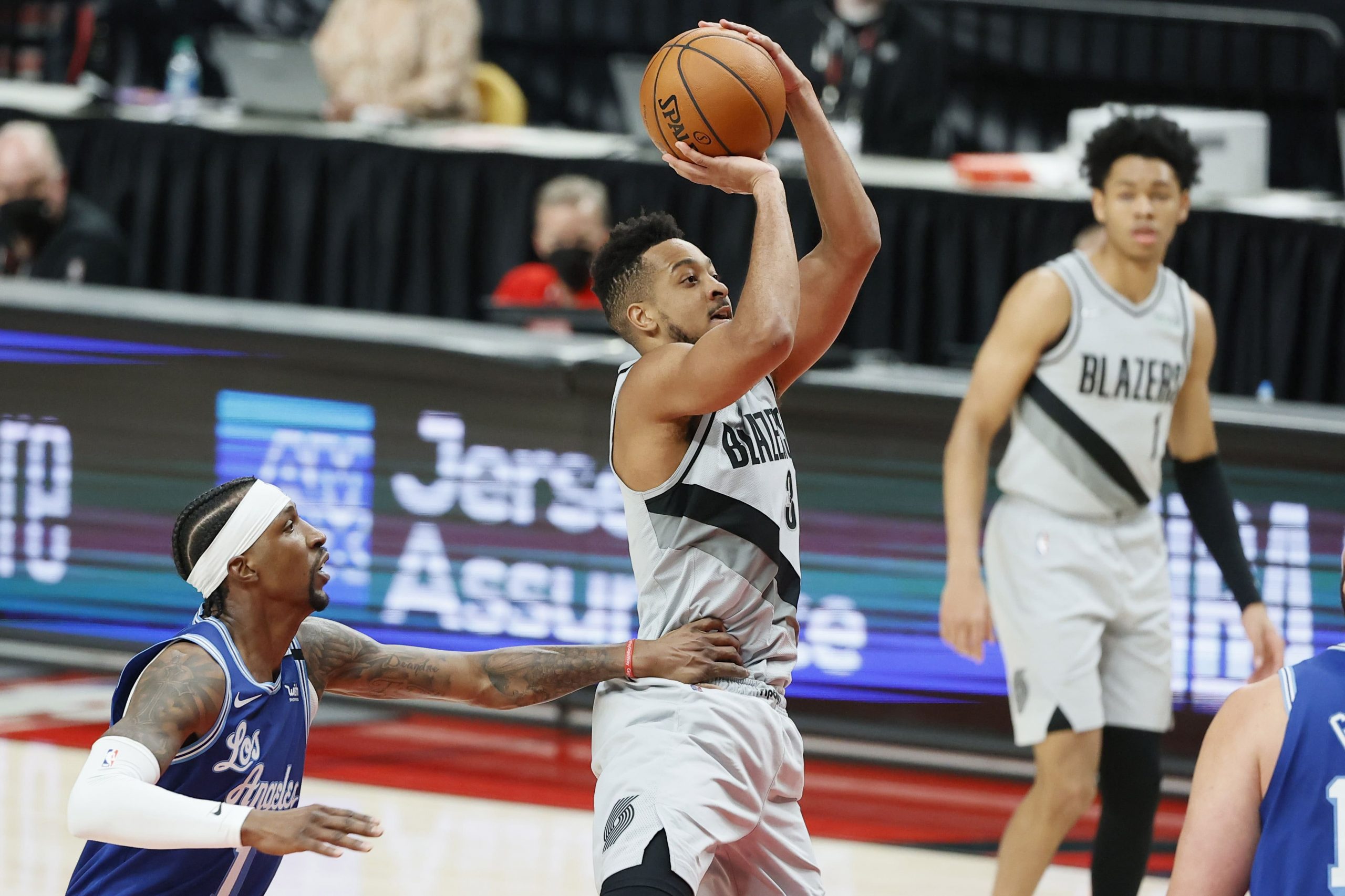 It promises to be a fun night in the Association as we have another NBA TV double-header coming our way!

First it will be the Washington Wizards and Brooklyn Nets battling it out at 7.30pm ET, followed by a Western Conference affair between the Portland Trailblazers and LA Clippers at 10pm ET.

As always we’ve prepared our same-game parlay, check it out below!

CJ McCollum has stood out in both games so far for the Blazers with his backcourt mate Damian Lillard struggling. CJ scored 34 in the season-opening loss to the Kings and followed it up with 28 points in the win over Phoenix. He shot over 50% from the field in both games and was an impressive 6-for-11 from deep in both contests. He has had some decent outputs against the Clippers in recent games, in fact the last time they played last season he finished with 28 points. With him being on fire early on in the season I think the value on this bet is really good, especially when we expect a high-scoring game and both teams going over 110 points.

Be sure to check out our full game preview for Portland Trail Blazers vs LA Clippers.

Nurkic has done a great job rebounding the ball early on this season. He has gone over 10.5 in both games against the Kings and the Suns. He grabbed 11 boards just on the defensive end in each contest and with the style of play the Blazers are playing there’s always a ton of opportunities on the boards. This team hasn’t got any bigger in the offseason, so it is up to Nurkic to clean up the glass every single night. He didn’t have any issues against Ayton and he is a far better rebounder than Zubac, who Nurkic is going up against tonight.

Bledsoe has been taking advantage of Kawhi Leonard the most as he has been inserted into the starting line-up for the Clippers. He has played over 30 minutes in both contests so far, scoring 12 and 22 points against the Warriors and Grizzlies. Portland isn’t really known for defending the 3-point line all that well and Bledsoe has been given the green light to shoot as many as he wants. Although he has made only 1 in his first 2 games, he has attempted 27 shots from the field in those games, so the attempts will be there, he just has to make 2 of them.

Make sure you also check out our Monday NBA Mega Parlay (+2184 odds)!