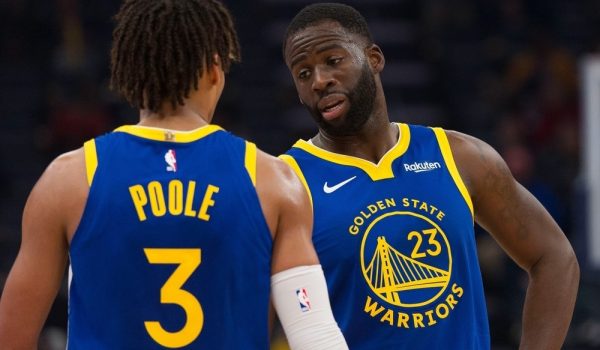 It’s the beginning of a new week, why not celebrate by going for a big payday? That’s right, we’re back with another NBA mega parlay, this time a three-teamer with a payout north of 15/1 where we’re counting on the Warriors to pull off a money line upset in the slate’s nightcap. We’ve been rolling recently, with a couple of big parlay wins this week, so why not follow it up with even more winners on Saturday?

To start this mega parlay off we’re taking the Magic. It might not feel great, but there’s value at this price. Orlando is coming off a bludgeoning at the hands of Milwaukee, and the public perception surrounding them is at an all-time low. That has caused these numbers to get pretty inflated. The Spurs have lost five of their past six games, so there’s just no way I could make them this large of a favorite on the road here. I expect Orlando to come out with a much better effort here on the heels of their 37-point defeat, and in their defense they have played a very tough schedule recently. This team just beat the Clippers less than two weeks ago, they can beat the Spurs.

The Pelicans still can’t play defense, so I’ve got to fade them and go with the Kings here. New Orleans didn’t look particularly impressive on Sunday night, as they barely squeaked past a Cavs team missing almost all of their best players. Collin Sexton, Darius Garland, and Jarrett Allen all didn’t play for Cleveland, and it still took the Pels until the final minute to close out the game. Their last three losses, to the Nets and Hawks twice, have all been ugly, with each coming by at least 16 points. The Kings also have a big rest advantage, as the Pelicans had to play in Cleveland on Sunday and then turn right around to catch a flight, while Sacramento was off on Sunday.

To wrap up this parlay and hopefully bring us home, we’ve got one last money line underdog, the Golden State Warriors. The importance of playing at home can’t be understated for this Golden State team. They’re only 9-18 on the road this season, but are 16-10 at home. Denver looked horrible on Sunday, getting blown out at home by the Celtics and only scoring 87 points. Jamal Murray has been out for the past few games, and it doesn’t look like he’s going to play here. Before playing the Celtics Denver’s previous four games were against the Pistons, Spurs twice, and Magic, so I’m sure playing Boston was a shock to their system. Now on the road for the second half of a back to back against a well-rested Warriors team, I think they’ll struggle again.