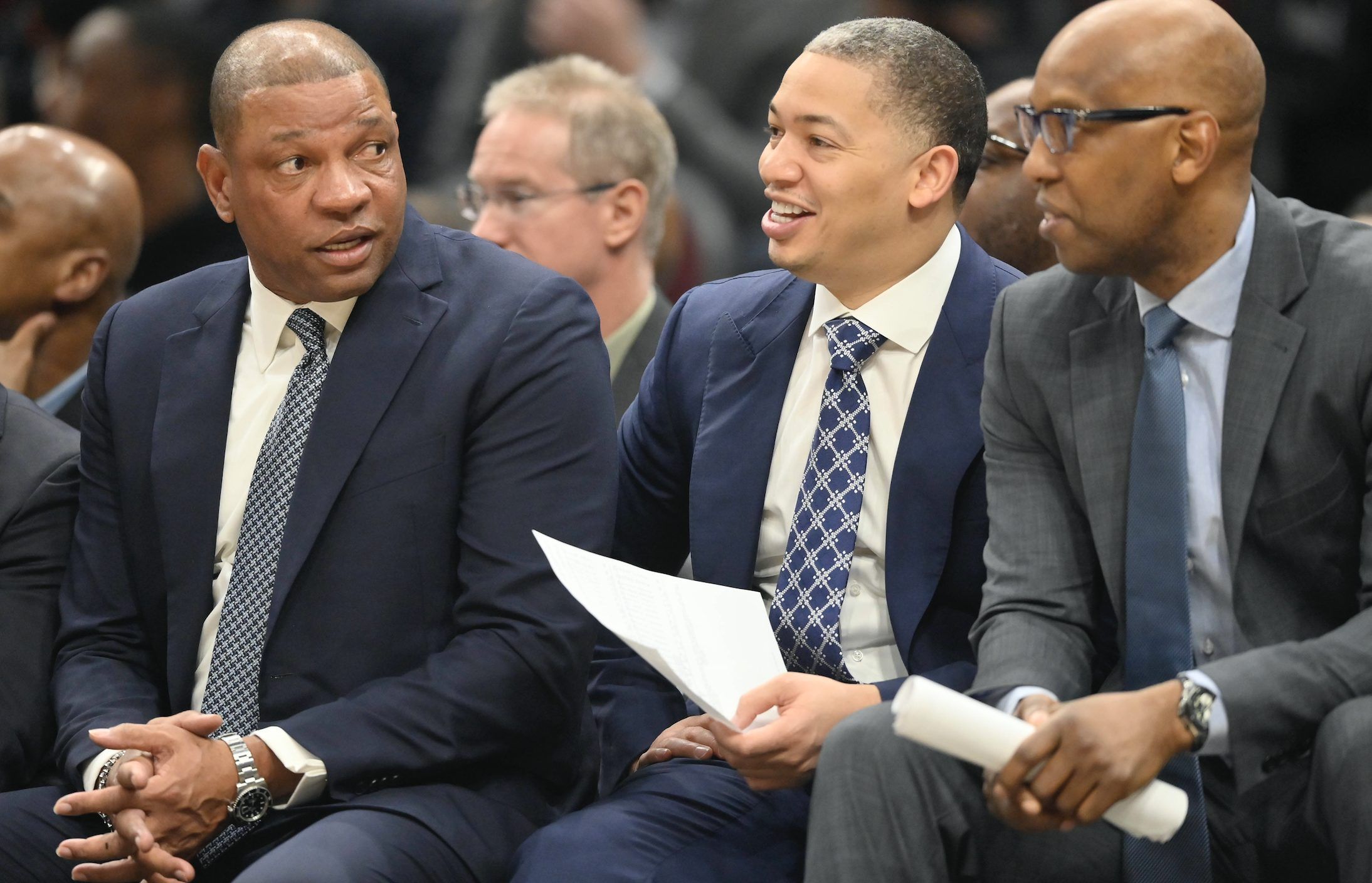 Since graduating from Davidson (The College That Stephen Curry Built), I have been writing about sports--just about any and all you can think of!--and coaching tennis in Atlanta, Ga. Beyond the four major sports, I am an avid tennis fan and cover the ATP Tour on a daily basis. If I'm not busy writing, you can generally find me on a tennis court or traveling the world wherever a sporting event takes me.
@Dimonator133
Updated: 4:29 AM ET November 04, 2020

Like just about everything else in the sports world this year, the official start of NBA free agency continues to be pushed back. It will likely begin later this month, sometime after the Nov. 18 NBA Draft.

That’s why the draft—along with coaching changes—is the biggest current story of the offseason. Who will go No. 1 overall? Where is LaMelo Ball headed? Those questions and many more will be answered in the near future. As for the coaching carousel, it has been moving fast and furiously this fall.

Let’s take a look at what has already gone down since the 2019-20 NBA Finals ended in early October and what could transpire over the coming weeks.

What’s the call on Ball?

The biggest wild-card in the upcoming NBA Draft is..you guessed it…Ball. He has a chance of going No. 1 overall to the Minnesota Timberwolves (currently a +195 second choice behind Anthony Edwards), but there are reports that he has been struggling in interviews and could fall outside the top three. Ball is a -225 favorite to be selected with one of the top two picks, while he is +180 to fall outside the top two.

“I either want him in New York or Detroit…I already had a son in L.A with a raggedy ass coach.”

The 19-year-old to be the third pick or worse at +180 may actually be the best value play on the NBA Draft right now. There just doesn’t seem to be much value in the No. 1 pick. Edwards is probably going to be the choice, but is he as much of a slam dunk as his -235 juice suggests? Probably not. If the former University of Georgia star does go first, the Golden State Warriors would then have their choice between Ball and former University of Memphis big man James Wiseman.

Everyone knows that the Warriors’ lone weakness in recent years has been the lack of a true low-post presence. It’s true that they don’t necessarily need one based on their style of play, but Wiseman would give them size while also being athletic enough to run the floor and keep the team’s pace. Just imagine Wiseman commanding the attention of opposing defenses around the basket and being able to kick out to Stephen Curry and Klay Thompson… That could be scary.

Regardless of the direction in which the Warriors go in two weeks, they are overwhelmingly expected to be back where they belong as one of the top three teams in the Western Conference (they are a +500 third choice to win the West behind the two Los Angeles teams; the Dallas Mavericks and Denver Nuggets are far behind as +1400 fourth choices).

The Clippers will be one of the most interesting teams to watch next season with Tyronn Lue taking over for Doc Rivers as head coach. Lue, an assistant under Rivers this past year, won a championship as head coach of the Cleveland Cavaliers in 2016.

Rivers immediately landed on his feet with the Philadelphia 76ers, who are a +1200 sixth choice to win the Eastern Conference. Among the rivals they trail are the Brooklyn Nets (+400), who are under the guidance of first-year head coach Steve Nash. Former Houston Rockets head coach Mike D’Antoni was just hired as one of Nash’s assists, which is obviously an interesting dynamic. Houston followed up D’Antoni’s exit by hiring Stephen Silas for his first NBA head-coaching job.

The other teams with new head coaches are the New Orleans Pelicans (Stan Van Gundy), Indiana Pacers (Nate Bjorkgren), Chicago Bulls (Billy Donovan), New York Knicks (Tom Thibodeau), and Cleveland Cavaliers (J.B. Bickerstaff). The Oklahoma City Thunder are the only team without a head coach right now, and they have additional question marks with Chris Paul potentially being on the trade market.

The Lue hire by the Clippers may be the best of the bunch, but it’s hard to like them a lot with the Lakers reloading on the heels of their recent title and the Warriors likely looking like the Warriors of old. With uncertainty still looming in the NBA as free agency approaches, it may be best to wait to place your 2021 bets. Team win totals, which are not yet on the market, may offer superior opportunities to conference and overall champion odds.

Only one thing is for sure: the offseason is about to heat up in a big way.