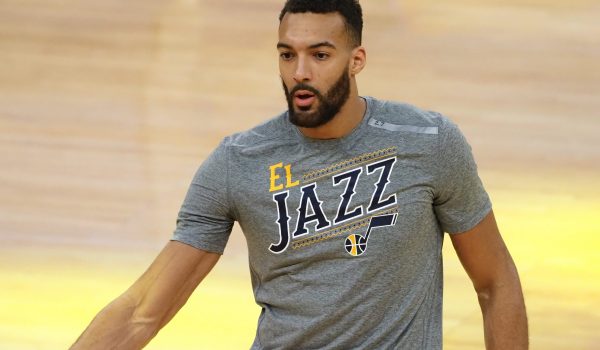 The NBA season is approaching the home stretch, and the stakes are higher than ever with teams jockeying for playoff positioning. We’ve got a solid slate on Friday with 10 games. The best of those games is undoubtedly this Western Conference clash between the Denver Nuggets and Utah Jazz.

What better way to make this  showdown between two of the league’s top teams even more entertaining than by betting a same game parlay? We’ve also got thoughts on the side and total, which you can find out in our full game preview.

We’ve got a simple two-leg parlay here, one which pays out north of 15/1 with FanDuel Sportsbook. We get a huge odds boost by combining a big Jazz win with a big night from Jokic, when I don’t think it conflicts much at all. Let me explain:

The Jazz have been arguably the best team in the league this season, so I’m not scared of taking them on an alt spread. 37 of their 48 wins this year have come by double digits, with plenty of blowouts. They haven’t been winning too many squeakers. Utah won’t have Donovan Mitchell here, but that’s canceled out by the Nuggets losing Jamal Murray. Other guys are stepping up, and Bojan Bogdanovic has been fantastic.

Bogdanovic has scored at least 22 points in five straight games, and has been incredibly efficient. Speaking of efficiency, Joe Ingles is shooting 47 percent from beyond the arc this year. The Jazz have looked just fine without Mitchell, and just recently put up 154 points without him in the lineup. Jordan Clarkson is averaging 17.5 off the bench, and just scored 30 in Utah’s most recent game, a 32-point blowout win over the Spurs. Oddsmakers have adjusted too much for Mitchell’s absence.

We get a big odds boost by combining this with the Jazz. That’s misguided. Oddsmakers are acting like there’s some huge correlation between Jokic’s scoring and the Nuggets playing well, when that’s simply not the case. In fact, Jokic is averaging 1.9 points per game more in losses than in wins this season. Just two games ago, Jokic scored 32 points while the Nuggets lost and only put up 89 as a team.

Often times the Nuggets do better when Jokic scores less, since it means his teammates are shooting well. As for his odds of getting to 35 in general, getting +430 is a steal. In two games against Utah this season Jokic has scored at least 35 both times, and dropped 47 against them most recently. Clearly, he has their number. Jokic has scored at least 30 in four of his past five, and always saves his best performances for these big showdowns.