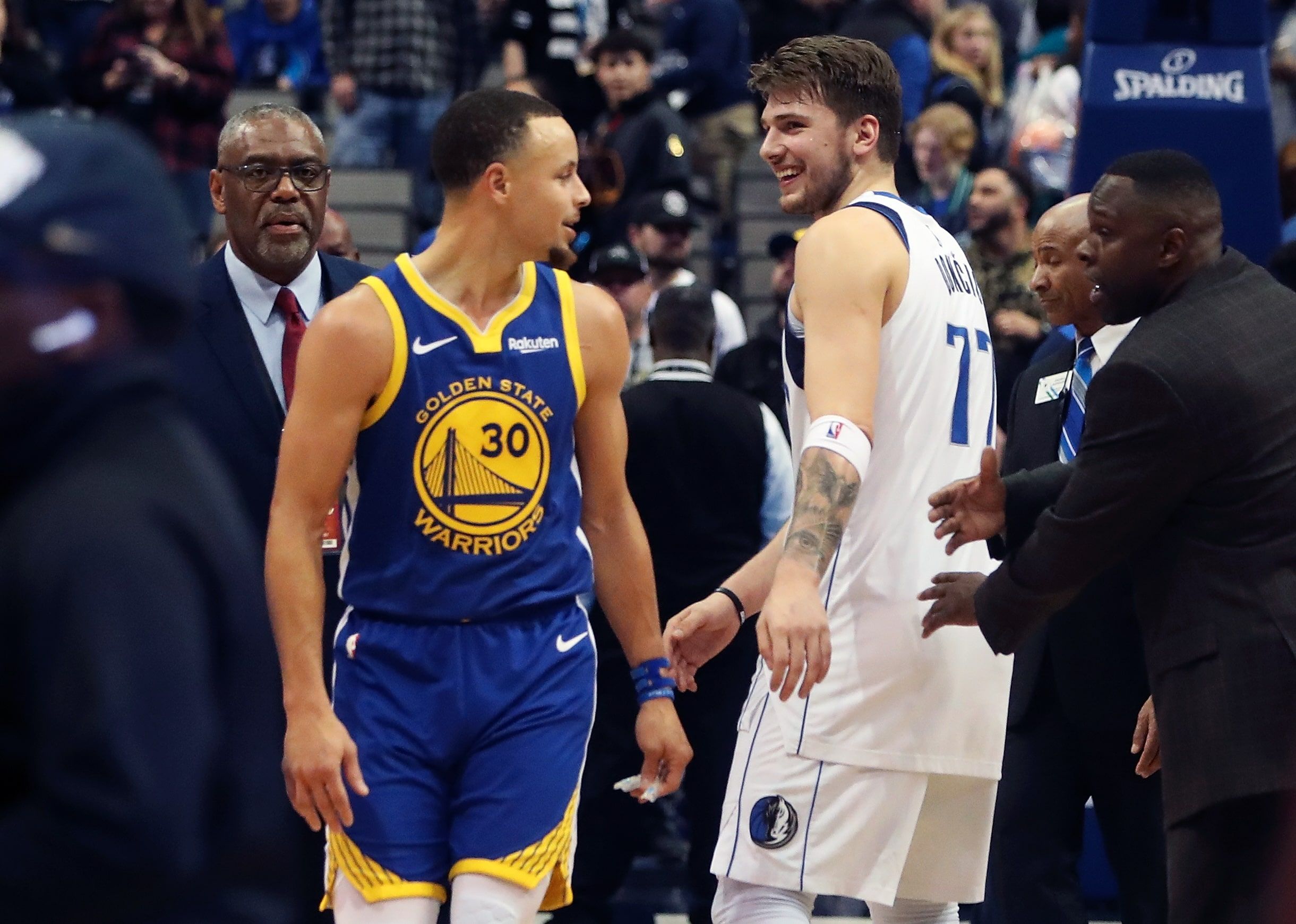 We’ve got a big Saturday NBA slate with 11 games, and easily the best game of the day is this Western Conference clash between the Golden State Warriors and Dallas Mavericks. These teams just played on Thursday, and it resulted in a Golden State blowout. Even if we get another lopsided game here, Steph Curry vs. Luka Doncic is always going to be fun to watch.

We’ve got a three-leg parlay here, one which pays out at over 25/1 with FanDuel Sportsbook. We get a huge odds boost by combining the Warriors’ alt spread with Doncic to still go off, when I really don’t think they conflict too much. Allow me to explain:

The Warriors just won by 31 when these teams played on Thursday, so I don’t see why they can’t win by six here. In fact, I don’t see why they’re underdogs at all in this game. The Mavericks are in absolute free-fall, having lost seven of their last eight games. Their one win in that span came in a close game against a mediocre Hawks team. Thursday night was far from their only lopsided loss, as they’ve suffered a string of embarrassing blowouts. I was skeptical of this team coming into the year, and I can’t for the life of me understand why expectations were so high.

They were the seventh seed in the West last year, and then pretty much stood pat this offseason while the rest of the conference got a lot better. Doncic was never going to progress *that* much for them to just magically dramatically improve. The Warriors on the other hand are starting to find a groove as they build chemistry with this new group, going 4-2 in their last six games with the two losses coming to the Suns and Celtics. I think they keep it rolling here.

We get a huge odds boost by throwing this in, when I’m not sure it means what oddsmakers seem to think it means. Three of the last four times Doncic has scored 30+ the Mavericks have lost, so if anything Doncic scoring 30 actually could be a good sign for the Warriors if it means his teammates aren’t carrying their weight. The young superstar always seems to show out in these primetime nationally televised games, so I think he’ll bring his best here.

He had 27 points effortlessly on Thursday in the blowout loss despite shooting just 8/20 from the field and not playing his full allotment of minutes. Golden State’s defense is mediocre at best, and Doncic is due for some positive regression for his three-point percentage soon. He can hit 30 without breaking much of a sweat.

I’m not sure why oddsmakers continue to give Wiggins so much respect. He’s scored at least 20 points in only five of 22 games this season, so this line feels ridiculously high. His three-point shooting has cooled fast after a brief hot stretch and he only had 18 points on Thursday despite Golden State scoring an eye-popping 147 as a team. If he can’t get to 20 when his team scores 147, I don’t see him getting to 20 here. Wiggins doesn’t get to the free throw line much and he’s been ice cold from deep the past couple of games, so he’s going to need to hit a *lot* of mid-range jumpers to hit this over.