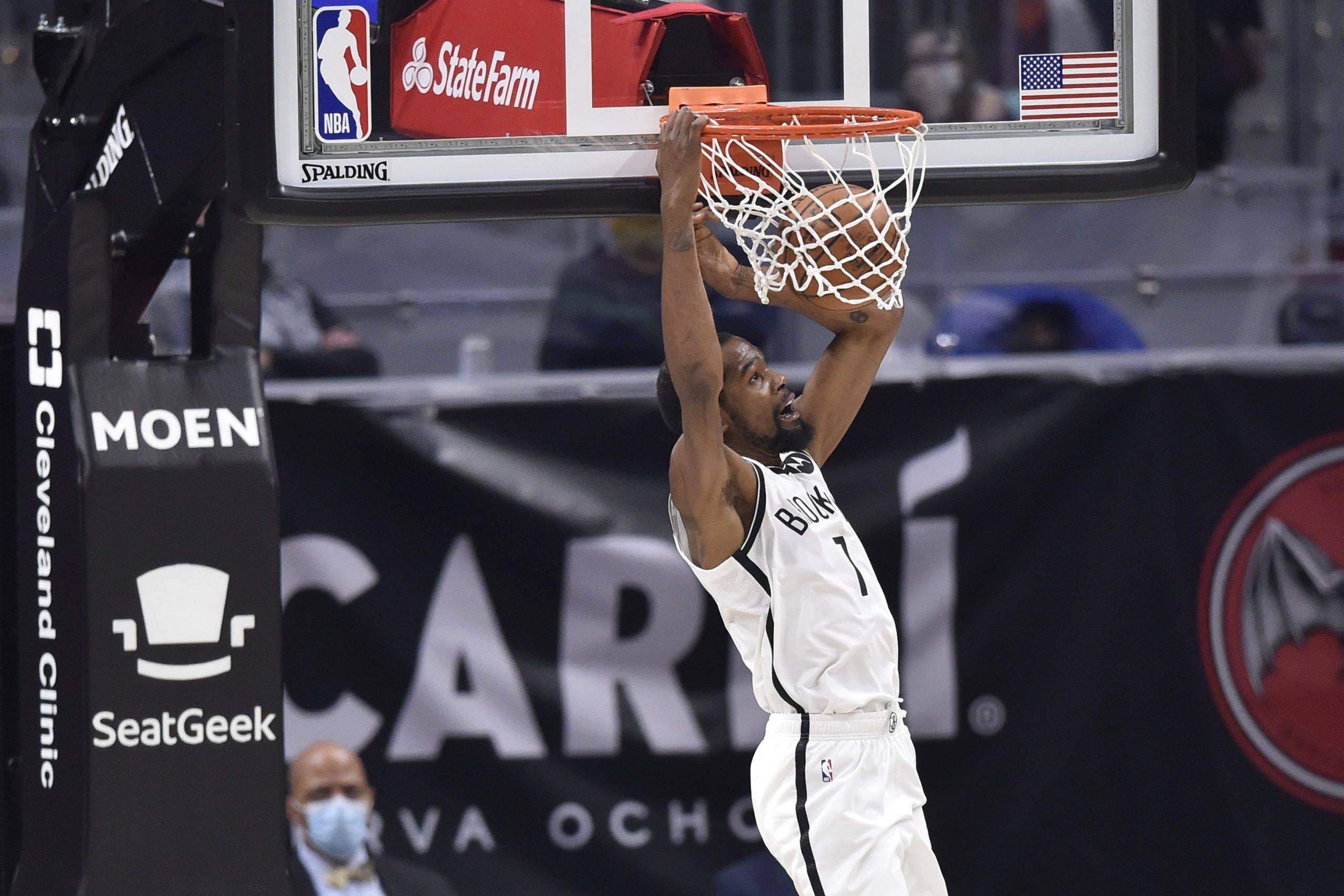 I'm an NFL handicapper here at Pickswise who was raised in a household full of sports fanatics. Since I unfortunately never had LeBron James' jumping ability I wasn't able to make it to the NBA, and chose writing about sports as the next best thing. An avid sports bettor myself, I'm excited to get to write about the industry as it gets set to take off across the country. Buckle up.
Published: 15:21 PM ET April 10, 2021

The NBA season is approaching the home stretch, and the stakes are higher than ever with teams jockeying for playoff positioning. We’ve got a nice slate on Saturday, and one of the best games is this showdown between the Los Angeles Lakers and Brooklyn Nets. No Anthony Davis or LeBron James yet, but still plenty of intrigue.

We’ve got a three-leg parlay here, one which pays out just shy of 30/1 with FanDuel Sportsbook. We get a odds boost by combining a big Nets win with a big Caldwell-Pope scoring night, when I don’t think it conflicts at all. Let me explain:

This one should be a blowout. Without James or Davis in the lineup, the Lakers simply don’t have enough firepower to keep up offensively. They’ve failed to top 100 points plenty of times recently, which obviously isn’t acceptable in today’s NBA. They’re just 4-7 in their last 11 games. Those four wins came against the Raptors, Kings, Magic, and Cavaliers, some of the worst teams in the league. Needless to say, this is a big step up in competition. The Nets on the other hand are 14-3 in their last 17, with many of those victories coming by lopsided margins. They’ll roll once again here.

We get a big odds boost for combining this with the Nets winning, when I really don’t think it conflicts much at all. KCP is actually averaging slightly more points per game in losses than in wins this year. I don’t think oddsmakers are accounting enough for Caldwell-Pope’s recent uptick in usage either, so +320 has some standalone value. He’s coming off a game where he played 39 minutes, took 20 shots, and scored 28 points. He’s scored at least 13 in three of his past four, and if he sees anywhere near that kind of volume again here he’ll have no problem getting to 15.

This is a bit of a dice roll, but I like the odds at +265. Durant just came back from a long injury absence, and only played 19 minutes in his first game back. In those 19 minutes, he still managed to score 17 points. His minutes should be increased here, and he doesn’t need all that many more to get to 25. I also think he’ll want to make a statement with this game being on national television, and show everyone he’s healthy. Before going down, he had scored at least 25 points in 15 of his past 18 games, so these odds are too steep to pass up.