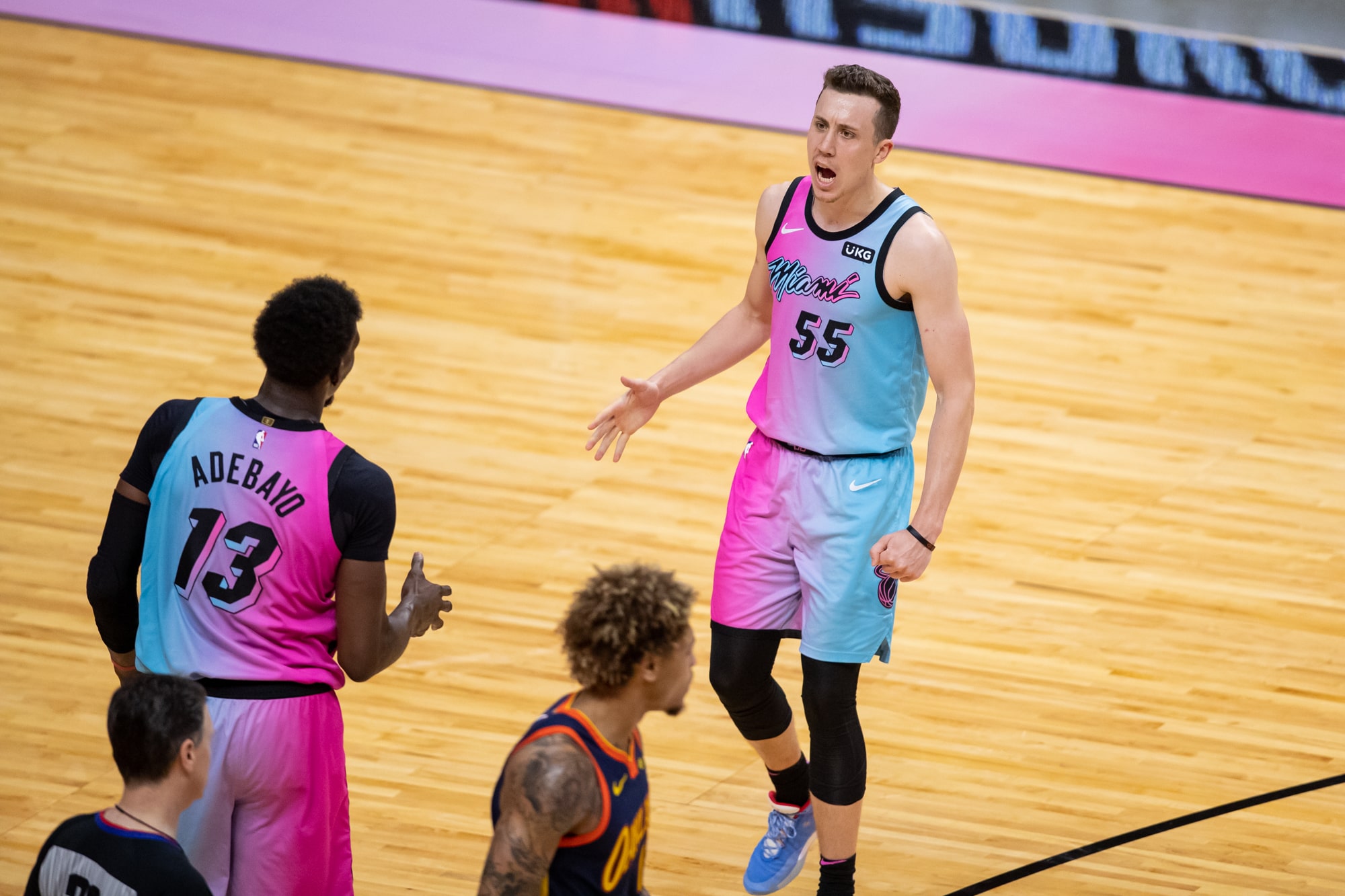 The NBA season is approaching the home stretch, and the stakes are higher than ever with teams jockeying for playoff positioning. We’ve got a solid slate on Sunday with eight games. One of the best of those games is this early tipoff between the Miami Heat and Boston Celtics.

What better way to make this  showdown between two of the East’s biggest teams even more entertaining than by betting a same game parlay? We’ve also got thoughts on the side and total, which you can find out in our full game preview.

We’ve got a simple two-leg parlay here, one which pays out north of 20/1 with FanDuel Sportsbook. Both of these plays have standalone value, and they correlate heavily with one another. Let me explain:

The Celtics have flat out stunk lately. Most importantly for this alternate spread, they’ve shown they have no floor in recent weeks. Boston is just 3-5 in their last eight games, but it’s much worse than that sounds. They just lost by 22 to the Bulls in their last game. Their three wins in that span came against the Magic, Spurs, and Hornets, three below .500 teams. Three of their past four defeats have been by double digits, and they even just lost to the lowly Thunder.

As such, I think the Heat have a very good chance to win this one going away. Miami has been coming on strong, winning eight of their last 11. Tyler Herro is coming off one of his best games of the season where he scored 27 points on only 13 shots, making six threes. If he keeps it up, the Heat are going to start looking a lot like the team that made a run to the NBA Finals last year. Fade the Celtics while you still can.

This number seems seriously mis-priced. Nunn got off to a slow start this season, but has really picked up his scoring lately. He averaged 16.3 points per game for the Heat in April, and has scored at least 20 in four of his past nine. He’s scored at least 17 in seven out of his past ten. This feels more like a 50/50 proposition than something that should be priced at +460.

+460 is an implied win probability of 17.9 percent. Clearly, Nunn has a far better than 1/5 chance of getting to 20 here. This also correlates strongly with the first leg of this parlay. Nunn is averaging a significant 3.5 points per game more in wins than in losses this season. As such, if he has a big game, that’s very good news for our chances of the Heat winning by 11+.