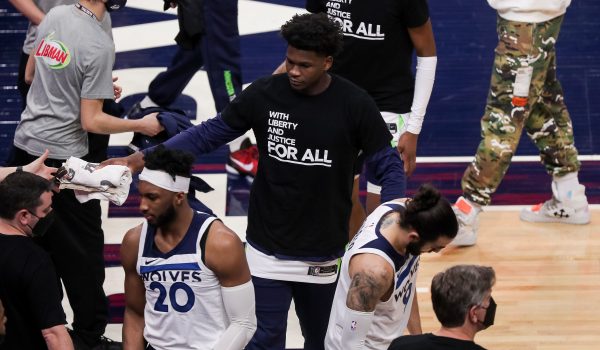 The NBA season is approaching the home stretch, and the stakes are higher than ever with teams jockeying for playoff positioning. We’ve got a solid slate on Sunday with eight games. The nightcap of the slate will be this NBATV clash between the Minnesota Timberwolves and Los Angeles Clippers. It’s unclear if Kawhi Leonard will play, but there will be plenty of star power either way.

We’ve got a three-leg parlay here, one which pays out north of 40/1 with FanDuel Sportsbook. We’re counting on the Timberwolves to pull off the upset, and I think these three plays all correlate. Let me explain:

The Timberwolves have a better chance here than you might expect. They were one of the worst teams in the league early on, but they dealt with an onslaught of injuries. They were without Karl-Anthony Towns for a long stretch, so you can’t really judge them based on that. They fired their coach midseason, and things have just been chaotic. Now that they’ve finally settled in they’re playing better, and have pretty much been a .500 team the past couple of weeks.

They’ve got plenty of momentum entering this one, as they’re coming off an eight-point win over the Heat. Their last five losses have come against the Bucks, Nets, Celtics, Pacers, and 76ers, all very talented teams. There’s a good chance Leonard doesn’t play here for the Clippers, and even if he does he’ll probably be limited after missing four straight games.

If the Timberwolves pull off the stunner here, guess who probably had a big game? Edwards. The rookie first overall pick has been coming into his own lately, and is taking on a progressively larger role on offense. In two of his past three games, he’s taken at least 21 shots from the field and 11 attempts from beyond the arc. He’s scored at least 22 points in nine of his past 12 games, so it’s not as if him getting to 25 is any sort of long-shot. Edwards is averaging a point and a half more in wins than in losses this year, so I think this play definitely correlates with our money line.

For the final leg, I think this one also correlates heavily with a Timberwolves win. It also correlates nicely with a big Edwards scoring night, with Rubio feeding him dimes. Rubio’s playing time fluctuates, but he played 30 minutes in the win over the Heat, and if he gets similar run here I think this has a very good chance. His assist numbers have dipped a bit the past couple weeks, but he *averaged* 8.2 assists in 13 March games, so I think +375 is an overreaction from oddsmakers.