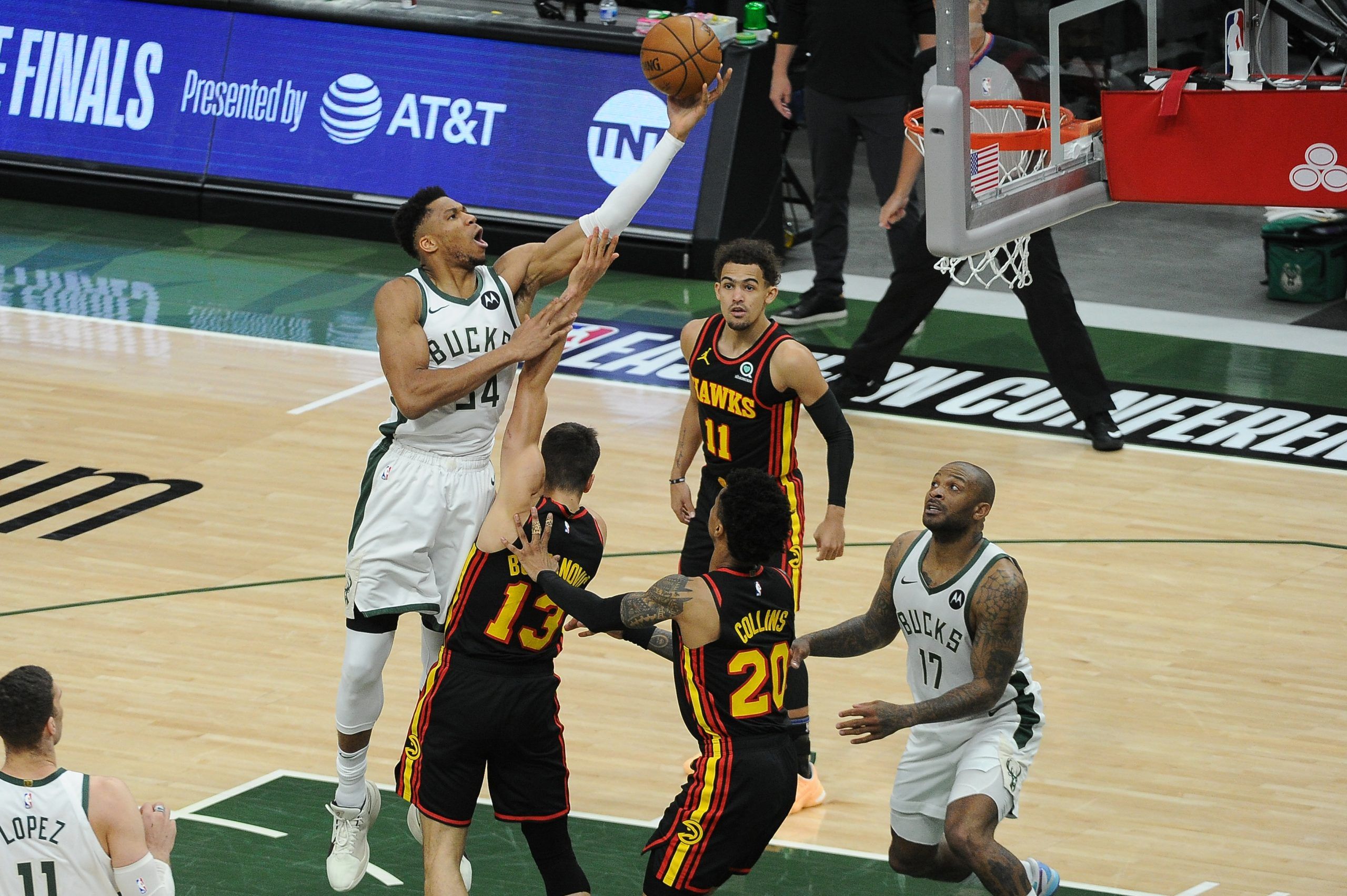 I'm an editor here at Pickswise who was raised in a household full of sports fanatics. Since I unfortunately never had LeBron James' jumping ability I wasn't able to make it to the NBA, and chose writing about sports as the next best thing. An avid sports bettor myself, I'm excited to get to write about the industry as it gets set to take off across the country. Buckle up.
Published: 23:05 PM ET June 25, 2021

The Milwaukee Bucks heard all the talk the past couple days. After getting dragged over the coals (deservedly) for blowing Game 1 of the Eastern Conference Finals to the Atlanta Hawks, Milwaukee responded in the best way possible.

Led by Giannis Antetokounmpo’s 25 points, the Bucks cruised to a 125-91 blowout victory. In the process they evened up the series at 1-1 as it shifts to Atlanta. They’re once again a heavy betting favorite to win the series and advance to the NBA Finals. Let’s breakdown what we just saw, and what it means moving forward:

Dominate might be understating it. The Bucks put on an absolute clinic Friday night, out-classing the Hawks from the opening whistle. Antetokounmpo was sharp, and each of the team’s five starters finished +30 or better for the game. That’s despite none of them playing more than 32 minutes.

Even more encouraging than Antetokounmpo’s success was the big night from his supporting cast. Brook Lopez, Khris Middleton, and Jrue Holiday combined to shoot 21/35 from the floor. Everyone was waiting to see if this team would come out inspired after their Game 1 collapse, and that’s exactly what happened.

They played with a passion and chip on their shoulders that had been lacking so often in the playoffs before. Clearly Trae Young doing the shimmy before hitting a three the other night was enough to spark a fire. It was something the Bucks desperately needed.

An angry Milwaukee team is not one that anyone wants to see. They also played great team defense on Young, holding him in check on the heels of his 48-point outburst in Game 1.

The Bucks were embarrassed on Wednesday night, rightfully so, and it showed. After their beatdown on Friday, the series is back firmly in their control.

Anyone who missed tonight’s game looking at the box score pic.twitter.com/AYzYCPeFr1

Hawks may have already peaked

This Hawks team is fun, and incredibly easy to root for. That being said, the hype train got a little bit out of control after they stole Game 1. Stole is the only way to describe it, since Milwaukee had every opportunity to win that one.

The Bucks shot just 8/36 (22 percent) from beyond the arc, and still controlled the game for most of the night. Middleton was 6/23 from the field. Atlanta got an epic 48-point masterpiece from Young. And the Bucks still led that game by seven points with less than four minutes to go.

It took a near-historic performance from Young and a terrible shooting night from the Bucks just for the Hawks to squeak out a victory by three points. The fact is that Milwaukee just missed a ton of open shots in Game 1.

Everyone overreacted, when the Bucks were still clearly the better team in this series. They showed that and then some on Friday.