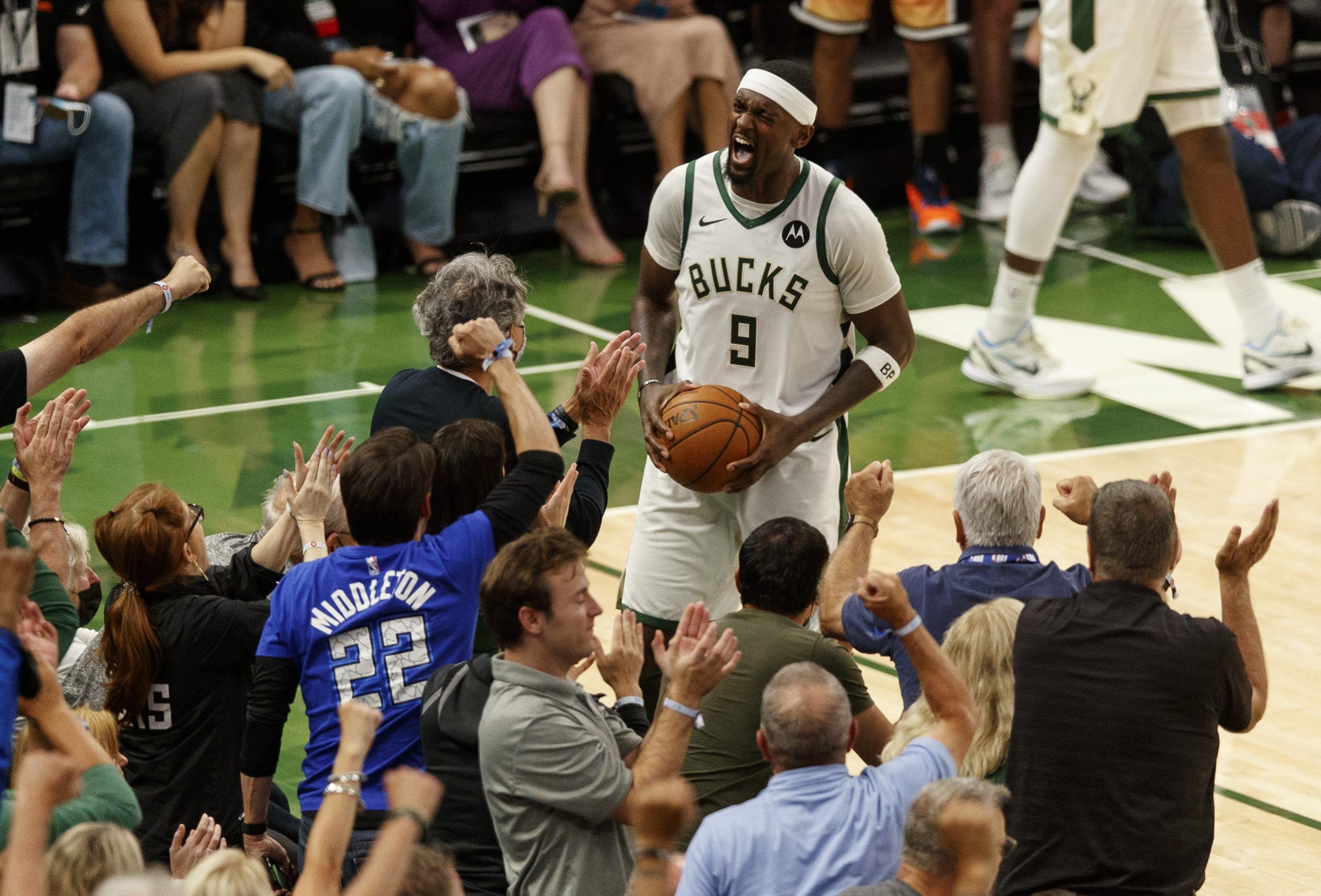 I'm an editor here at Pickswise who was raised in a household full of sports fanatics. Since I unfortunately never had LeBron James' jumping ability I wasn't able to make it to the NBA, and chose writing about sports as the next best thing. An avid sports bettor myself, I'm excited to get to write about the industry as it gets set to take off across the country. Buckle up.
Updated: 5:11 AM ET July 02, 2021

The Eastern Conference Finals sure have been a rollercoaster. Momentum has swung back and forth between the Milwaukee Bucks and Atlanta Hawks, but the Bucks seized control on Thursday night. They put up an all-around excellent performance in front of their home crowd, winning 123-112.

They took a 3-2 series lead in the process, making them clear favorites to advance to the NBA Finals. The injury to Giannis Antetokounmpo still casts a dark cloud over the team, but things are looking a lot brighter after Game 5. Let’s break down everything we just saw, and what it means moving forward:

A lot of people were quick to write the Bucks’ obituary after Antetokounmpo’s knee injury. Milwaukee’s other big name players said not so fast. All the talk leading up to the game was about how Jrue Holiday and Khris Middleton would respond in the wake of the injury, but it was Brook Lopez who ended up carrying the team.

Lopez was simply fantastic, scoring 33 points on 14/18 shooting. It was a ridiculous performance, and a reminder that the oft-overlooked Lopez is still a very real offensive threat. Bobby Portis was inserted into the starting lineup, and looked like he’d been there all along.

He played by far his heaviest minutes of the playoffs and transitioned seamlessly, scoring 22 points in 36 minutes. Holiday was an excellent floor general, dishing out 13 assists, and he was in complete control of the offense in the first half.

Milwaukee did have a few stumbles, but not too many. They got out to a huge lead early on, but then did let the Hawks go on a run to cut it to single digits before the half.

Old Bucks teams might’ve folded mentally at that point, but this one didn’t waver. They never took their foot off the gas, and demonstrated they’ve got plenty of talent even without the Greek Freak. If Lopez can keep playing like this the Bucks won’t just get past Atlanta, they’ll have a very good chance to beat the Suns for a championship, even if Antetokounmpo doesn’t play.

Don’t bury the Hawks just yet

It’s hard not to be excited about what we just saw from the Bucks. That being said, we’d be foolish to write off the Hawks now. With the amount of twists and turns this series has taken already, nothing would surprise me at this point.

There are reasons to be optimistic if you’re an Atlanta fan. For starters, it was reported that Trae Young is targeting Game 6 for a return. With it being an elimination game, it would be pretty shocking if he doesn’t play.

This is a Hawks team that just obliterated the Bucks in Game 4, without Young and with Antetokounmpo playing most of the game. Now they’ll return home to their own fans for Game 6, likely with Young and almost certainly without Giannis.

Perhaps some weaker-minded teams might get discouraged after Thursday night, but not this Hawks one. They’re a resilient bunch, and they’ve already responded to adversity plenty of times in this postseason.

Bogdan Bogdanovic has snapped out of his slump and appears to have his knee injury fully behind him. Lou Williams is playing really well at the moment, and Cam Reddish is providing a spark off the bench.

This is a team that went into Philadelphia and beat the 76ers on their home court in a Game 7. There’s no reason to believe they can’t do it again in Milwaukee, if they make it there.