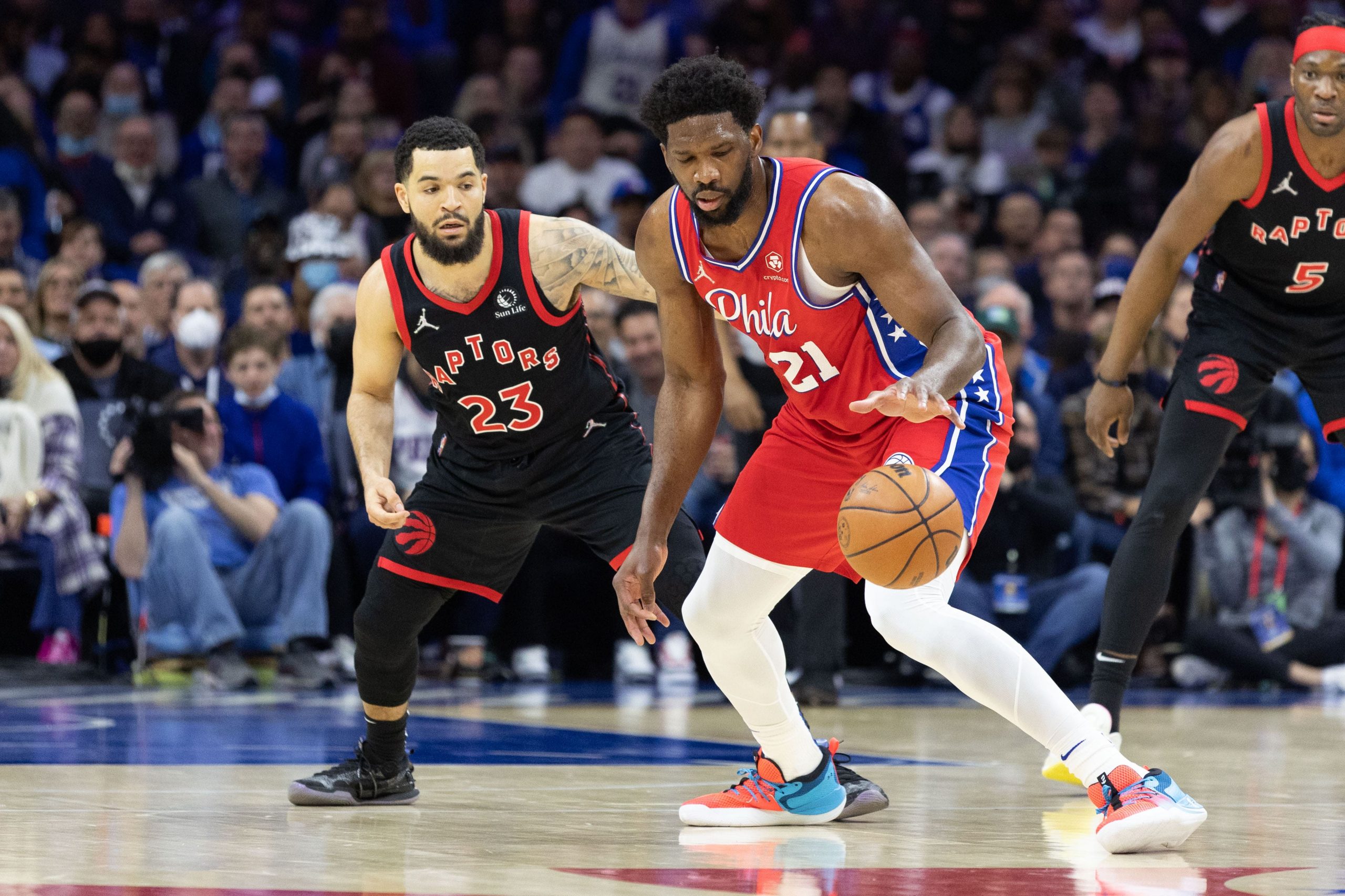 The Toronto Raptors suffered a heartbreaking loss at the end of overtime in Game 3 to the Philadelphia 76ers. It has left them with a 3-0 deficit and potentially facing a sweep. However, they did have a much improved performance compared to their efforts in Philadelphia and should be set to provide us with a much more tightly-contested game tonight, too.

You can find our full coverage of the NBA playoffs here. But for now take a look at my 76ers-Raptors same game parlay below.

For the Toronto Raptors this series OG Anunoby has been their standout performer. He has dropped 26 points in each of the last 2 games, with 20 in Game 1 too. That level of consistency should serve him well tonight as he is likely to play a major role once more. Anunoby has seen his minutes increase game on game in the series and is likely to play close to 40 minutes tonight. He is making 47.2% of his 3-pointers in the postseason, hitting 4 in each of his last 2 games. If he can do something similar here, it should set him up well to clear the over on this.

Be sure to check out our full Game 4 preview for Philadelphia 76ers vs Toronto Raptors.

With Matisse Thybulle being unavailable for the Toronto games for the 76ers, Danny Green was inserted into the starting lineup for the series. He saw 46 minutes of playing time in the overtime win in Game 3 and could see similar playing time tonight, too. With James Harden and Tyrese Maxey having success getting to the rim and Joel Embiid drawing a lot of attention on the interior, Green has played a key role of spacing the floor for them. With 3 made 3-pointers in each of the last 2 games, he has been hitting this over of late. He is, however, making only 25.2% of his 3-point attempts and the Raptors are likely to help off from him here. With enough attempts, he should hit this once more.

I had backed the over on this line on my player prop selections on Wednesday and Anunoby came through with 4 in Game 3 of the series. The forward has been a capable scorer in the post and off the bounce. The Raptors have been exploiting Georges Niang any time he is on the floor and Anunoby has been a part of that. He can beat the 76ers man and get into the paint, where he is likely to encounter Embiid. That should encourage him to dish the ball out, which should lead to assists for him here. He has managed 3 or more in 2 of the games so far and I expect him to keep it going tonight.

Fred VanVleet has not had the best series so far, but he has continued to have success from beyond the arc. He has been very aggressive in looking for his shot from downtown of late, with 26 attempts over his last 2 games. Considering he is making just over 36.1 % of his attempts in the series from deep, getting close to 13 attempts tonight will give this line a great chance of hitting. With Gary Trent Jr. bouncing back in Game 3 for the Raptors, it gives the 76ers another player to whom they have to play close attention. That should allow someone like VanVleet more space to operate. That could help him improve his efficiency.