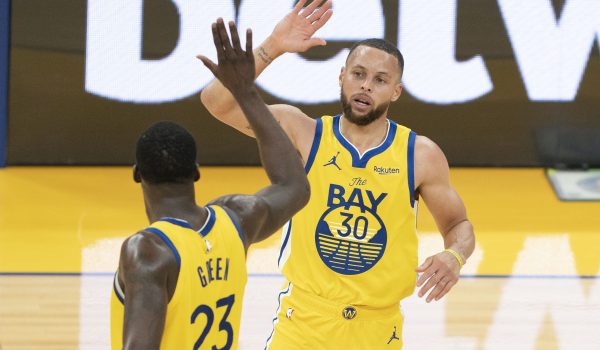 The 2020/21 NBA regular season is in the books. It was a wild ride, but we made it to the postseason. The league decided to roll with the controversial play-in tournament this year, providing more excitement down the stretch than ever before. Nobody would’ve guessed at the beginning of the season that the Lakers would be participating, that’s for sure.

Hornets vs. Pacers and Wizards vs. Celtics in the East, Spurs vs. Grizzlies and Warriors vs. Lakers in the West. Those will be the first matchups on Tuesday and Wednesday, and fortunately we’ve already got odds. Enough beating around the bush, let’s take a look at them, courtesy of FanDuel:

As you can see, three of these games are expected to be really tight. The Hornets are the more exciting team in their matchup thanks to the energy boost they’ve gotten from Lamelo Ball, so I wouldn’t be surprised if they turn into a public underdog here. The Celtics are another team nobody would’ve predicted would find themselves in the play-in tournament.

The Wizards weren’t supposed to make the playoffs at all after their abysmal start, but they made a late charge. The Spurs are one of the least talked about playoff teams I can remember in recent memory, but don’t sleep on Gregg Popovich with multiple days to prepare for one game.

Stephen Curry vs. LeBron James, the league office got exactly what they wanted. Hopefully the game lives up to the hype, which will be off the charts. Los Angeles limped through the final month or two of the season, but oddsmakers clearly expect them to turn it around quickly.

There were two numbers here that immediately jumped out to me:

The first play-in tournament wager I’ll be making is on the Wizards. Even before the devastating Jaylen Brown injury, it just wasn’t the Celtics’ year. Boston has been off all season, and Brown’s wrist injury was the nail in their coffin. The Celtics finished the year going 5-10 in their last 15, with only one of those wins coming against a team that finished with a winning record.

The Wizards on the other hand caught fire down the stretch, going 17-6 in their last 23. Bradley Beal just returned from his minor hamstring injury, and I’m not too concerned about it. Russell Westbrook has silenced all of the doubters, and I’m expecting another herculean effort from him here. Jayson Tatum can’t do it all by himself.

Russ’ block secures the win for the Wizards, but hits our Pacers +3.5 pick!

Say whatever you want about the Lakers being defending champs, this line is inflated. Everybody is just assuming Los Angeles will get things figured out in the playoffs, but that’s misguided. They’ve barely played as a unit recently, so their chemistry will be off here. The Warriors on the other hand have been playing with a ton of chemistry recently. It understandably took Golden State a while to gel as they mixed in a bunch of new pieces, but they went 15-5 in their last 20.

Clearly things have clicked entering the play-in tournament. Curry has been simply unbelievable, and can easily keep this game within this number. James only came back for the final two games, and should still be rusty here. He also appeared to tweak his ankle yet again on Sunday. As such, I’m not sure how anyone could lay a spread this large with the Lakers here. I’m going to be playing some Warriors money line at this price of +235 as well. That probably won’t last.