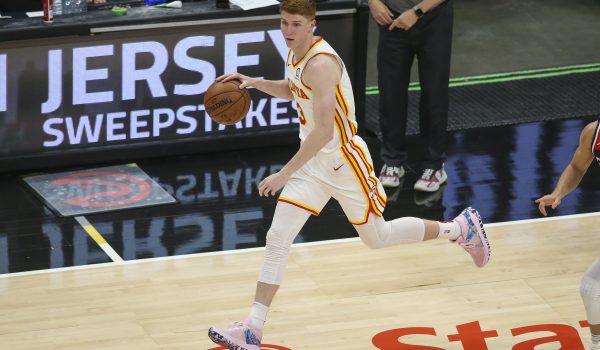 The NBA playoffs are officially in full swing, and it’s been hard to complain about the action we’ve seen so far. There have been plenty of thrills, and we’ve got a solid two-game slate on Wednesday as the Hawks and 76ers and Clippers and Jazz meet for pivotal Game 5s.

It’s a lot to unpack, and there are a plethora of wagers to make. We’ve got tons of great content for the playoffs, including same game parlays, mega parlays, and picks on the side and total for every single matchup.

But right now we’re going to talk about one of my favorite props, first-basket bets. Let’s dive into my favorite such plays for Wednesday, including Kevin Huerter.

Oddsmakers continue to treat the 76ers as a heavy favorite to score first, and it continues to make no sense. Clint Capela tipped off against Joel Embiid three times in the regular season, and the Hawks started with ball twice. Atlanta has gained the first possession in three of four games in this series. With Joel Embiid still nursing an injury, don’t expect him to be going 100 percent for these jump balls.

Embiid is +410, Ben Simmons is +500, and Tobias Harris is +650. The Hawks’ lowest player is Trae Young at+650. That makes no sense given what we’ve seen so far in this matchup. Looking at Hawks players, Huerter is too good to pass up at 13/1. He was just inserted into the lineup for Game 4, and promptly took the team’s first shot. The Hawks need his three-point shooting, and will make getting him going a priority early. He has a very good chance to take the team’s first shot for the second game in a row.

After going for a bit of a big payday in the early game with Huerter, we’re getting chalkier in the nightcap. The odds don’t jump off the page, but Mitchell makes the most sense. With Rudy Gobert jumping against Marcus Morris, the Jazz are a virtual lock to start with ball. From there, we know Mitchell’s volume is going to be off the charts.

He hasn’t struck first yet in this series, but he took Utah’s first shot in each of the final two games of their series against Memphis. Mitchell took 26 shots in Game 4 (in addition to attempting 15 free throws), more than twice as many as any other Jazz player.

Just for fun, I’ll be sprinkling a few bucks on a parlay of both of these. It’ll pay out at 70/1 at FanDuel Sportsbook. It’s the playoffs, why not celebrate by going for the jackpot?

NBA 2 days ago
Three NBA teams that will make big improvements in 2021-22: Don't sleep on the Timberwolves

NBA 3 days ago
Three NBA teams that could regress in the 2021-22 season: Blazers to blow it all up?

NBA 5 days ago
Daily public money update: Bettors already like both Bucks and Suns in 2022