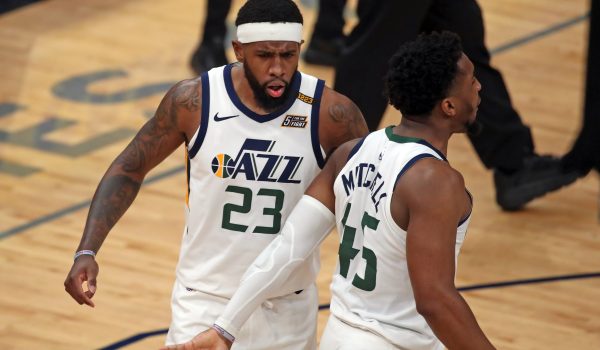 The NBA playoffs are in full swing and we’ve got a two-game slate on Monday. The nightcap is a good one, as the Los Angeles Clippers will look to even things up at 2-2 in their series with the Utah Jazz. It will be nationally televised by TNT.

What better way to make this pivotal postseason matchup even more entertaining than by betting a same game parlay? We also have some thoughts on the side and total for tonight’s mega matchups.

We have a three-leg parlay, one which pays out just shy of 15/1 at FanDuel Sportsbook. Let’s break it all down:

It’s a bit ridiculous that the Clippers are such strong favorites for this game. Sure they won Game 3, but they were decisively outplayed in the first two. Los Angeles played just about as well as they possibly could have, and should come down to earth here. Needless to say, I don’t think Nicolas Batum, Reggie Jackson, and Paul George are going to combine to shoot 15/22 from three again.

The Clips shot over 50 percent from deep as a team, which isn’t sustainable. The Jazz didn’t even play poorly, they just caught the Clippers on the wrong day. Mitchell stayed hot with his three-point shot, and if that continues the Jazz should win. Thanks to the presence of Rudy Gobert the Clippers are having a tough time scoring around the rim, and could only win when they had an absurd shooting night.

We get a nice odds boost by combining this with the Jazz winning, when I don’t think it conflicts much. Leonard is going to get this, the Clippers are only going to win if his supporting cast steps up. Los Angeles didn’t win Game 3 because Leonard had 34 points, they won because George finally woke up and Jackson and Batum were hot.

In Game 2 against Dallas in their last series, Leonard shot 14/21 and scored 41 points, and the Clippers still lost. Clearly, his scoring does not guarantee a win. The Jazz will have to respect George and the role players a bit more after their Game 3 eruptions, which will free things up a bit for Leonard.

On the other hand, this does correlate with the Jazz winning. Mitchell averaged 0.9 more assists per game in wins than in losses. He was hot from three in Game 2, but only 6/15 on twos. He wasn’t at all efficient on his drives, and missed a bunch of easy dump-offs to Rudy Gobert and others. He’s still had at least four assists in each of the three games of this series.

Mitchell will be more conscious of those dump-offs after adjusting to how much the Clippers sold out to stop his drives in Game 2. He had ten and eight assists in the last two games of his first-round series against the Grizzlies, so getting +140 has some standalone value.