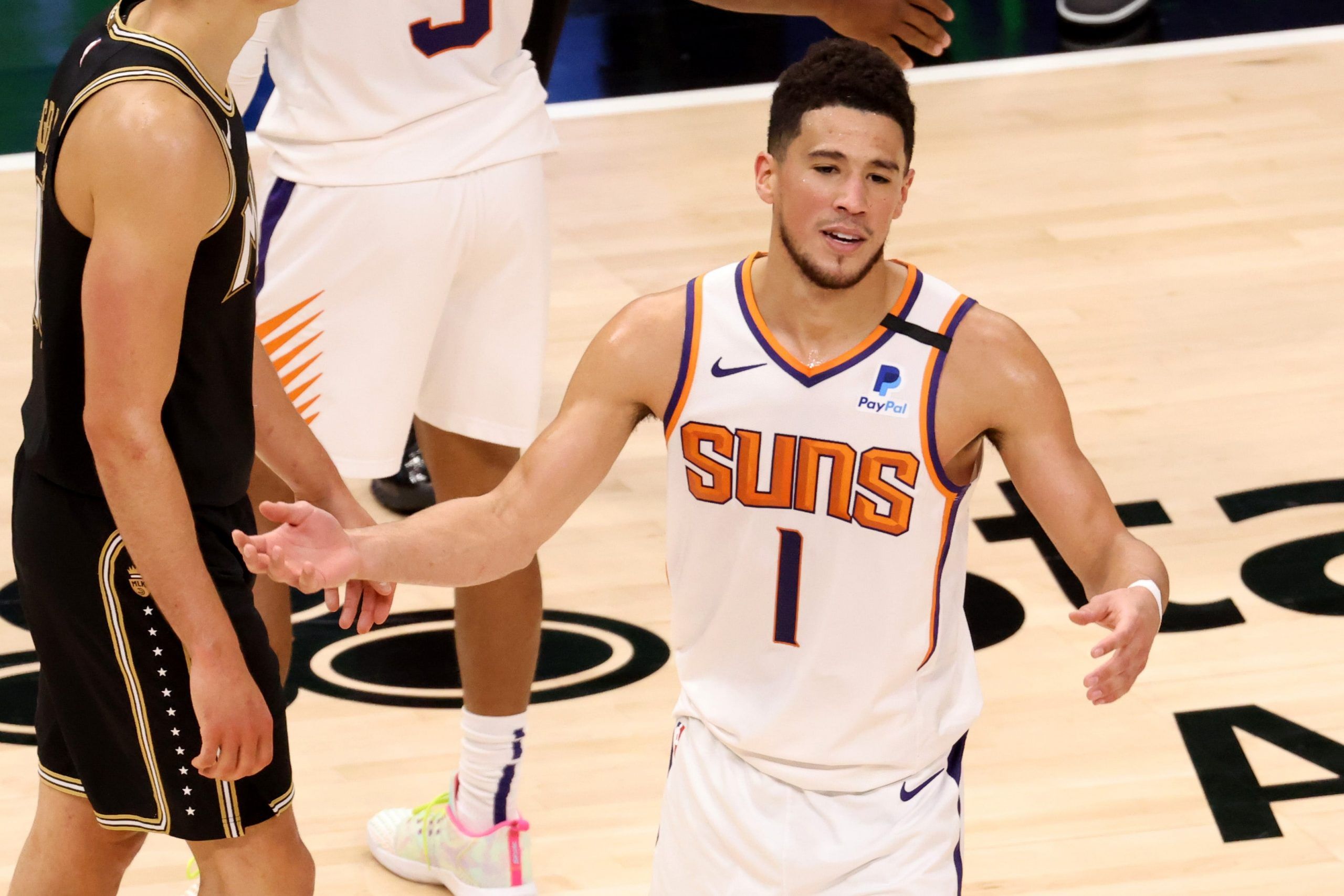 I'm an editor here at Pickswise who was raised in a household full of sports fanatics. Since I unfortunately never had LeBron James' jumping ability I wasn't able to make it to the NBA, and chose writing about sports as the next best thing. An avid sports bettor myself, I'm excited to get to write about the industry as it gets set to take off across the country. Buckle up.
Published: 23:24 PM ET June 19, 2021

The NBA has been an absolute rollercoaster lately, why not celebrate the start of the conference finals by going for a big payday on Sunday? That’s right, we’re back with another NBA mega parlay, this time a two-team postseason edition with a payout north of 13/1 where we’re counting on the Suns to keep rolling.

Keeping it simple with two plays. Let’s break down each of the legs one by one.

There’s a good chance the Suns win this game big. In their recent sweep of the Nuggets, three of their four wins came by at least 14 points. They had a couple of blowouts against the Lakers, and each of their four wins over Los Angeles came by at least eight. In other words, they haven’t been winning any squeakers. The Clips did an admirable job beating the Jazz without Kawhi Leonard, but they won’t be so lucky here. Unlike Rudy Gobert, Deandre Ayton has an offensive game, and he’ll make Los Angeles pay for going with their small-ball lineup.

Phoenix’s defense isn’t getting talked about enough, as they’ve given up more than 109 points only once in 10 playoff games. Not having Chris Paul will hurt, but CP3 was greatly limited by his shoulder for many of their games so far, and it hasn’t effected them too much. The Suns have way better perimeter defense than the Jazz, so this will be a rude awakening for the Clips.

Getting this much plus-money is too good to pass up. Everyone just assumes all Game 7s will be low scoring, when that simply isn’t the case. Game 7 between the Bucks and Nets just went over the total (even before OT) on Saturday. In the recent Game 7 between the Clippers and Mavericks there were 237 points scored, which was the second-highest total of the series.

The past three games of this Hawks/76ers series have been low scoring, but oddsmakers are falling victim to recency bias. Game 3 of this series had 238 points and Game 1 had a whopping 252, so getting to 231 certainly isn’t any sort of long-shot. There were at least 235 points scored in four of Philly’s five first-round games against Washington, so they clearly aren’t immune to playing in shootouts. The 76ers scored at least 126 points in two of their three regular season games against the Hawks.