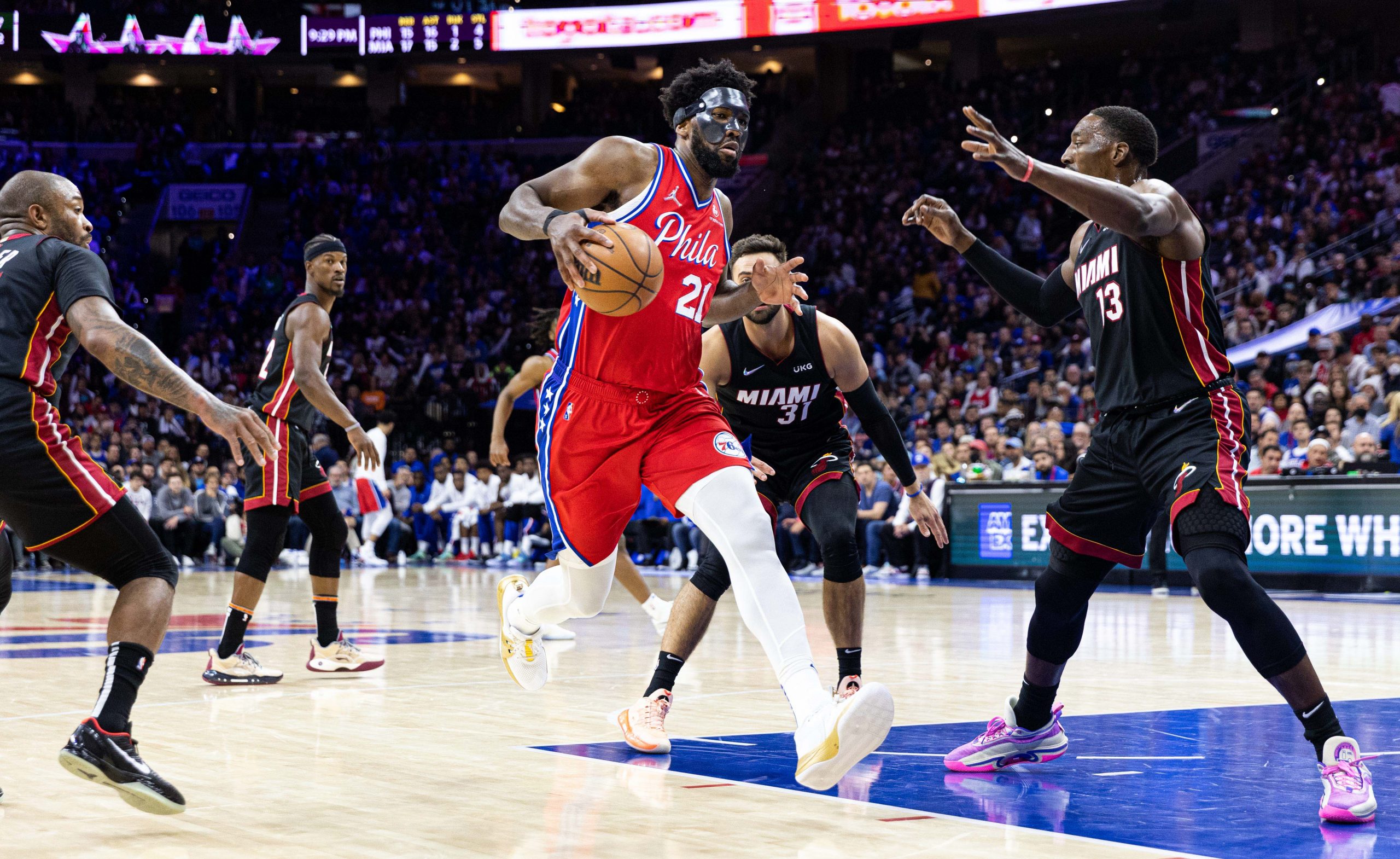 With 2 teams on the brink of elimination we should be treated to some fantastic NBA action on Thursday. Both the Dallas Mavericks and the Philadelphia 76ers find themselves 3-2 down to the Phoenix Suns and Miami Heat respectively. Luckily for both, they will have home-court advantage as they look to try to force the first Game 7s of the 2022 postseason.

You can find our full coverage of the NBA here. But for now take a look at my selections and breakdown for the mega parlay below.

This series has so far seen the home team picking up the win in all 5 games. Considering how well the 76ers looked on their home floor, I expect that to continue tonight. After missing the opening 2 games of the series Joel Embiid returned to help his team pick up 2 wins by a combined margin of 28 points. The Heat have struggled on the road in this postseason, with just 1 win from 4 games. Their scoring takes a major hit, dropping from 112 points per game at home to 101.8 on the road. A similar drop-off could leave the hosts in prime position to secure a comfortable double-digit win.

When it comes to the injury report, both teams have key players listed. Joel Embiid continues to deal with a face issue while Tyler Herro of the Heat is listed as day-to-day with an ankle problem. If both can play, I would expect Herro to be impacted more by his injury, deepening the Heats’ offensive woes. Kyle Lowry has also been confirmed out for the visitors. While he has struggled during this series, his absence could leave the Heat short of playmaking and perimeter defenders. The 76ers have a great chance to come away as comfortable winners tonight.

Be sure to check out our full game preview for Miami Heat vs Philadelphia 76ers.

The series between the Mavericks and the Suns is another that has so far seen the home teams coming out on top. The Mavericks have been able to defend their homecourt by playing much better defense in Dallas. Their defensive rating goes from 120.6 on the road this postseason to 104.6 at home. Had they recorded this rating during the regular season, it would have made them the 2nd-best defensive team at home. The Suns managed points totals of only 94 and 101 in Games 3 and 4 and could struggle to score against this defense tonight too.

On the other end of the court Luka Doncic looks set to put the Mavericks on his back. With this being an elimination game for his team, do not be surprised to see him push close to 45 minutes of playing time. He was able to do that in Game 1, when he went off for 45 points. Considering that his points per game and field-goal percentage both improve when playing at home this season, he could have a massive offensive night. With no Suns player capable of guarding him both in the post or on the perimeter, they may be forced to send help against him. That should create open looks for his teammates, which they have shown they can make. Look for them to cover as a result.

Be sure to check out our full game preview for Phoenix Suns vs Dallas Mavericks.