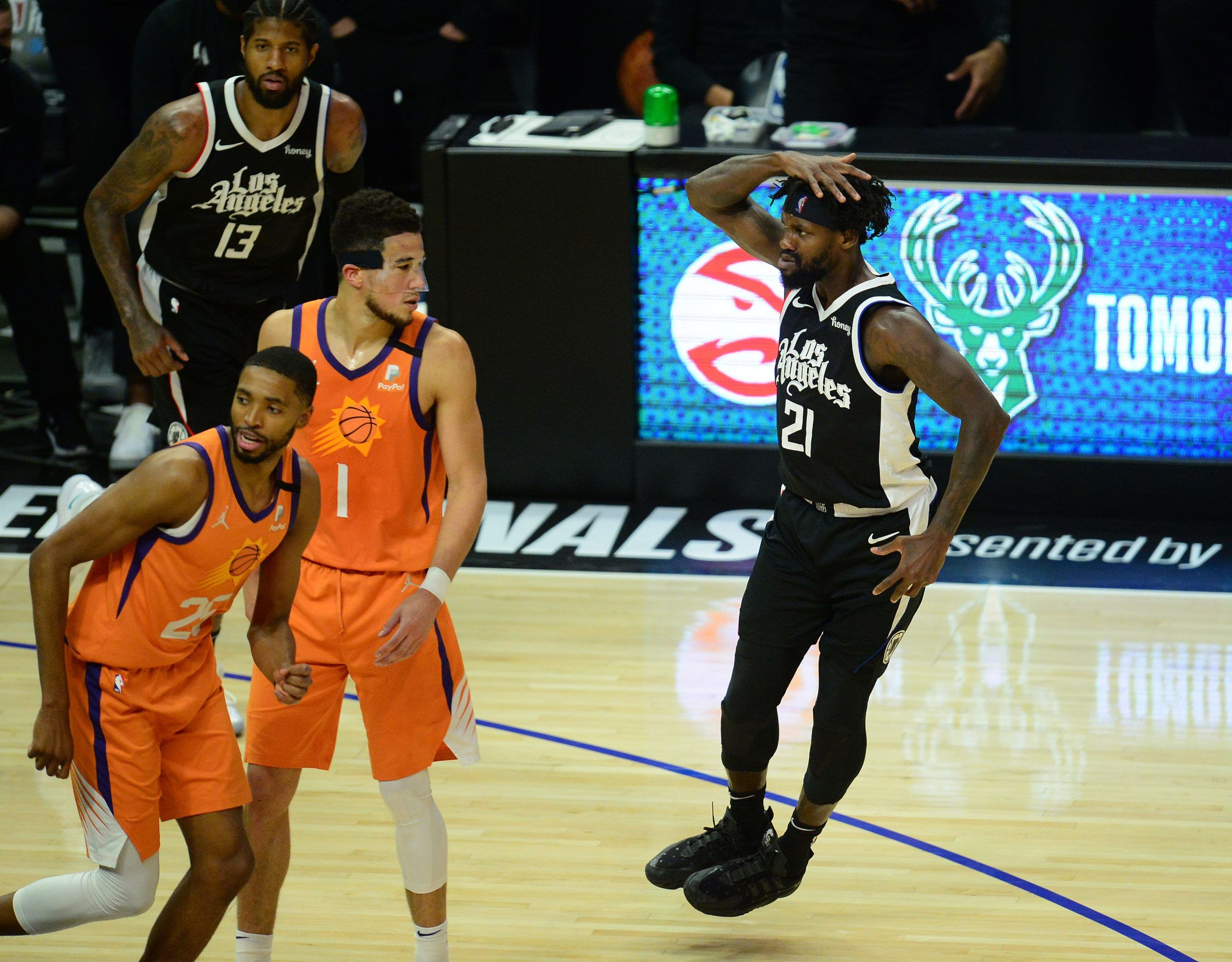 I'm an editor here at Pickswise who was raised in a household full of sports fanatics. Since I unfortunately never had LeBron James' jumping ability I wasn't able to make it to the NBA, and chose writing about sports as the next best thing. An avid sports bettor myself, I'm excited to get to write about the industry as it gets set to take off across the country. Buckle up.
Updated: 6:23 AM ET June 25, 2021

Apparently the Los Angeles Clippers are unbeatable when down 2-0 in a series. They fell behind 2-0 against both the Mavericks and Jazz, and won Game 3 each time. On Thursday night they kept the streak intact, defeating the Phoenix Suns in Game 3 of the Western Conference Finals.

It was an impressive effort, especially considering it was on the heels of Phoenix’s last-second miracle win in Game 2. I thought that game might completely demoralize the Clippers, but clearly it didn’t. While you have to give the Clips credit and the Suns deserve a lot of flak for coming out flat, nothing about this series has fundamentally changed. Phoenix remains in control. Let’s break down why.

To me the worst sign for the Clippers was the Game 2 box score. Forget Deandre Ayton’s last-second dunk. In a game in which Chris Paul wasn’t playing and Devin Booker shot 5-for-16, the Clippers should have won in a blowout. The fact that they still managed to lose despite that spoke volumes. On Thursday they only pulled out the win because Booker had an atrocious shooting night again, and Paul did as well in his return.

Paul was understandably rusty after missing time with COVID-19 (he shot 5-for-19 for the game). I’d be willing to wager a substantial amount that he’s quite a bit better in Game 4. He shot 62 percent from the floor in the Denver series, so it’s fair to expect a bounce-back on Saturday.

Booker is now 10-for-37 over the last two games. The Suns as a whole shot only 39 percent from the floor in Game 3, and it was still close until the final few minutes. There’s no reason to panic if you’re a Phoenix fan; positive shooting regression is on the way.

Hit that ❤️ button if you won with us!pic.twitter.com/kiwbj2HVr5

On the other hand, it looks like George’s choke at the end of Game 2 has carried over. As a volatile player who has been prone to bouts of self doubt in the playoffs before, it’s concerning. After missing two free-throws with eight seconds left to lose Game 2 for Los Angeles, I was very interested to see how he would come out here.

He was cold most of the night, finishing just 9-for-26 from the floor and 3-for-11 from beyond the arc. That includes a half-court shot that he banked in at the buzzer at the end of the third quarter. So on real attempts, he was 2-for-10 from deep.

The Clippers stole this one because of Phoenix’s terrible offensive night, but they likely won’t be so lucky again. With Kawhi Leonard seemingly no closer to returning, they need PG13 on his A-game. Anything less than stellar performances from George and I don’t see how they win another game. It looks like he’s still in his head, which is a very bad sign for the Clips moving forward.