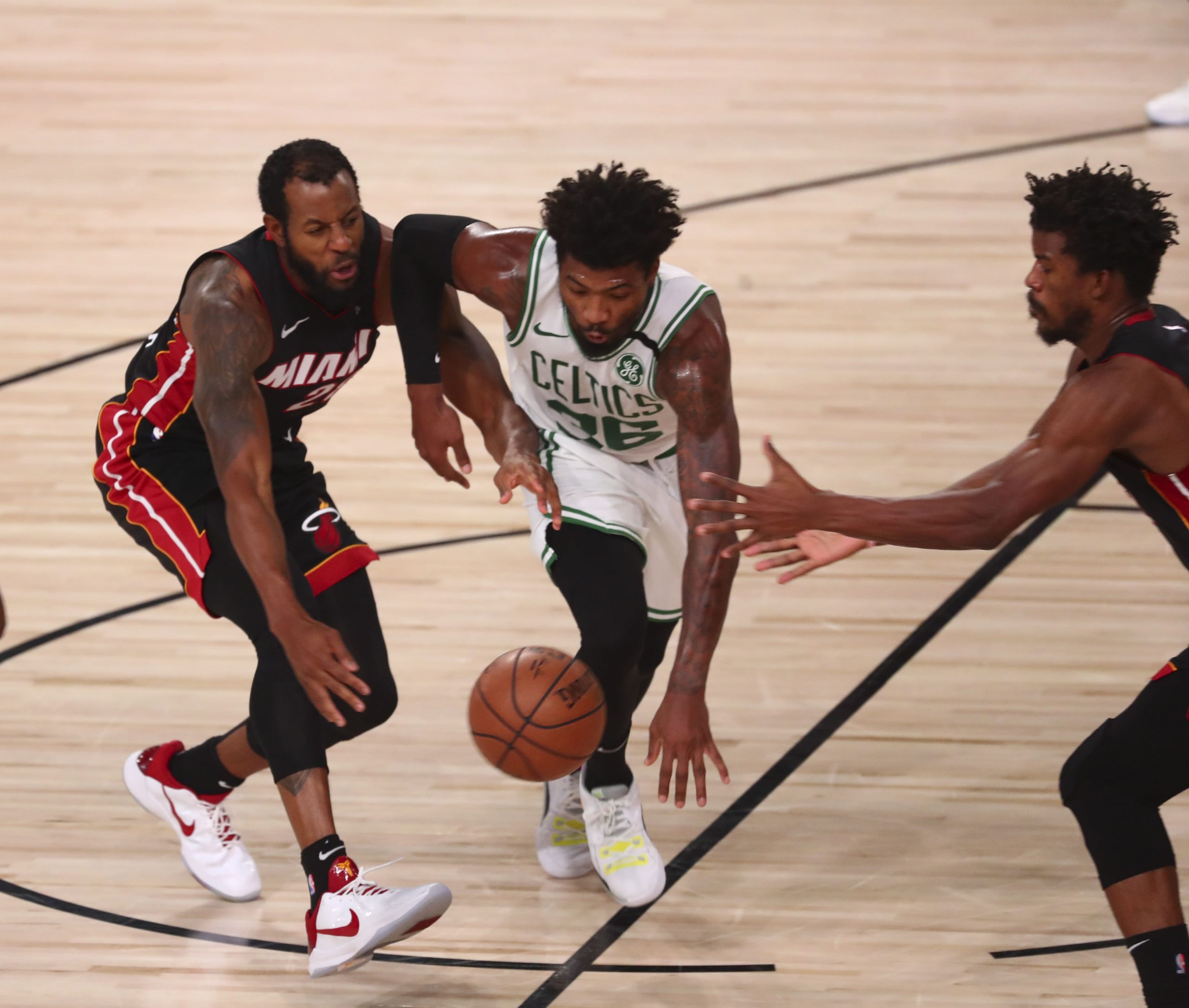 We’ve got a very exciting rematch of last season’s Eastern Conference Finals here as the Miami Heat host the Boston Celtics. That series got pretty heated, so we should see some fireworks here. Will the Celtics get revenge for their untimely exit in last season’s playoffs, or will the Heat get the best of them once again?

What better way to make this rivalry game even more entertaining than by betting a same game parlay? We’ve also got thoughts on the side and total, which you can find out in our full game preview. If you’re new to same game parlays and want to find out more, be sure to check out our handy guide, which details how they work and which sportsbooks currently offer them.

We’ve got a short two-leg one for you here. By combining the Celtics on an alternate spread with the under on their total points, we get a huge boost in the odds, when I don’t think they conflict all that much. Boston winning this game in a low-scoring affair is certainly a scenario I see playing out more than one in every 16 times, which is all we need mathematically for this play to have value. Let’s break it down:

Who doesn’t love a good revenge game? The Celtics have surely had this game circled on their calendars ever since the schedule got released, and they should come out on fire here. Miami has looked pretty mediocre this season as they’ve started at 3-3. They “bounced back” with a win over the Thunder in their most recent game, but obviously Oklahoma City is going to be one of the worst teams in the league this season. They looked horrible right before that though, only scoring 83 points in an ugly loss to the Mavericks in their previous game.

That wasn’t their only dud, they’ve also already lost by 47 to the Bucks in the early going. They clearly aren’t immune to lopsided results, and the Celtics are coming off a 12-point win over the Raptors. Boston is 5-3, with two of those three losses coming by three points or fewer. The other was to the Nets. I’ve been impressed with how they’ve handled Kemba Walker’s absence, and Jaylen Brown and Jayson Tatum are each averaging at least 26 points per game. There’s a good chance Boston wins this one going away.

Needless to say, we get a huge odds boost by throwing in this under with the alternate spread. But this game has a fairly low total already, and features two teams that pride themselves on their physical defense. Not having Walker actually makes the Celtics a lot tougher defensively as they don’t have to worry about hiding him, and we’ve already seen this Miami team struggle mightily on offense a couple of times, like in the aforementioned 83-point effort.

As such, I don’t think Boston has to score all that much to win this game comfortably. Obviously, there’s no love lost between these two franchises, and in a playoff rematch I’m expecting a lot of defensive effort and intensity from both sides. This is going to be a hard-fought game, and points should be at a premium. I think if the Celtics are going to win this game easily it’s because they shut down Miami’s offense, not because they shot them out of the building. Because of that, I think getting nearly 16/1 odds presents a lot of value for an outcome that isn’t all that unlikely.