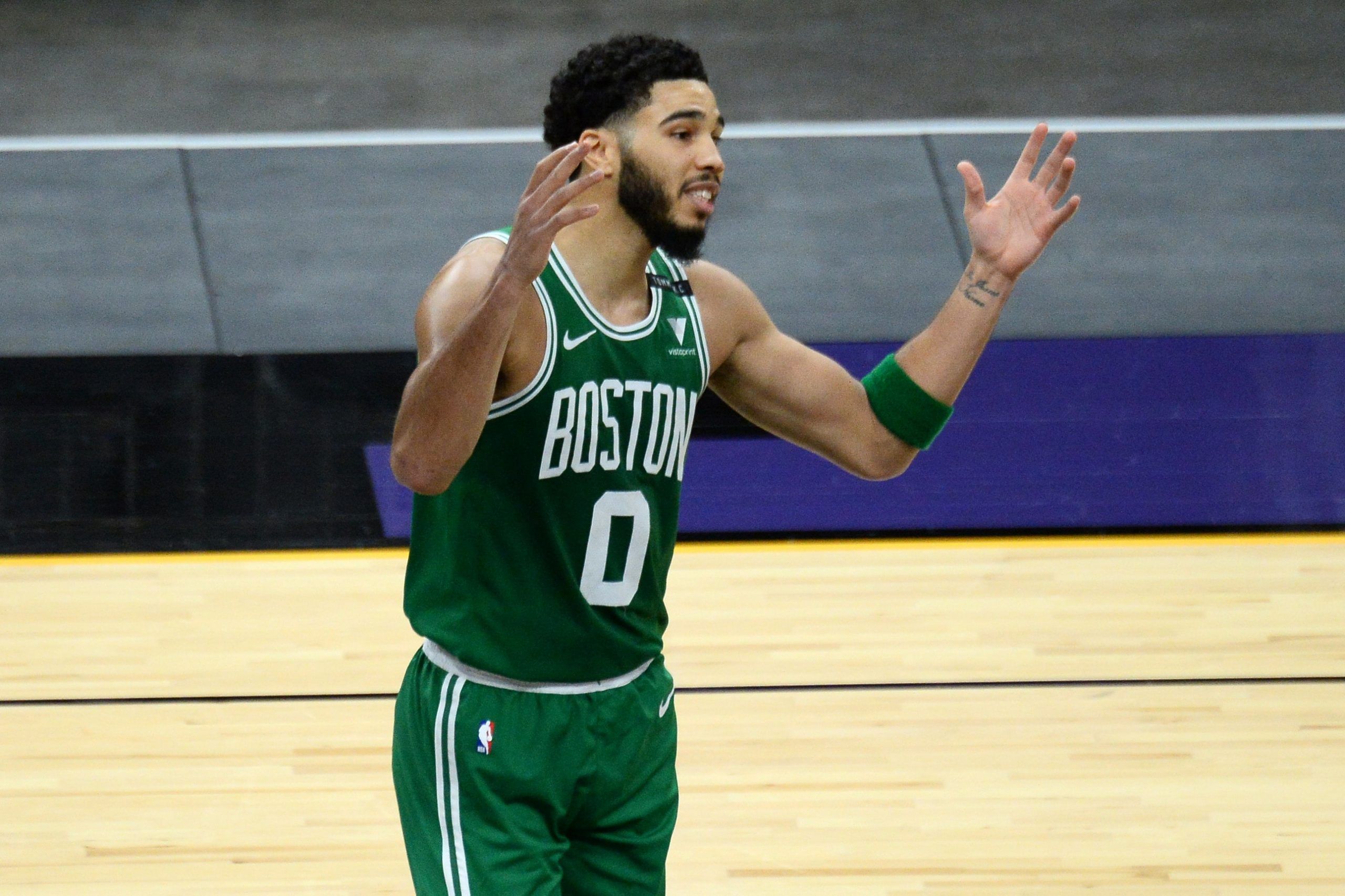 Since graduating from Davidson (The College That Stephen Curry Built), I have been writing about sports--just about any and all you can think of!--and coaching tennis in Atlanta, Ga. Beyond the four major sports, I am an avid tennis fan and cover the ATP Tour on a daily basis. If I'm not busy writing, you can generally find me on a tennis court or traveling the world wherever a sporting event takes me.
@Dimonator133
Updated: 11:29 AM ET October 20, 2021

The second night of 2021-22 NBA action includes a doubleheader on ESPN that beings with this showdown between the Boston Celtics and New York Knicks at Madison Square Garden. Let’s take a look at the best same game parlay option for Celtics vs Knicks, and also be sure to check out our full game preview for picks on the side and total.

Part of the value in same game parlays, of course, is that all of its components can be correlated if you so choose. That is some of the plan here, as Jayson Tatum pouring in a bunch of points would obviously work well with a Boston win. At the same time, plays that aren’t correlated drive up the overall payout of the parlay. That is the case with betting on New York newcomer Kemba Walker to rain threes. But even if Walker does dial long distance a few times, there is no reason why the Celtics can’t take care of business. Let’s break down each of the three legs one by one.

Even though the Knicks are coming off a more successful season (relative to each team’s respective expectations, at least) and have home-court advantage, their roster remains far less inspiring than that of the Celtics. For New York, Julius Randle emerged as the top offensive option last year. Randle led his team with 24.1 points, 10.2 rebounds, and 6.0 assists per game. Still, the Knicks struggle mightily to put the ball in the basket at times, ranking only 22nd in offensive efficiency. New additions Walker and Evan Fournier are likely to help the offense, but neither is particularly skilled defensively—which could mean regression in store for head coach Tom Thibodeau’s fourth-ranked defense from 2020-21.

Despite finishing the regular season at only .500, Boston ranked 10th in the NBA in offensive efficiency and 13th in defensive efficiency. Adding Dennis Schroder to the mix this offseason is likely to make this group even better on the defensive end of the floor. On offense, Tatum and Jaylen Brown are legitimate stars—young stars that are capable of continued growth. Brown is listed as active after recovering from Covid-19.

Brown is reportedly good to go tonight, but it remains to be seen if he is 100 percent. Tatum should go over this number regardless, but if Brown isn’t his normal self it would be a borderline lock. Al Horford has already been ruled out, which means most of Boston’s scoring will have to come from the backcourt (which it normally does anyway). Tatum averaged 26.4 points per game last season, including 28.3 on at least three days of rest. Well, this is the season opener; obviously, he is well-rested.

We all know how much Walker likes to play in Madison Square Garden, as seen from his collegiate playing days with UConn. Now it’s his home, and he will want to treat the New York faithful to a strong performance in his debut. In each of the last three seasons, Walker has made at least 3.0 threes per game while attempting at least 8.2 per contest. You have to think there is a good chance he matches or even exceeds those numbers in the 2021-22 opener. Boston was in the bottom half of the league in three-pointers allowed per game last season and 22nd in opponents’ three-point percentage.