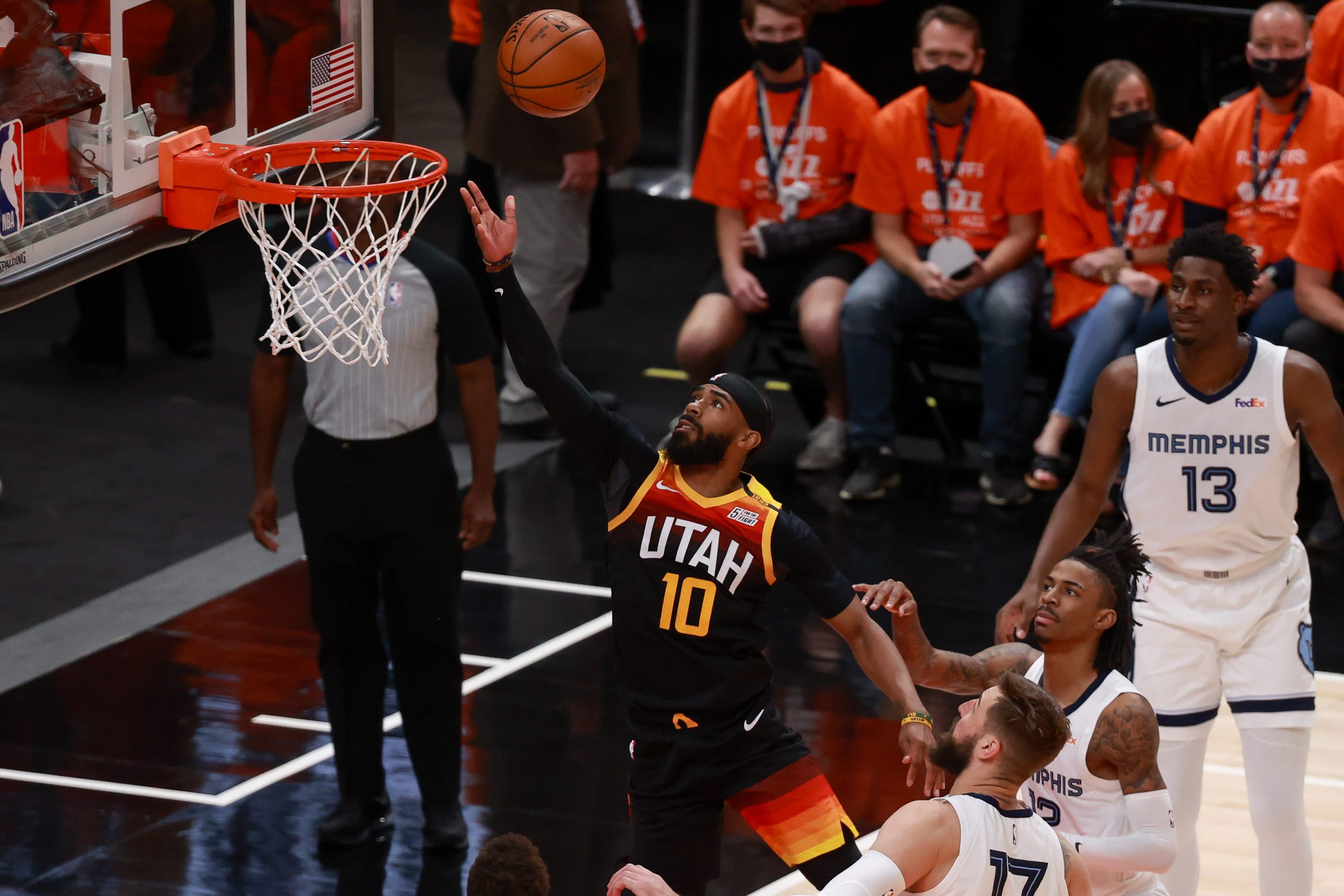 Game three of this series tips off tonight and the Jazz will be keen to avenge their loss in the first game. We have seen some electric play from Ja Morant in the first two games and tonight looks set to deliver more of the same. He is a fearless player on the floor and I cannot wait to see if he tries to put Rudy Gobert on a poster once more. You can find our full game preview here, but in the mean time take a look at the parlay we have put together for tonight’s action.

Now let’s go through why we like each part of the bet:

The Utah Jazz will have their first opportunity to regain home-court advantage tonight and will be confident that they can do just that with Donovan Mitchell firmly back in the fold. He had a strong comeback game from injury in Game 2 as he totalled 25 points in just 26 minutes of action. He is the best weapon the Jazz possess off the dribble, which then allows them to make the most of the fantastic shooting on their roster. They made more three-pointers per game than any other team in the league and it’s something the Grizzlies could struggle to contain. In Game 2 they had no answer for this as the Jazz dropped 141 points with 19 made-threes on near 49 percent shooting from deep. If they can keep that sort of barrage going, the Grizzlies should struggle to keep pace.

Mitchell fully unlocks the offensive potential of this Jazz team. They had the fourth-highest offensive rating this season and their performance in Game 2 showed they are ready to reach those levels again. With the quality of shooting at their disposal, 120 points could be a given for them. The Memphis Grizzlies should help the Jazz along too as they played at the eighth-fastest pace in the league this year. With Morant having so much success scoring and thriving mostly in transition, do not expect them to slow down tonight. Gobert has been great at protecting the rim in this series as demonstrated by his highlight block on Morant in the last outing. The Grizzlies should make a point of beating him down the floor tonight. Game 2 produced 270 points and there should not be that much of a drop-off here. Back the over with confidence.

Mitchell had a good return in his first outing and was certainly far from gun-shy. He attempted ten shots from deep, connecting on five. More importantly he looked fluid and did not seem to be bothered by the ankle which could mean he plays more than the 26 minutes he managed in the first game. Considering he attempted 19 shots, an increase in playing time could see him surpass that. He has established himself as someone that comes up big in the playoffs, as seen in the bubble last year, so a road game to win back home-court advantage seems like the perfect scenario for him to step up and lead this Jazz squad. With the lob threat that Gobert provides, Jonas Valanciunas cannot afford to step up and meet him in inside the arc early, which should leave him free to do damage all over the floor. Back him to clear his points over.

In two games in the series so far Joe Ingles has hit points totals of 11 and 14 respectively. In the teams’ three regular-season games, he failed to reach double-digit points just once. Considering Mitchell is back in the line-up, Ingles now has someone who can take on some of the playmaking mantle from him when the two share the floor. That allows him to act as a floor spacer, something he has been incredibly efficient at doing this season. He is knocking down 45 percent of his threes this season and has made at least three shots from deep in each of the first two games. With him being one of the more reliable free-throw shooters on the team, he should be well positioned to clear his total.