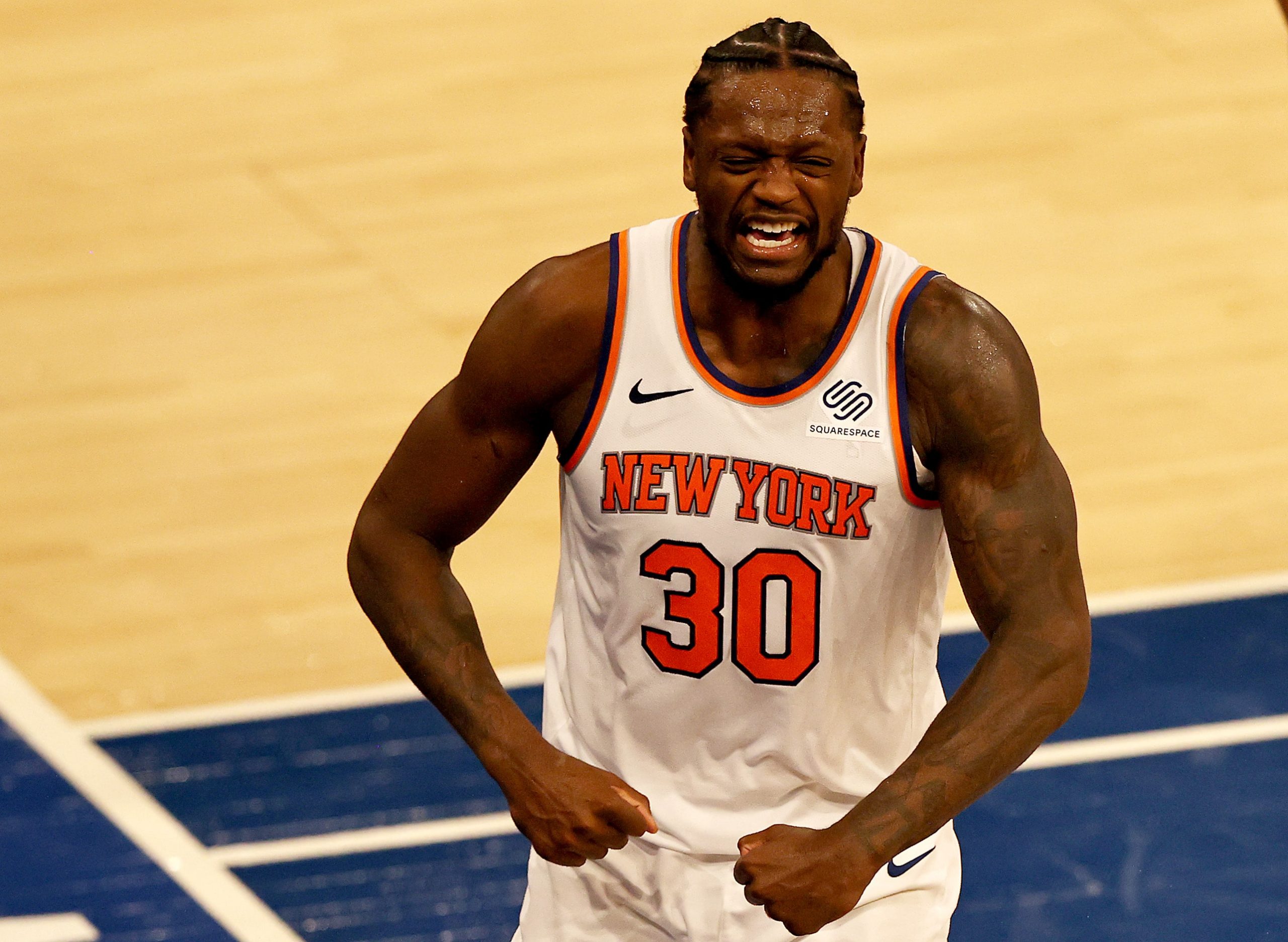 The New York Knicks and the Boston Celtics have had terrific meetings already this season, and tonight should be no different. In their last matchup, the Knicks were able to overcome a massive 24-point deficit and won it with a spectacular RJ Barrett buzzer beater. That is after the first meeting between the sides could only be resolved in double overtime. I personally cannot wait to see what the teams have in store for us tonight.

You can find our full game previews here, but for now let’s check out my Same Game Parlay for tonight’s meeting.

While Julius Randle was only able to record 8 rebounds when these sides met on Thursday, he has been strong on a strong rebounding run. Prior to that game he was able to pull down at least 10 boards in 5 of the 6 previous games. With the Total for tonight’s game set at just 208.5 points, there should be plenty of misses and rebounding opportunities on both sides of the ball. After all, these sides rank 23rd and 25th in the league in field goal percentage respectively.

The Celtics currently rank 20th in the league in opponent rebounds per game and have given up big rebounding performances to opposing big men recently. Jakob Poeltl, Ivica Zubac, Nathan Knight, and Marcus Morris Sr. have all managed double-digit rebounds against them and Randle could be poised to join that list. Considering that neither of the Celtics big men have a massive size advantage over him, there should be nothing holding him back tonight.

Robert Williams III has managed to score just 6 points in each of his last 2 games, but he seems set for a bounce back performance. This season he has not had a stretch of 3 or more games without reaching double-digit points. He has had success scoring against the Knicks too, managing 16 points in their first meeting this season and 15 in the second.

The Knicks are just 18th in the league in opponent offensive rebounding rate which should allow Williams to get second chance opportunities here. He could see big minutes against Mitchell Robinson, who is far from a dominant rebounder and a keen shot blocker. It should leave Williams well positioned to generate his own scoring opportunities on the offensive glass when his man goes chasing blocks as the help defender rather than boxing out.

Over the last 5 games Marcus Smart has been scoring, managing 14 or more points in each of those games. He has had success against the Knicks in two games this season, scoring 14 and 15 points respectively and making 9 of his 21 total 3-point attempts. Smart also had one poor performance against them with just 4 points, but that was on the second night of a back-to-back for the team. The guard has made at least 40% of his 3-point attempts every game this month, and if he stays as aggressive shooting the deep ball as he has done against the Knicks so far this year, 12 points should not be too difficult for him to reach here.

The focus for the Knicks defensively will be to slow down Jayson Tatum and Jaylen Brown, with Tatum in particular averaging 27 points per game against them this season. It should allow Smart to benefit from open looks as the Celtics stars draw double teams. The Knicks are 23rd in opponent 3-pointers made per game and Smart should be the one doing some damage tonight.