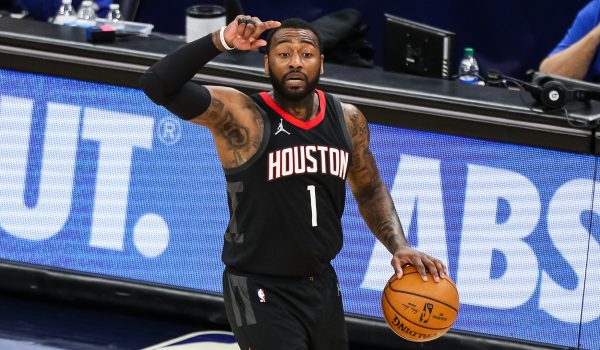 The weekend is here, why not celebrate by going for a big payday? That’s right, we’re back with another NBA mega parlay, this time a three-teamer with a payout north of 15/1 where we’re counting on the Rockets to pull off a money line upset in the slate’s nightcap. We’ve been rolling recently, with a couple of big parlay wins this week, so why not follow it up with even more winners on Saturday?

I don’t think the Cavaliers should be underdogs here. Cleveland enters this one with some momentum off back to back wins over the Spurs and Thunder. They didn’t just win those games they dominated them, winning each by at least 24 points. Cleveland slumped for a while but they’ve been pretty competitive most of the season, and they’ve been much better at home all year. The Raptors on the other hand are much worse on the road, with a 9-18 record away from home. I don’t see how anyone could lay points with them in this spot, considering that they’re 3-15 in their last 18 games. Seemingly nobody wants to accept that Toronto might just actually be that bad this year, but they are.

After our first underdog, why not mix things up with a large favorite. For this game, I don’t think there’s any spread that’s too large. The Jazz have been arguably the best team in the league this season, and they have an average point differential of +9.6. That’s by far the best mark in the league, and the next best is 6.6. As you can see they win a lot of games in blowout fashion, so I’m not really too concerned about the number here. In fact, 30 of their 39 wins this season have come by double digits. The Kings on the other hand have lost five games in a row, with four of those defeats coming by double digits.

It won’t feel great betting it, but I think there’s some value on the Rockets here. After snapping their long losing streak they’ve been playing a lot better, and have faced a really tough schedule lately. They’re also starting to get healthier, with John Wall now back from his latest knee issue. They just beat the Mavericks on Wednesday night, and Wall had 31 points in his first game back in the lineup. Simply put though, the Warriors shouldn’t be this large of a favorite against anybody right now. They were just 2-7 in their last nine games entering Friday, and one of those two wins was by just a single point against a Bucks team missing Giannis Antetokounmpo. Getting better than 3/1 is too good to pass up.