NBA still hoping to save the 2019-20 season this summer 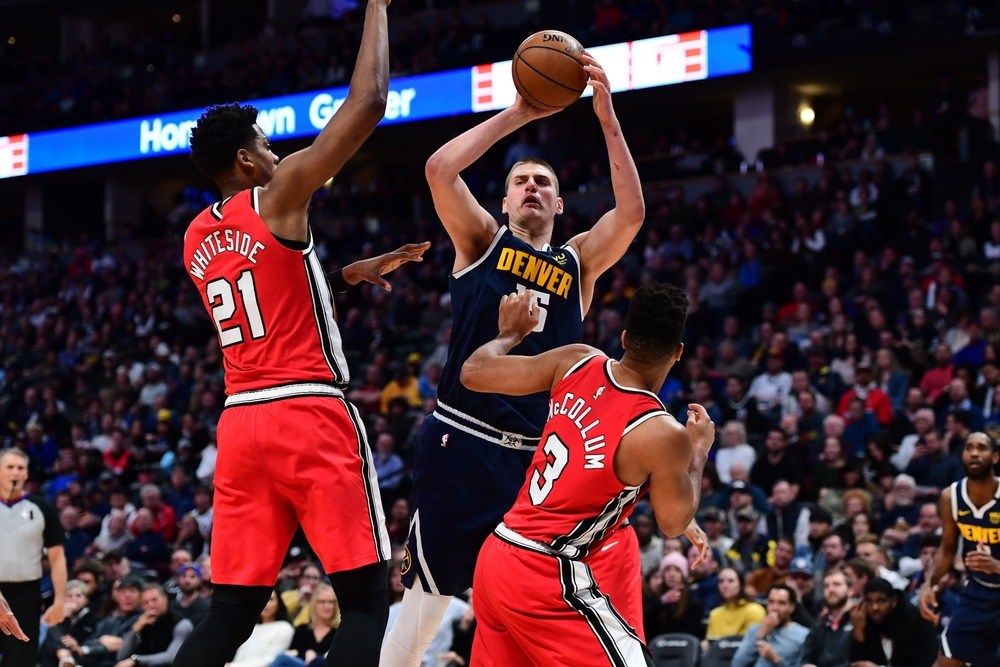 Since graduating from Davidson (The College That Stephen Curry Built), I have been writing about sports--just about any and all you can think of!--and coaching tennis in Atlanta, Ga. Beyond the four major sports, I am an avid tennis fan and cover the ATP Tour on a daily basis. If I'm not busy writing, you can generally find me on a tennis court or traveling the world wherever a sporting event takes me.
@Dimonator133
Published: 23:35 PM ET March 16, 2020

Everything changed in American sports—and really in life as we once knew it in the United States—when Utah Jazz center Rudy Gobert tested positive for the coronavirus last Wednesday, March 11. In one night the NBA went from confirming that a few games would be played without fans to shutting down the 2019-20 season indefinitely.

In the days following, just about every other sport that you can think of followed the NBA’s lead and shut down operations either temporarily, permanently, or indefinitely.

Although the resumption of sports—any sport—appears to be a long way off, the only way to stay sane is to think optimistically and imagine a time when games could begin.

When it comes to the NBA, commissioner Adam Silver initially said that the league would be suspended for at least 30 days following its shutdown. Less than a week later, however, the Centers for Disease Control and Prevention (CDC) recommended that all events in the United States with at least 50 people should be postponed for at least eight weeks. Eight weeks from the CDC’s announcement takes us to mid-May. Of course, it takes a lot more than 50 people to play, coach, and otherwise produce a professional basketball game. According to Silver, team owners, and other NBA higher-ups, a mid-June return to the court would be the best-case scenario.

The league’s original schedule had the regular season ending on April 15 and the playoffs beginning on April 18. That means even in a best-case scenario the NBA would be two months behind schedule—and that’s even if it does not bother with the remainder of the regular season and goes straight to the playoffs! A month of the regular season remains (all teams had played between 63 and 67 games of their 82-game slates), which would push the best-case scenario for the start of playoffs back to at least early July—and that’s even if a new regular-season schedule was expedited! In other words, the playoffs would go well into August if not September and possibly compete with the Olympics (um, yeah, about that….) and the NFL for viewership.

“Even if we’re out for a month, if we’re out for six weeks, we can still restart the season,” Silver said when he explained the NBA’s suspension—but not cancellation. “It might mean the finals take place in July or late July. Just my feeling was it was way premature to suggest we had lost the season.”

A July conclusion would without question mean no more regular season. And there really is no reason to finish out such festivities. Every team has played 63 games or more. If that is not a large enough sample size to accurately portray the quality of a team’s season, I don’t know what is. Keep in mind that teams played only 50 games after the 1998-99 lockout, and as recently as 2011-12 they played just 66 games. Moreover, there are not more than eight decent teams in each conference. In the East, the Orlando Magic currently hold a playoff spot at 30-35. The Memphis Grizzlies, who are the West’s eighth and final seed, are also under .500 (32-33). In other words: if you aren’t currently in the playoffs, you stink. You stink now and you would still stink even if you played 15 more regular-season games.

So in a perfect world (or “perfect” in what is the world as we now know it), the NBA would return in mid-June and go right into the playoffs, which would end in early August.

That would be ideal. But for a league that is leading the fight against coronavirus and already has three of its own players infected, “ideal” may not happen. Only time will tell how the virus runs its course and if it gives sports time to resume in 2020.