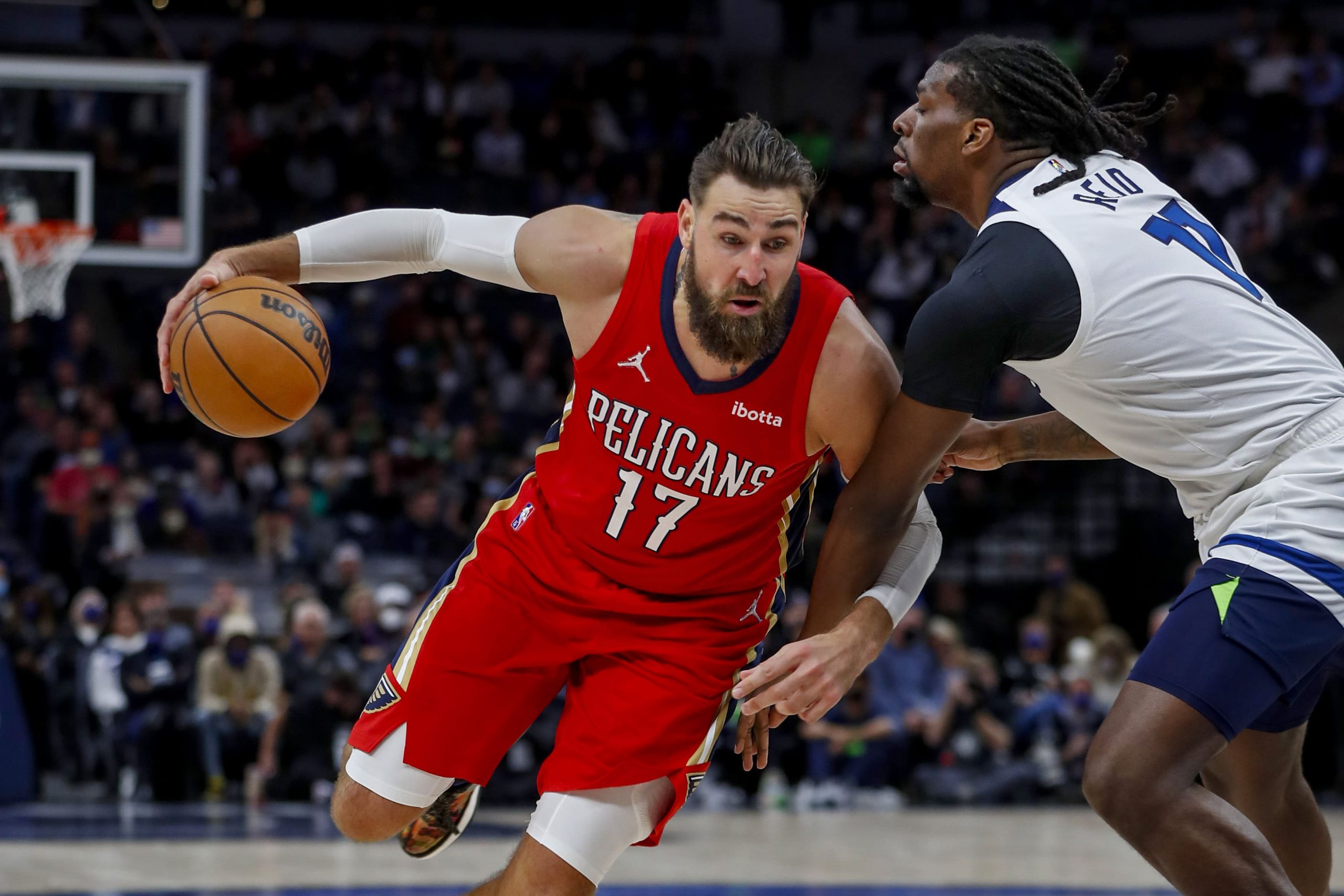 The NBA is approaching the home stretch, and we have another full slate on Sunday. There is a big card with 9 games on the docket, including a couple of highly anticipated showdowns. What better way to celebrate the weekend than with some first-basket bets? Let’s dive into them, using odds from FanDuel Sportsbook.

Starting things off with a chalky play. I’m banking on Valanciunas to win the opening tipoff, and then to score the opening bucket as well. One of the most important factors when handicapping first basket bets is to determine who will get the first possession. And Hawks center Clint Capela is winning less than 42 percent of his jump balls this season. Valanciunas is the favorite here, and it’s for good reason. Just look at New Orleans’ most recent game. The Pelicans destroyed the Spurs, and Valanciunas made each of the team’s first four baskets.

That wasn’t an aberration, as Valanciunas’ early game volume has been off the charts. In their previous game he took two of their first 4 shots, and in the one before that he made each of the team’s first two baskets and took three of the first 4 attempts. He also led the Pels in scoring with 32 in that one. They’ll keep feeding him early here.

Looking toward one of the slate’s nightcaps, I have my eyes on a more long-shot play here. I often like fading the Kings on these first basket bets, because Sacramento is currently having Damontas Sabonis do their opening tips. And he’s very bad at jump balls. In fact, Sabonis has only won 22.9 percent of his tips this season. On the other hand, Suns big man Deandre Ayton is one of the league’s best centers when it comes to jumps, winning 66.7 percent. From there, I think Payne has the most value at 11/1.

Chris Paul is out of the lineup and Payne has been scoring a good amount in his absence, but he still isn’t getting much respect from oddsmakers. In the month of March he’s averaging 14.2 points per game and 12.9 shots from the floor, yet he’s still being priced like an extreme long-shot. It doesn’t hurt that in Payne’s one previous game against the Kings this season he was on fire, scoring 24 points in only 22 minutes.

If you want to go really big, a Valanciunas-Payne parlay pays out at +6200!