Sunday’s in March do not have afternoon football, but they do have NBA action all throughout the day. Today, the slate of action begins at 2:00 p.m. with the Memphis Grizzlies taking on the Oklahoma City Thunder. At 4:00 p.m. on the schedule is a star-studded affair between the sizzling Utah Jazz and the Golden State Warriors. During the latter portion of the day, fans will be treated to Jimmy Butler’s Miami Heat, Jayson Tatum’s Boston Celtics, and will get to wrap up their evening watching the Los Angeles Clippers take on Zion Williamson and the New Orleans Pelicans.

Today, we have a four-team parlay that will give bettors something to root for all-day-long, but do not forget to check out our picks for the side and total on every NBA game as well.

The Memphis Grizzlies have been mostly boom or bust over the last month of the season. In their last 19 games, they are 8-11 with each of their eight wins coming by nine or more points, but nine of their 11 losses during this stretch have also come by nine or more points. For their afternoon matchup today against the Oklahoma City Thunder, we like Jonas Valanciunas to bully a feeble Thunder frontcourt and for Ja Morant to have his way with the opposing backcourt whose legs will unquestionably be feeling the second-half of a back-to-back after losing yesterday to the physical New York Knicks. Shai Gilgeous-Alexander is questionable for today’s game after missing yesterday’s contest due to a quadriceps contusion. Oklahoma City has a reputation for playing hard, but they simply do not have enough talent to keep up with Memphis is this one. 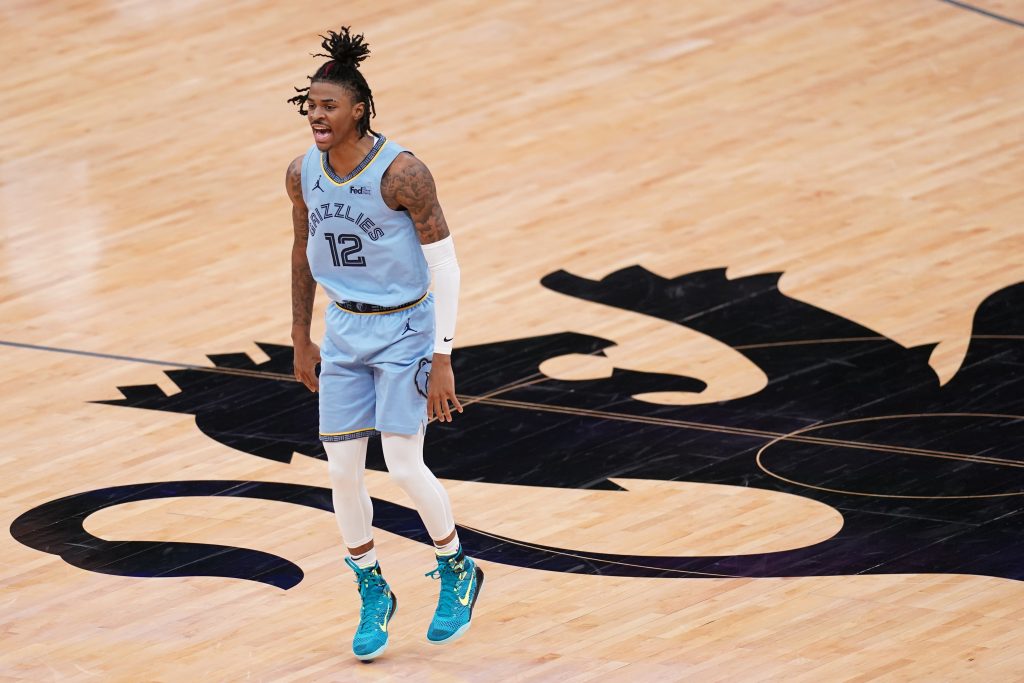 The Utah Jazz have unquestionably been the best team in the NBA so far this season. They rank top-five in the league in both offensive and defensive efficiency. Utah has a deep and talented roster, shoot the ball lights-out from beyond the arc, and they play high-IQ basketball for 48 minutes which is arguably their biggest strength. Their effective field-goal percentage ranks near the top of the league. Donovan Mitchell and Mike Conley are the least talked about star-backcourt in basketball, but they are lethal when they are on the floor together. Unless there is an unforeseen injury, the Jazz are likely to have both the Sixth Man of the Year, Jordan Clarkson, and the Defensive Player of the Year, Rudy Gobert on their team. Golden State still has Stephen Curry and Draymond Green, but this is not the death lineup from years prior. Most of their wins have come against teams with a losing record while they have struggled mightily against teams above .500. Utah is a smart play here.

In a huge blow to the Philadelphia 76ers, Joel Embiid will miss multiple weeks of action after an MRI revealed a bone bruise to his left knee. Although the 76ers currently own the best record in the Eastern Conference, that is likely to change in a hurry as this team has looked like a borderline playoff team without Embiid in the lineup this year. Notably, they were blown out by the Cleveland Cavaliers earlier this year in in this situation. Everyone wants to write-off the San Antonio Spurs because they do not have a true superstar and quite honestly–are not that fun to watch. However, Gregg Popovich once again has this team solidly in the mix for a Western Conference playoff position after winning eight of their last 13 games. Most recently, the Spurs handled the Orlando Magic 104-77, and, sorry Philly fans, but the 76ers are not extraordinarily better than the Magic if they do not have Embiid in the lineup. The Spurs are a value play here, but one that has a real chance to pull an upset today.

The total in this game opened at 236.5 but has been bet down significantly by a wealth of public money. However, this game has 240s written all over it. The New Orleans Pelicans brought in Stan Van Gundy to improve their defense, but have regressed significantly across the board in nearly all major defensive metrics. Van Gundy lambasted his team earlier this week after an embarrassing 30 point loss to the Minnesota Timberwolves–a game in which they surrendered 135 points to the worst team in the Western Conference standings. If the Clippers emphasize their prowess from beyond the arc against a team that, by their own admission, is okay with leaving guys open from deep–this game could become high-scoring and fast. Both of these teams rank in the top-eight in the NBA in offensive efficiency and have a proclivity for going through the motions on the defensive end of the floor. It is never a bad strategy to bet against the public. It is an even better strategy when the data for this game supports going against the public.