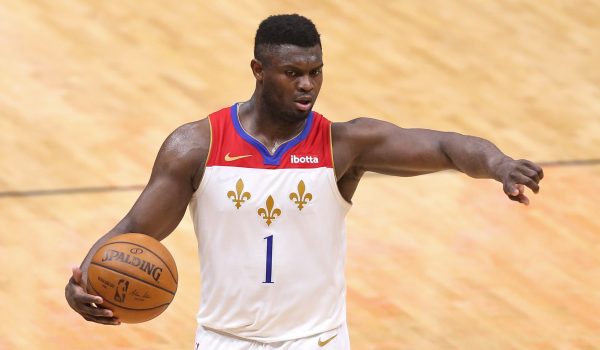 What a perfect way to finish off the NBA week, two early ESPN games plus an NBA TV double-header later on in the evening.

It’s an eight-game slate this Sunday, we are focusing on the New Orleans Pelicans vs New York Knicks match-up for our same-game parlay. Yesterday’s +1533 and +944 same-game parlays landed on the Lakers vs Jazz and Celtics vs Warriors games!

Don’t forget, we also have picks on the side and total for the rest of today’s action, so be sure to check those out.

Sure the Knicks just beat the Pelicans this past week, but I think New Orleans gets their revenge here. It was a close game, and right before that the Pels had rattled off three straight wins, including one over the 76ers. The Knicks have won five straight games, but they’ve mostly been by narrow margins against mediocre teams. Right before this five game winning streak, they had lost five of six. Zion Williamson and Brandon Ingram have both been fantastic, with one of them scoring at least 34 points in four of New Orleans’ last five games. Having just played them, the Pels will be more prepared for New York’s tough defense and know how to navigate it.

The Knicks are far better at defending the perimeter as opposed to the inside and that’s where Zion thrives. In the month of April he is averaging 28.7 points per game while shooting an impressive 57.2 percent from the field. He also goes to the line quite a lot as teams try to stop him by fouling him, he averages 9.3 free-throws per game and is making 64 percent of them. We’ve seen some historic performances by big name players over the year at Madison Square Garden, Zion has all the necessary skill to have a big game here and lead the Pelicans to an upset win.

Randle is the big reason why the Knicks have been so successful this season. Triple-doubles don’t come easy these days, but Randle has had two of them in his last seven games. In those seven games played he is averaging 27.4 points, 10 rebounds and 7.1 assists, against the Knicks earlier this week he was just 2 rebounds and 5 assists shy. He is currently tied with LeBron James for seventh place with five triple-doubles for the season. Since we expect a faster tempo and higher scoring game here, Randle will once again have to do it all for the Knicks, he’s in solid form and coming off a 44 point, 10 rebounds and 7 assist performance against the Dallas Mavericks.