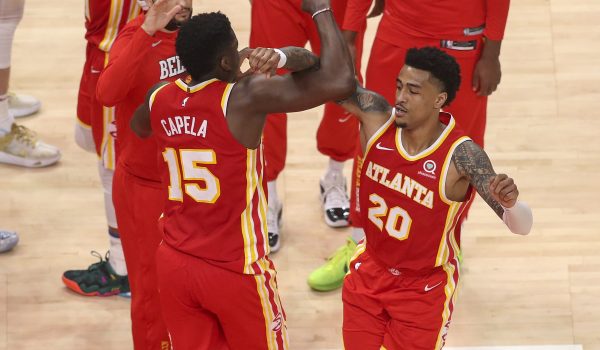 Game four of the series tips off today with the Atlanta Hawks getting the opportunity to get themselves a 3-1 lead heading into game five in New York. They have done a fantastic job so far slowing down some of the better offensive pieces of the Knicks and it will be interesting to see if they can keep this going here.

We have put together a same game parlay for todays action which you can check out below.

Atlanta was very balanced in getting the Game 3 win. Trae Young led the team in scoring but he had just 21 points. Eight other Hawks scored at least nine points so it is not surprising that he also racked up 14 assists. The Hawks shredded the Knicks from deep, making 59% of their threes. That and some strong defense made for a very comfortable win. They have to like their chances for the rest of the series at this point.

The Hawks won and covered in Game 3 and the line for Game 4 has held at -4.5. Usually, we get a little bit of movement in favour of whichever team won the last game but that hasn’t happened. Through three games the winning team has covered three times. I am now worried about New York because of the hard time that Randle has had. It looked like he was breaking out of it in Game 2 but then the last game was even worse, so I think it is part schematic and part mental. With the Hawks only needing to win by a couple of possessions, that is the way I am leaning here. It just doesn’t look like New York is making the right adjustments.

After back-to-back unders the total has been dropped again for Game 4. The Hawks shot the ball really well in the last game, 52% from the field, but still only scored 105 points as the pace of the game was more to New York’s liking, even in the loss. I am not expecting that to change in Game 4 so the question is whether this total is too low? I don’t think so, not with the way the Knicks are struggling to score. Even if Randle finds the range they look unlikely to ramp up to 120 points. Atlanta has been winning so they are not likely to force the action either.

Derrick Rose has been able to up his point output in each of the three games so far resulting in a 30-point effort in game three. Whilst his minutes have remained steady, Tom Thibodeau has given him a larger role within the offense having moved him to the starting line up. He is now managed 21 field goal attempts in each of the last two games and considering the matchups, that should not drop off tonight.

The Atlanta Hawks do have several high quality defenders in their rotation but none of those are in the backcourt. Trae Young has been historically a poor defender and he is not able to do much to stop Rose, who has a size and strength advantage over him. Bodgan Bogdanovic and Kevin Huerter lack the footspeed to keep in front of him whilst Lou Williams is not someone that has been considered a lock down defender either so there really is no one on the Hawks who can stop him one on one. If they do try to double team him, it could allow the space for players like Randle and RJ Barrett to rediscover their scoring form, something the Hawks would look to avoid.