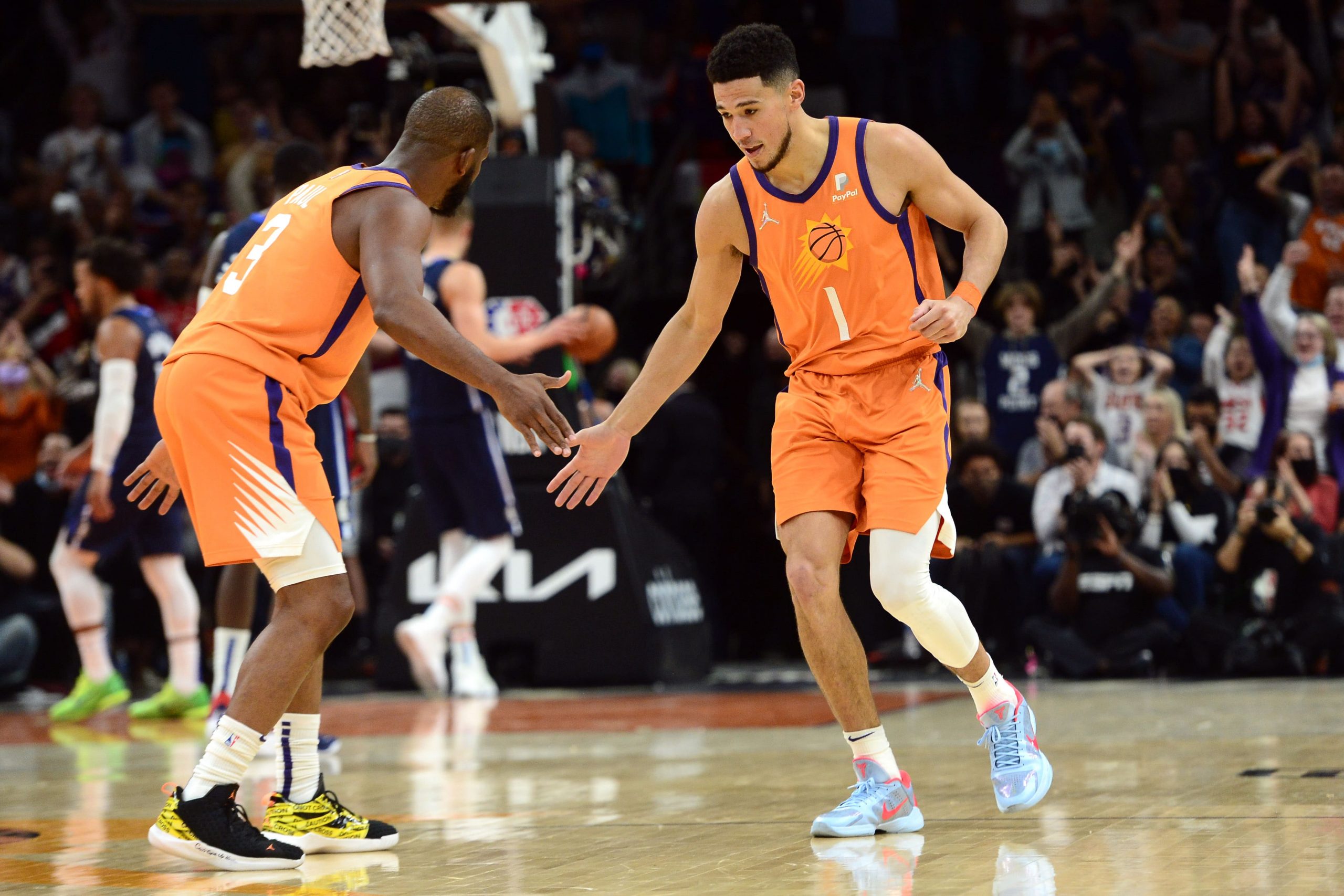 Sunday is ruled by the NFL but we can still bet a little NBA. And if we’re going to bet a little NBA, then why not make it a parlay? Not just any parlay, a mega parlay. Even if you have no idea who to take because you’ve been studying too much NFL, we have you covered. Just head over to the Pickswise NBA page and see what our experts have to say. It’s so easy.

The first one comes from our guy Germantas Kneita and it’s a double move. I love the double move because they come at sweet, sweet YOLO prices. Germantas is saying take the Suns and the under and he has a 2-star rating on both. That’s good enough for me. The Suns have won 11 straight games and there’s a chance Nikola Jokic could miss this game. Even if he doesn’t the Suns have been dominant lately and I don’t see that changing tonight. This is a great start to the parlay.

Our guy Nick Galaida is all over the New York Knicks tonight with a 2-star rated move on New York +5. The Bulls are still missing Nikola Vucevic and Patrick Williams, which doesn’t move the needle for Nick but I think it means something. Nick likes the fact that New York will be playing with a rest advantage and they are 3-0 in that situation on the season. Chicago will be playing in front of their home fans for the first time in 11 days which creates a nice trap situation. I think we should follow Nick on this one and include the Knicks in our parlay.

The last play in the parlay comes from Matt Wiesenfeld and it’s only a 1-star move but I like it. The guy can really sell you on a play with his write-ups even if he only slapped a 1-star on the move. He likes the Warriors to slow down the Raptors since they are the No. 1 ranked defense in the NBA. Toronto likes to play small, which leads to them being dependent on hot outside shooting. The Chase Center isn’t the place for teams like that and for that reason, I think following Matt is a good idea.