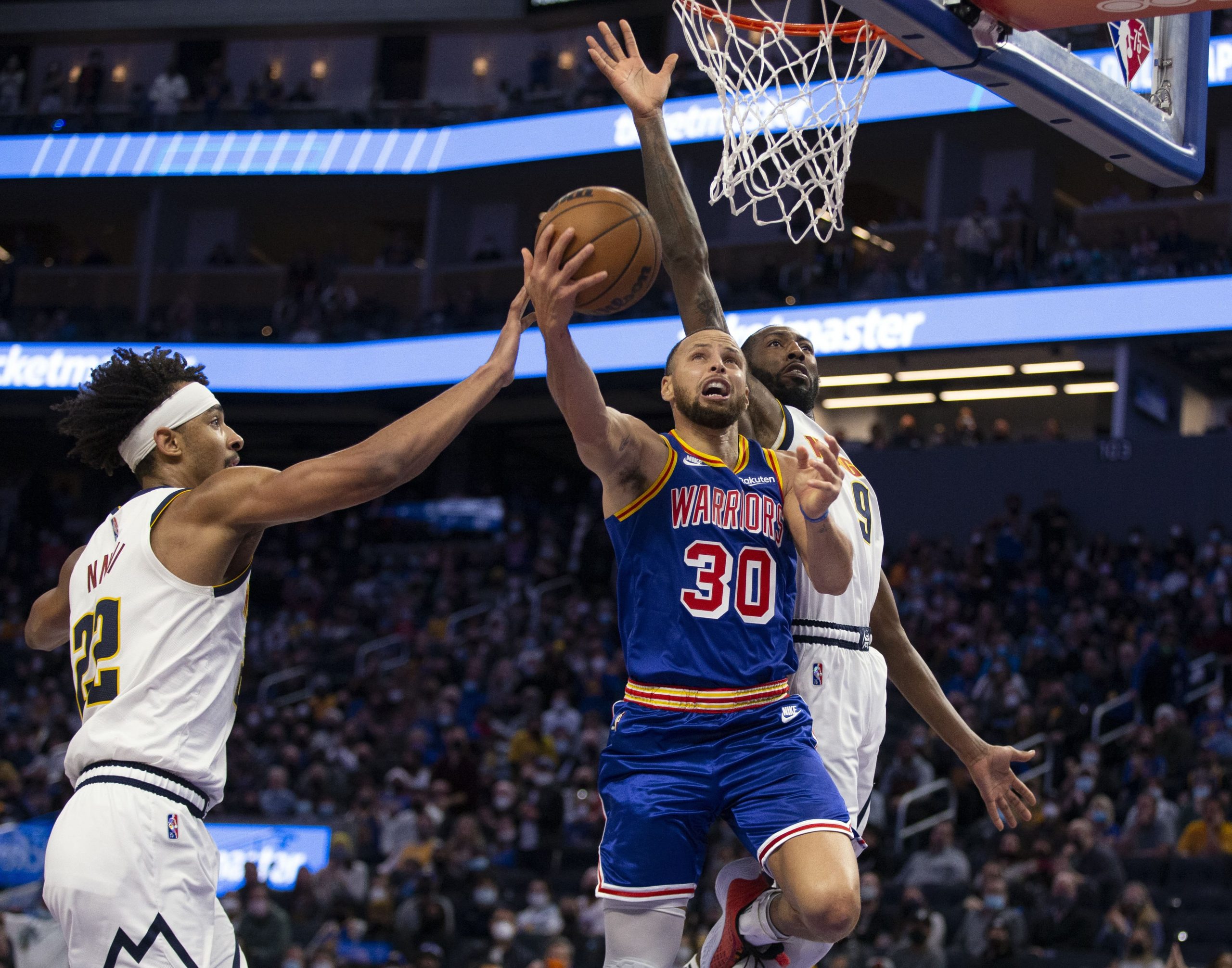 With the Golden State Warriors winning close to 80% of their games this season, they have not lost to many teams. They will get the chance to immediately avenge their most recent loss, as they will be taking on the Denver Nuggets for the second straight game. With the reigning MVP Nikola Jokic taking on the greatest 3-point shooter of all time in Stephen Curry, we have decided to put together a same game parlay for the action. Check it out below.

And as always, you can find full previews and predictions for all of the days NBA games here.

The Warriors have had issues dealing with opposing big men all season and tonight should be no different. Jokic was able to bring down 18 rebounds when these sides met on Tuesday, with the Serbian big man now averaging just over 20 rebounds per game in his last 3 outings. The Warriors situation on the interior seems to remain the same, with Kevon Looney and Nemanja Bjelica slotting into the 5 spot with Draymond Green out. Neither player is a particularly strong rebounder which should allow Jokic to dominate once more, especially with the size advantage he enjoys over his Serbian compatriot. With Looney not providing any floor spacing and allowing Jokic to remain around the paint, rebounds should come easy for the reigning MVP.

Over the last 2 games Will Barton has been trending in the right direction with his scoring. He followed up the 17 points he scored against the Los Angeles Clippers with 21 points against the Warriors in his last outing. With Jamal Murray yet to return and Michael Porter Jr. being out for the season, The Nuggets have been looking for a second option to Jokic. With the defensive attention the big man is likely to draw here, shot opportunities should not be an issue for Barton. He is currently shooting at a 37% clip from deep this season and is an established cutter. With Jokic likely getting double teamed in the paint, Barton should be well positioned to use his skill set and get buckets tonight.

Curry has been taking a ridiculous number of 3-pointers in the month of December. The first game of the month he attempted 11 against the Suns, but since then has put up 12 or more shots from deep in 11 straight games. Curry is making close to 40% from deep on the season but shot an uncharacteristically low 35% when these sides last met. He was still able to make 5 of the 14 shots he attempted, and if he can return to his usual efficiency this over go over.