HomeAnalysisNBA AnalysisNBA Tuesday mega parlay (+1072 odds): Let's make it 2 in a row after cashing on Monday 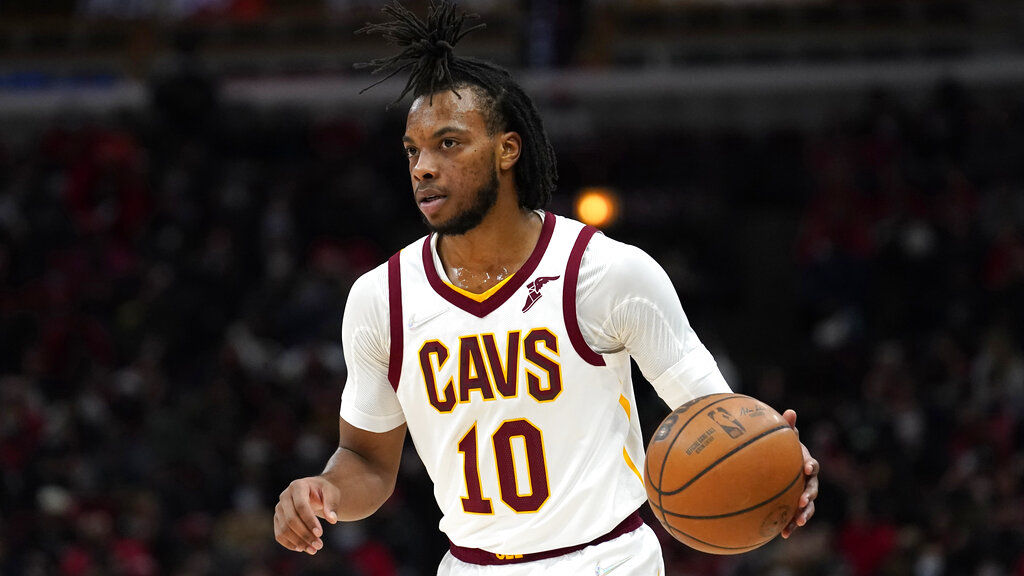 We have a solid slate in the NBA today, with a handful of interesting games. What better way to celebrate than by going for a big payday on Tuesday? That’s right; we’re back with another mega parlay, NBA edition.

I just hit this mega parlay yesterday at +1070, so now let’s make it two days in a row! We’re going big and bold again, so let’s not waste any more time. But before we dive in, don’t forget to check out our free picks on the side and total for every NBA game today.

To start off this mega parlay off we have the Cavs, who have come through for us time and time again as part of these. Cleveland is coming off a road loss against the 76ers, but you can’t really hold that against them. Joel Embiid dominated, and Embiid was uniquely prepared to neutralize the advantage the Cavs usually have in the front-court. Atlanta won’t be able to do the same. And right before the loss to Philly, the Cavaliers had won eight of 10 despite missing a bunch of guys due to injury.

They don’t get nearly as much respect as they deserve, but the Cavs are giving up the fewest points per game in the entire league and have two All-Stars in Jarrett Allen and Darius Garland. The Hawks on the other hand have lost four of five, and their only win in that span came against the lowly Pacers.

To give us the odds boost to truly make this a mega parlay we have the Hornets on the money line. Charlotte’s recent results don’t look great, but it has been playing a brutal schedule against all the best teams in the East. The only reprieve the Hornets got lately was when they got to play the Pistons a couple games ago, and they demolished them by 22 on the road.

Getting better than 2/1 against a team like the Timberwolves that isn’t exactly intimidating is too good to pass up. Minnesota is coming off a really close game it barely won against an Indiana team that is actively trying to lose, and right before that the ‘Wolves had lost back-to-back games by double-digits to the Bulls and Kings.

We are wrapping up this mega parlay by grabbing double-digits with the Clippers. This Clips team is so scrappy that you can never count them out, even when they’re extremely shorthanded. They are always going to put up a fight, so any time you can grab this many points with them it’s very appealing. In their most recent game they were big underdogs against the Warriors, and they won outright by 15.

In their game right before that they beat the Mavericks on the road despite Luka Doncic dropping 45 points. The Suns have been winning a bunch of games recently, but it’s not like they’ve been blowing teams out left and right. Only 3 of their last 12 victories have come by more than 10 points, so I’d be wary of laying 13 of them against a really well-coached and disciplined Clippers team.