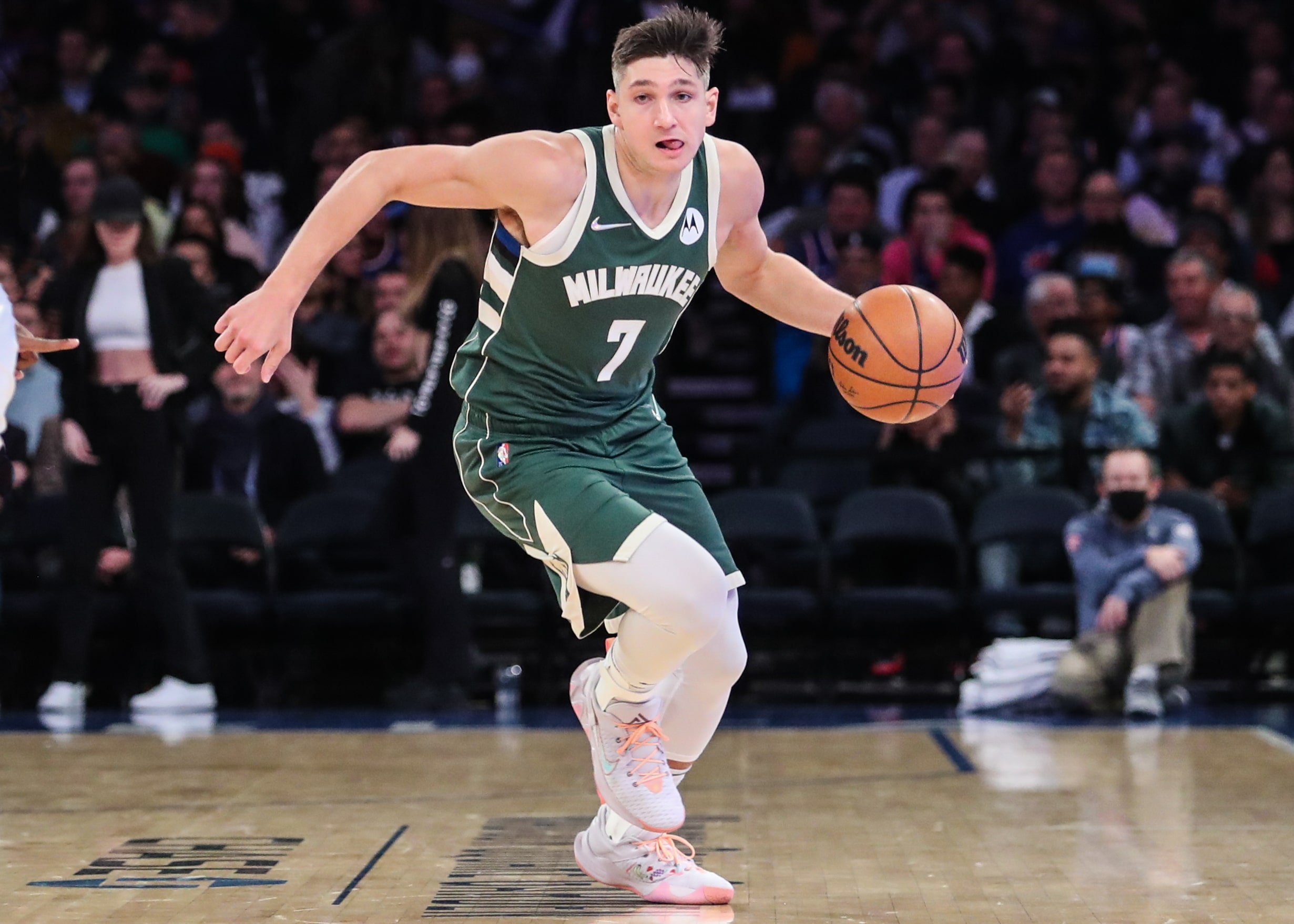 This is a nationally televised game at 7:30 pm ET. We have to bet this one. Not only do we have to bet it, we should also probably have a same game parlay going. We’re talking the Los Angeles Lakers and the Milwaukee Bucks here, people. We need this. There are a few injuries and with injuries come opportunities for the “other” guys. We’ve seen it million times. As a result, here’s what I have cooked up for tonight.

This is galaxy brain stuff here. Khris Middleton is coming back for the Bucks tonight but I don’t care. I don’t think he will matter since he hasn’t played in weeks. If you ask me, I bet he’s a decoy tonight. Sure he’ll take a few shots, but I bet his presence leads to open looks for Allen. If Allen gets open looks, he’ll knock them down. Its science. In his last 4 games Allen has been on fire nailing at least 5 threes in 3 of the contests. The only time he didn’t was when he drilled 4 of them. He just shouldn’t be +460 to hit 5 3s tonight.

The wild card is this kid…but is he though? He came in and took 19 shots from the field last game and played 37 minutes in a blowout. The Lakers seem to want to give him minutes and he obviously isn’t afraid to shoot the ball. In the Lakers’ last game against the Bulls, Horton-Tucker dropped 28 points so it’s not like he’s being asked to do something he’s never done before. Sure Anthony Davis was kicked out of that game but he played 27 minutes before being asked to leave. I think Horton-Tucker has a real shot at 20 points tonight and is misplaced at +240.