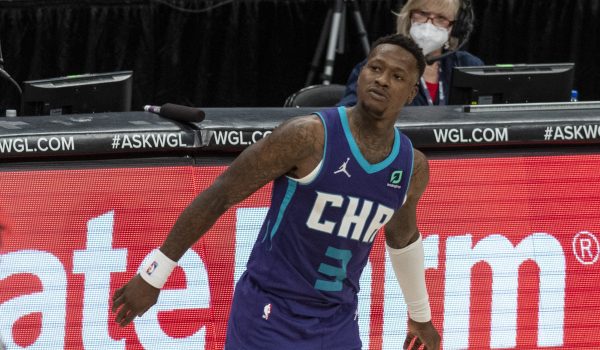 A new week is here, why not celebrate by going for a big payday? That’s right, we’re back with another NBA mega parlay, this time a three-teamer with a payout north of 20/1 where we’re counting on the Hornets to pull off a big money line upset in one of the slate’s early games. We’ve been rolling recently, with a bunch of recent parlay cashes, so why not follow it up with even more winners on Tuesday?

There’s a lot of buzz around this Knicks team, and that’s understandable. After all they’ve endured, Knicks fans deserve this. However, the hype is starting to get a bit out of control, and these odds are inflated. Sure New York has won six in a row, but the best team they’ve beat in that stretch are the barely above .500 Mavericks (not counting the Lakers without their two stars). Right before this six-game winning streak, the Knicks had lost five of six.

The Hornets just got a huge morale boost when it was announced LaMelo Ball would likely be back sometime next week, and they’re fighting for their playoff lives. They’re coming off a big win over the Trail Blazers, and there’s simply no reason for them to be a +200 underdog against a team they’ve been neck and neck with all season, even with the injuries they’ve accumulated. It’s also possible Devonte’ Graham returns here after missing the past couple of games.

Be sure to check out our full game preview for Charlotte Hornets vs. New York Knicks.

The Hawks should win this one in a blowout. Orlando admitted defeat at the deadline by shipping out all their good players, and they’ve been a dumpster fire since. They’re just 5-21 in their last 26 games, with many of those defeats being lopsided. Six of their last eight losses have been by double digits, so I’m not concerned about laying this hefty spread with the Hawks.

Atlanta is in a complete opposite boat, as they’ve been on fire the last six weeks or so. Since the start of March, they’ve gone 17-6 in their last 23 games. They’ve got the kind of offensive upside I’m looking for when laying double digits with a team. The Hawks just beat the Pacers by 12 last time out, and Indiana is obviously a bit better than Orlando.

I think the Blazers have a very good chance to pull an upset and hopefully bring this mega parlay home. Portland is always hard to beat at home, and the Clippers have been much more vulnerable on the road this year. Kawhi Leonard just came back from a foot injury, and only played 23 minutes on Sunday. Four of Los Angeles’ last six games have come against the Pistons twice, the Timberwolves, and the Rockets. They’ve gotten to play a lot of the league’s worst teams recently, and the one time they really got tested in that span, they lost to the 76ers. I think oddsmakers have overreacted to Damian Lillard’s absence, and the Clips are still without Patrick Beverley and Serge Ibaka.