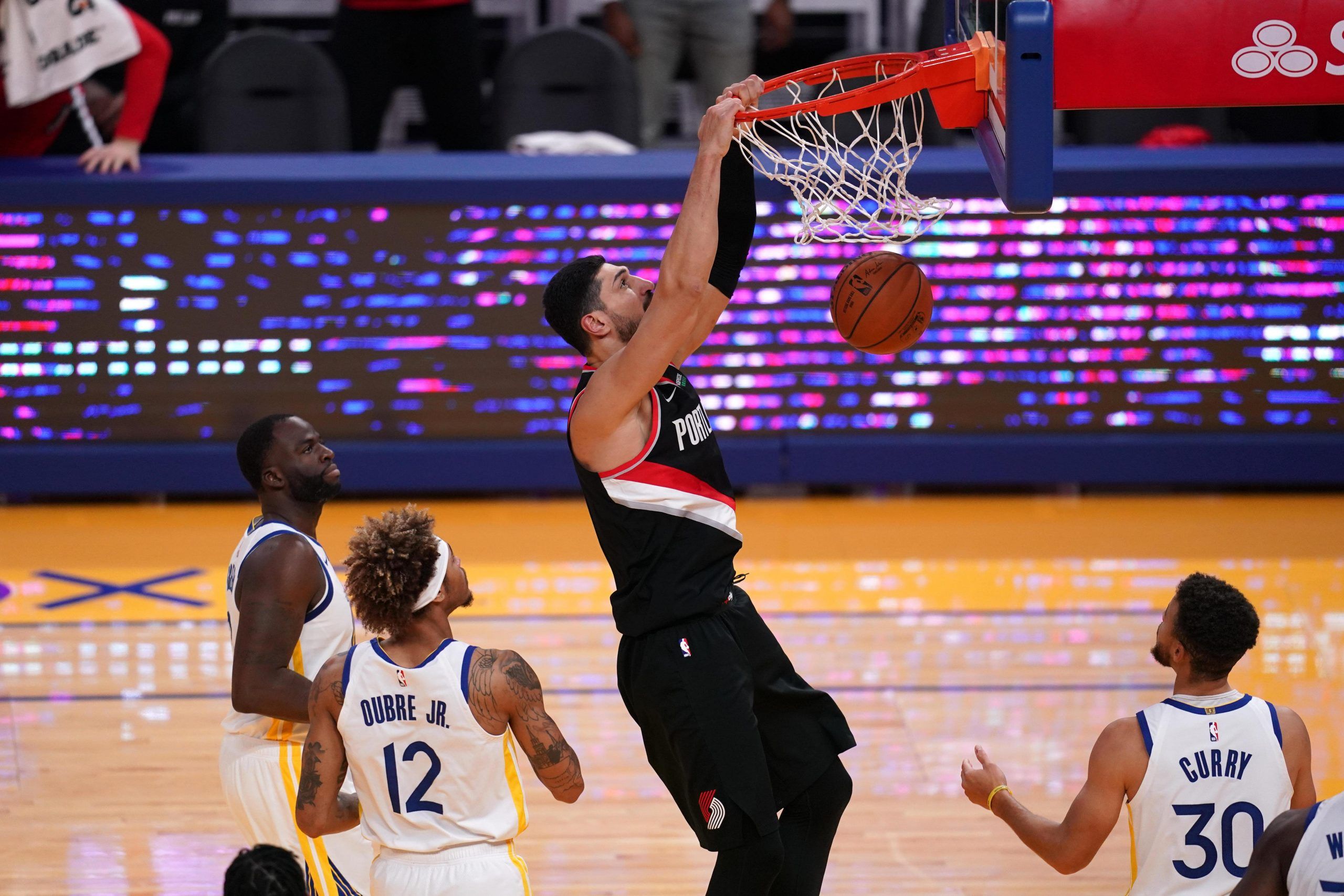 The second game of the ESPN doubleheader will see the Golden State Warriors taking on the Portland Trail Blazers. It also represents another opportunity for Damian Lillard and Stephen Curry to battle it out for the title of the league’s best point guard. These teams split their games in Golden State and now that the battle has moved to Portland, Lillard should be dead set in aiming to avenge the 62 points Curry had in their last game.

Here is a look at a same game parlay for you to consider in this exciting matchup, but be sure to check out our full game preview for picks on the side and total.

This game has a couple of gunners on each side, but since we are confident of this game staying under the total, there are bound to be rebounds up for grabs tonight. The two guys selected to reach their rebounding milestones should not be directly matched up against each other throughout the night, which should mean that they are not going to impact each other’s totals too much. Draymond Green is the leading rebounder for the Warriors and he should be able to draw in a few boards that would normally go to Kevon Looney or James Wiseman, as they will likely focus on keeping Enes Kanter away from the paint. Both legs should have a chance here tonight.

The Golden State Warriors are limping into the All-Star break. They defeated the Charlotte Hornets on Friday evening but were noticeably exhausted in a sloppy fourth quarter in which they were lucky to hang on for the win. They have also recently been blown out of the water from the opening tip-off by Lakers and played most of the game down nearly thirty points. The Warriors are currently on a three-game road trip and have been poor away from home, winning just seven of 17. The Blazers on the other hand are well rested and in the midst of a home stand, where they currently have a 9-6 record.

The Golden State Warriors have not even come close to a total of 235 in six of their last eight games. The Trail Blazers have not hit 235 in any of their last five games. It is a little bit perplexing to see this total get released so high considering the results and the fact that the Warriors rank bottom-half in offensive efficiency and in the top-three of the NBA in defensive efficiency. Now that the Warriors have their big men back, their pace is slowing which should stop this from getting out of hand.

The league second-best offensive rebounder meets the team that gives up more offensive rebounds than any other in the league. He is likely going to be matched up with Kevon Looney in this one, who offers little in terms of shooting for the Warriors. Look for Kanter to be able to roam the paint all night and gather rebounds for fun. He has hit this total in three of his last five games and should do so tonight too if he gets close to the 30-minute mark. Considering this one is expected to go down to the wire, that should not be an issue.

Portland rank 23rd in the NBA in opponent rebounds per game, allowing an average of 46 of them per night, and someone on the Warriors will have to collect them. Since coming back from injury, Looney had not managed more than six in a game and has just one in each of his last two games. Besides, he will be too busy trying to box out Kanter in this one. This is where Green should step in and pick up the slack. Before going off injured against the Lakers, he was really starting to pick up his rebounding numbers, having three games with two totals of nine and 12 against the Hornets. Look for him to keep that kind of run going tonight.

Make sure you also check out our same game parlay for Brooklyn Nets vs. Houston Rockets at +1611 odds!