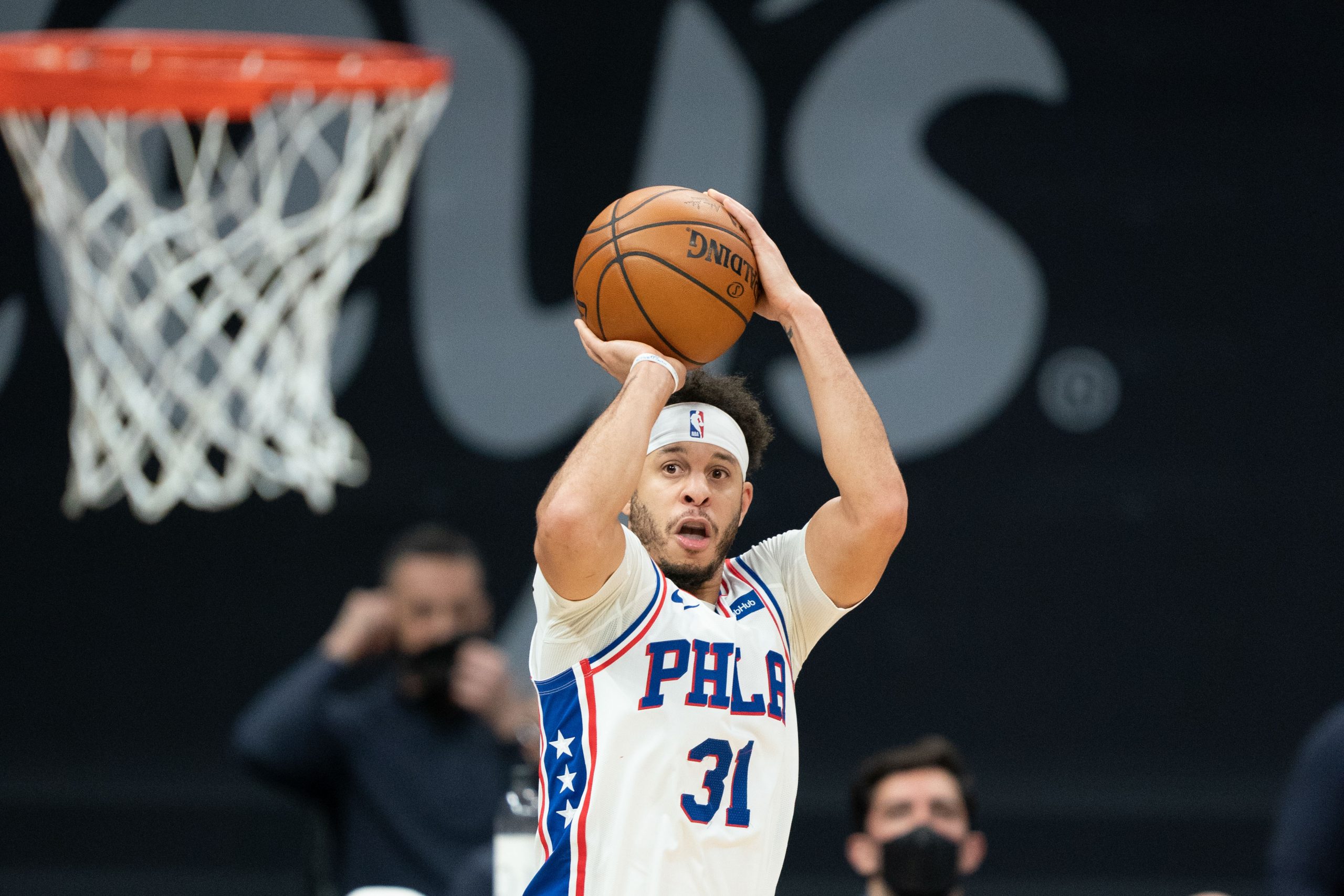 We have an ESPN double header tonight that kicks off with an exciting top of the east clash between the Milwaukee Bucks and Philadelphia 76ers. Whilst it should have been an almighty clash in the paint between two MVP frontrunners this season, sadly Embiid will not be playing tonight. We will however get to see Ben Simmons run the show and a win here tonight for him could add more fuel to the fire that he needs a team of his own. Do not forget to check out the full game preview here. In the meantime, lets look at the selections for this parlay.

We expect the Bucks to come out on top here tonight in what is likely to be an up tempo and high scoring encounter. The two player prop selections reflect that as Giannis will most likely be leading the charge for all scorers tonight whilst Seth Curry will look to continue his hot scoring from his last two games. These selections are unlikely to affect each other directly whilst both coming in would certainly help the over selection for the game total. Lets take a look at a detailed breakdown of the picks.

The Bucks have won all three of their games since the All-Star break and four in a row in total. Since a four-game losing streak in mid-February, they have gone 9-1. Jrue Holiday has been key to their resurgence as the team is 5-1 after his return from injury. This game will be a big test for the 76ers. They will be playing one of the top teams in the Eastern Conference, with no rest, and without star Joel Embiid. Those three factors could add up to a disaster for them here tonight. Embiid is an MVP calibre player who scores close to 30 per night and that kind of production is close to impossible for them to replicate. Without him, the Bucks should be able to dominate the paint and cover the spread here.

The total on this one is telling me that the oddsmakers are expecting the Bucks to be able to set the pace where they want it. In three games since the break, the Bucks have not scored less than 125 points and sailed past the over by at least eight points. With Ben Simmons now being the leader of this 76ers team expect them to get out and run and match the Bucks pace here tonight. Simmons and Antetokounmpo are some of the best in the league at grabbing the rebound and pushing the ball up the floor themselves, something which should lead to an exciting and fast game. This one should go over.

Giannis Antetokounmpo has been building towards a big scoring night at it could very well happen here against the 76ers. He has now managed to score 30 or more in two straight games as he looks to replicate his end of February form, where he managed to do so four games in a row. Each of those games he surpassed the 35-point mark, and it is only a matter of time until he is able to do it again. With the game total being set at 235 at the moment, it looks like there will be plenty of opportunities for that here.

He will be aided by the fact that Joel Embiid will not be on the floor for the 76ers, which removes their best rim protector from the equation. The combination of Tom Bradley and Dwight Howard is unlikely to slow down the MVP, whilst Ben Simmons does not have the size to wrestle him on the inside. He should be effective at finishing at the rim tonight. If he gets fouled, that should not be an issue now that he is shooting above 78 percent from the free throw line over the last 10 games.

With Embiid no longer in the line-up, the 76ers have relied on Ben Simmons to run the offence which has benefited the shooters around him. They were able to knock down 11 threes against a strong Knicks defense and 15 against the Spurs the game before, both numbers being above their season average. Seth Curry has benefited from this as he knocked down seven threes over those two games, scoring just over 20 a game.

The Bucks are currently 26th in the NBA in opponent three pointers per game allowing teams to knock down just over 14 per night. If the 76ers are to make a similar amount here, expect Curry to be at the heart of it. He is currently shooting 44 percent from deep on the season, so he is more than likely to make the most of any chances that present themselves here.