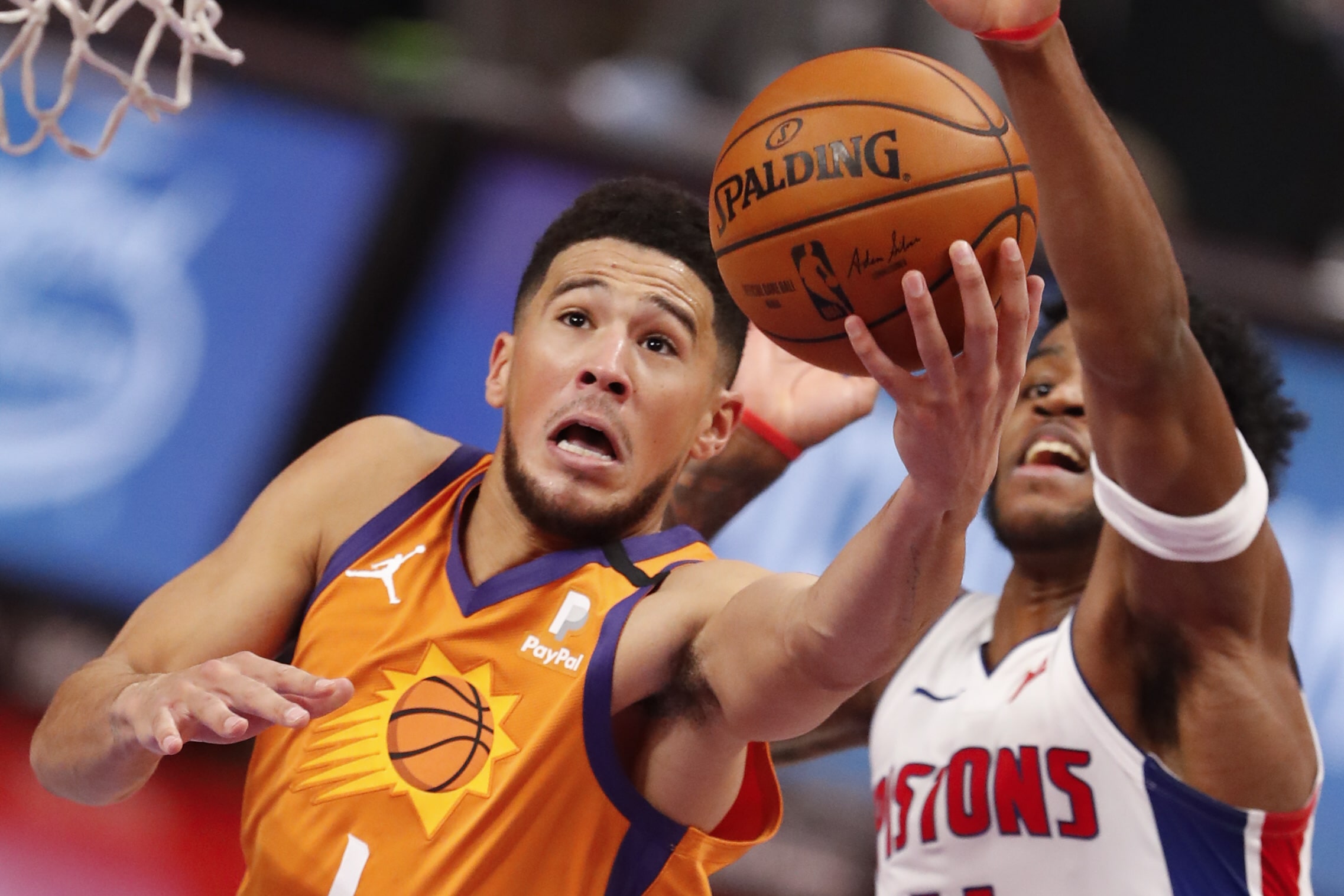 We’ve got an action-packed 10-game NBA slate to get excited for tonight, and part two of the ESPN doubleheader sees the Phoenix Suns take on the Houston Rockets. Houston is still adapting to life without James Harden, while Phoenix is looking to bounce back from a two-game slide.

This one has plenty of storylines and should prove to be an exciting matchup, and we’ve come up with a same game parlay to further enhance the excitement. Be sure to also check out our full preview of this game, which features picks on the side and total, as well as the other nine games scheduled to take place tonight.

This same game parlay features a number of correlating picks and returns very nice odds at just under 11/1 with FanDuel Sportsbook. The Suns should have what it takes to stamp their class on the Rockets, and I expect Devin Booker and Chris Paul to contribute to that success. However, by adding in Victor Oladipo to have a good game, which isn’t exactly a contradictory pick or unlikely, we get a nice boost. Let’s break each of them down.

The Phoenix Suns have built on their success inside the NBA bubble last season nicely, and much of that has been down to the addition of veteran Chris Paul. They may have lost to Memphis on Monday night in a game where both Paul and Devin Booker had rough games, but it says a lot that they still came within four points of winning. Part of that may have been down to rust, as they had their three previous games postponed, and I’m expecting a big bounce-back performance here.

The Rockets are still without John Wall as they continue to come to terms with the departure of James Harden. Victor Oladipo looked hot in his debut for Houston, but those are still some big shoes to fill and there isn’t a lot of depth past him and Christian Wood. Phoenix is a lot more stacked and I think their class will shine through in this one.

Devin Booker had a woeful performance against Memphis on Monday, converting just five of his 21 field goal attempts for 12 points, and I can see him having a big bounce-back game in this one. He should be highly motivated to get back on track and, as mentioned above, I think it was partly down to working off the game rust having not played in nearly a week. Prior to that game, he had scored at least 23 points in his last five, including 33 points against Washington. Houston’s defense has been poor this season and Booker should have plenty of chances to sink some buckets.

Chris Paul is another who I expect to have a solid game. This line already looks a little low considering Paul is averaging 8.4 assists per game and has had eight or more in seven of his last 10 games. It’s also worth pointing out that he’s reached double digits in two of his last three games. This pick is partly down to playing the percentages, but also one where Paul should have plenty of opportunities to get assists on the board given the number of points the Rockets are leaking.

Victor Oladipo had a tremendous debut for the Rockets, scoring 32 points against the Chicago Bulls, and although I don’t expect him to reach that figure again it does indicate that this number is a little low. Oladipo was aggressive in his first start for Houston and should retain that mentality as he looks to prove he can go some way to filling the void left by James Harden. With Wall out, he will be relied upon to put points on the board alongside Christian Wood, and should go some way to making that happen. All things considered, this number is too low not to include and doesn’t exactly contradict our other three picks for this same game parlay.